Finding Thalhimers: “It needed a monument”

We sit down with Finding Thalhimers author Elizabeth Thalhimer Smartt to learn more about her book, her family, and her “obsessive quest” for the true story of one of Richmond’s most beloved department stores.

As Elizabeth Thalhimer Smartt and I sit down to talk about her new book Finding Thalhimers, I comment on how nerve-wracking this whole process must be for her: the release of not only a book she has written, but one that chronicles the history of her own family. 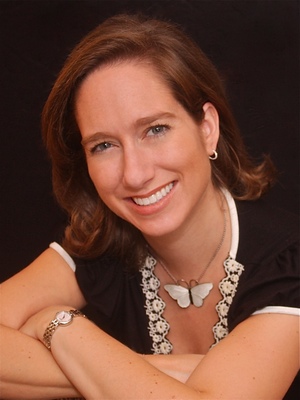 A logical sentiment, considering Elizabeth has been working on this book for about a third of her life.

Although she officially began writing Finding Thalhimers while working on her Masters in English at VCU (it started out as her thesis), Elizabeth’s “obsessive quest for the true story of her family and their beloved department store” goes back to 1997 when she was a rising senior at Wake Forest University. A visit in New York with a distant cousin and a family photo album rescued from the trash set Elizabeth on a path of family research that stretched out over 12 years. She’d end up with a book she calls a monument to the Thalhimer family’s 150 years of hard work to make their store the Richmond institution it was…and still is for the generations who remember it.

“Since there’s no real building [anymore], it needed a monument. I feel like this is the monument,” she says, gesturing to the book. “I don’t want a statue. This is it.”

Striking a tricky balance between history and memoir, Finding Thalhimers gives a compelling and complete account of the famous merchant family’s history; Elizabeth begins with “the first Thalhimer” in 19th century Germany and takes us all the way to the May Company’s 1992 purchase of Thalhimers and the demolition of the iconic building on Broad Street in 2004. What could have been a straightforward telling of names and dates is made more accessible (and entertaining) by Elizabeth’s choice to include a warm and sometimes heartbreakingly honest account of her own experiences uncovering her family’s history — a move she avoided at first, thinking she wasn’t all that important to the bigger picture.

“I was just the storyteller,” she says.

Encouragement from fellow writers finally convinced Elizabeth weave her own story into that of her family.

“I go to a writers’ retreat every summer, and the women at the retreat really helped me see that my story was interesting…they also told me to write what I wanted to write. I started realizing that was part of what I wanted to write: that I’d become obsessed with telling this story, the things that happened to me along the way, and how I connected with it personally.”

Elizabeth’s terrifying experiences living in New York on September 11, 2001 are placed up against tales of her ancestors watching Richmond burn during the Civil War. William Thalhimer Jr.’s memories of the historic Richmond Room lunch counter sit-in of 1960 are followed up by a 2004 encounter between Elizabeth and Liz Rice, one of the African American students who took part in the protest. The arrangement of these stories (and others like them throughout the book) seems quite intentional, yet not calculated. The past gives context to the present, the present shows the importance of the past, and you’re left feeling there’s no way the book could have given you one without the other — it just wouldn’t be the complete Thalhimer story.

“[The book] really shaped who I am, which I hope comes through…that it was a coming-of-age experience,” Elizabeth explains. “I feel really close to all of the generations that came before me that ran the store. I feel grateful that I’m the one who’s able to tell this story. As a writer, you can’t ask for anything more than to be given a story, a perfect story wrapped with a bow. It’s just a perfect story.”

As a lifetime resident of this city, the name “Thalhimer” has great significance to me because of both the store and the family’s role in creating Richmond treasures like Maymont and the Virginia Historical Society. So when I get the chance to talk to Elizabeth, I have to ask the question that’s likely on the minds of fellow Richmonders: What was it like to grow up as a Thalhimer?

“I don’t know any other way to grow up because that was just the way I grew up,” Elizabeth says. “People did have expectations, and I probably didn’t meet a lot of those. I’ve never been very fashionable. We should not stereotype,” she adds with a chuckle.

However, the fact that Elizabeth is “a Thalhimer” might have some worried they’ll be reading a biased account of this family’s story.

“I tried to be really objective in my research, and I tried to tell the story as honestly as I could,” she assures me. “There’s a little [of the family’s] dirty laundry but, for the most part, there wasn’t a lot of dirty laundry to be shared, so it made it really easy to be honest. It’s not an exposé,” she laughs. “The story lent itself really well to an honest telling. But I’m sure there’s bias, as with any writer. I couldn’t avoid that, and I didn’t want to. I wanted it to be very personal.”

Elizabeth also made sure that every piece of information (even down to individuals’ mannerisms and quirks) could be thoroughly documented. At one point, Elizabeth’s editor told her the book might be more entertaining if she took a little artistic license and invented some dialogue. Elizabeth opted to stick with the facts.

“I felt like that might take away a little bit of the integrity from all the research I did, and I just didn’t want it to be fiction. Yes, I could make it a sweeping drama, a rollicking read, but I just wanted to stay true to the story. And, you know, we can do that when we get to the movie version,” she laughs. “Steven Spielberg, he’ll take some liberties.”

Despite her family’s prominence in Richmond, Elizabeth  recalls that when she moved to New York after graduating from college, the name “Thalhimer” obviously didn’t mean much to anyone. She faced similar responses from literary agents up north when making her rounds with Finding Thalhimers several years later.

“I pitched it to a couple agents from New York. They were interested, so I sent some proposals. Then they said they were worried they couldn’t actually sell it because it was so regional,” she says, shrugging. “I thought, well, Thalhimers was such a grassroots company in the beginning…what if I did it that way? What if I was just completely entrepreneurial about it, published it locally, hired local designers?”

Elizabeth joined forces with Wayne Dementi of Dementi Milestone Publishing (a family business out of Manakin-Sabot) and enlisted the help of popular Richmond artist Noah Scalin to design the book’s cover. The only person she didn’t hire locally was her editor, Erin Niumata.

“I wanted somebody who didn’t know Thalhimers to assess the book, to make sure the story held up,” she explains.

Elizabeth isn’t particularly concerned about potential readers not being familiar with Thalhimers; she’s certain her family’s story has a wide appeal.

“People can relate to the era of shopping downtown, how special that was, and how we’ve lost that. It would be my dream for the book to just live on as this monument to the era of the department store.”

Starting Saturday, October 16, Finding Thalhimers will be available for $25 at local Barnes and Nobles and independent booksellers (and on Amazon.com and BN.com). You can pre-order a copy on findingthalhimers.com now. All are welcome to join Elizabeth and her family for a book launch party/Thalhimers reunion that afternoon from 1pm to 3pm at the Virginia Historical Society.