You only have until the 18th to take advantage of this offer but there will be 1/2 price admission January 19th through February 28th.

You can stroll into the Lewis Ginter Garden without opening your wallet through January 18th (while the Garden Cafe is closed). Be warned they are closed today due to the ice.

Those not in the know might think there is no reason to head to the Garden during the winter but those nay-sayers would be wrong. Not only are there still plants strutting their stuff outside but inside the Conservatory it’s a tropical paradise filled with orchids and other topical plants.  Even the non-blooming plants around the garden make for a pretty scene. 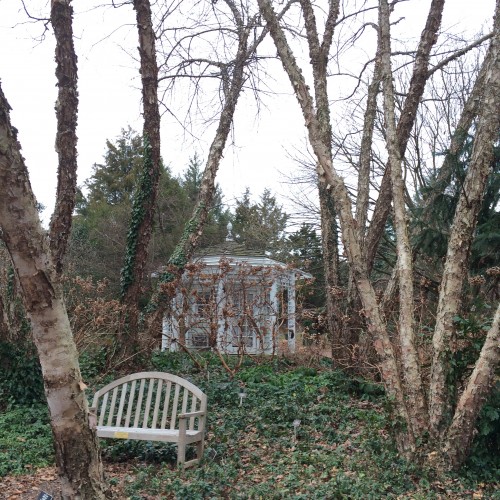