Celebrate a great decision with a great shirt. There is no better memento from this day than a poetic paragraph from the document that mattered most. Justice Anthony Kennedy summed up the court’s opinion on marriage equality in a concise, lovely way that made us feel a little bit better about this world.

100% of the profits from the sale will be donated to Diversity Richmond, a catalyst, a voice and a resource for the regions LGBTQ+ community.

Buy yours here. Don’t worry they come in a rainbow of colors.

A close up of the text. 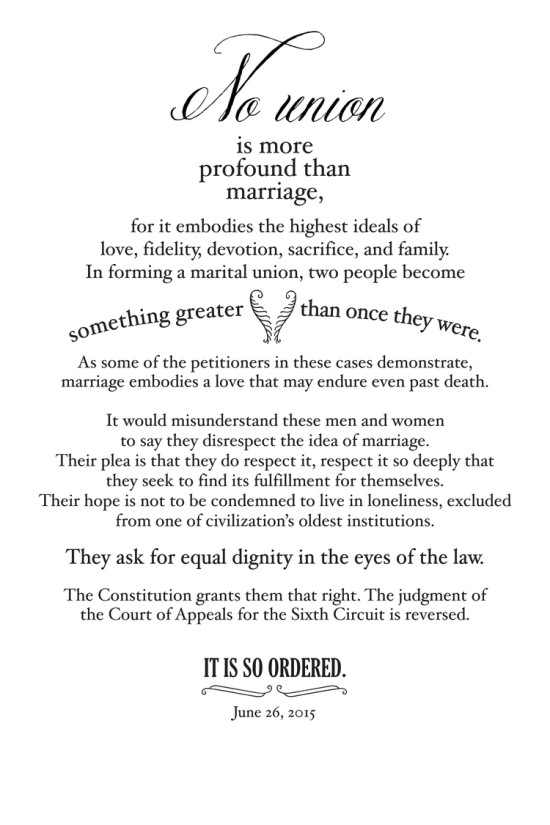