We’ll let you know when we hear a confirmed opening date.

Apologies if this is old news but it’s certainly the first time folks in this office have noticed the nifty sign that has gone up at the old Martini Kitchen and Bubble Bar. You can get a peek at the inside of District 5 on their Facebook page.

One thing for sure is that the beer on the sign is not misleading. They’re going to have a ton of beer options, just look at this line of taps. 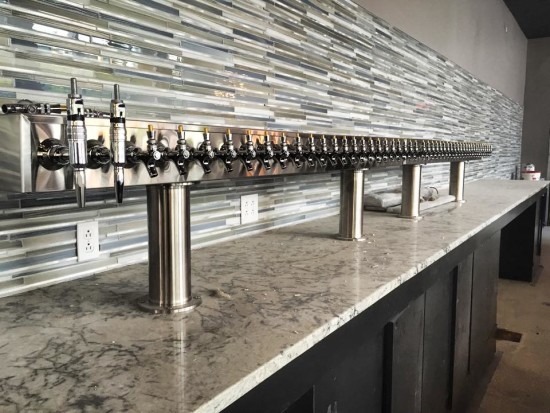