Friday will be the first official day of business. Tomorrow (Friday) marks the first official day of business for the Commercial Taphouse (111 N Robinson Street) under the leadership of beer titan, An Mekong.

As expected there have been some changes. Everyone is praising the modern tap system put in (beer list not available yet but most recent picture of taps is below) because any veteran of Commercial Taphouse knew that the pouring process of every beer was a long drawn out almost mystical experience. The menu has changed and Richmond.com had a preview awhile back. Diners can expect a completely revamped menu with the cheeseburger being one of the few holdovers. In place of the pizza you can expect bahn mi style sandwiches and appetizers such as  crab toast and pot stickers.

From picture it’s obviously been cleaned up, tables replaced, and it looks to be a ton brighter but the one change that isn’t going over well on Facebook is the addition of at least three but possible four televisions. Commercial Taphouse was a nice oasis from the constant barrage of television but as the owners change so does the decor. 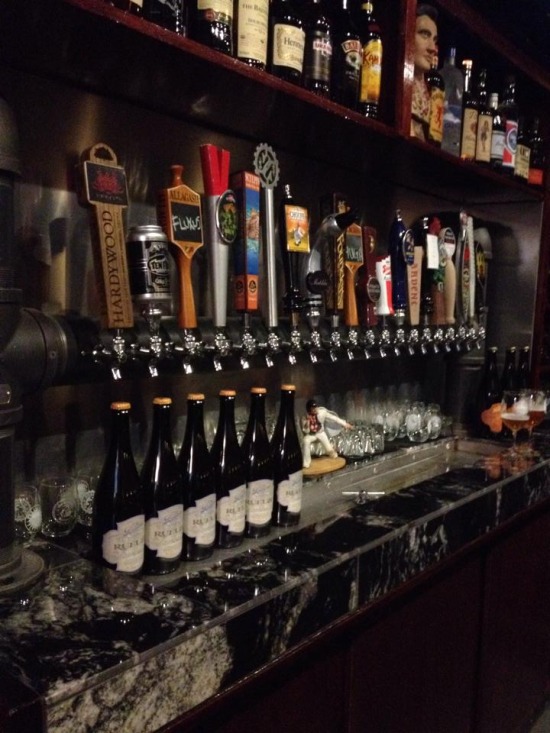