Balliceaux comeback plan and Shoryuken Ramen to serve up lunch

Lots of noodle news and music is on the way to the Fan. When Balliceaux closed for a retooling many, myself included, thought it was the end of the popular restaurant and music venue. I’m happy to report that my concerns were completely unfounded.

Balliceaux is taking on a Thai and Indochine menu. The food in most cases will be spicy and true to the regional cuisine with poetic license. For example, there will be a house made fortune cookie, Virginia Padron peppers with ancient Appalachian sea salt. Fried chicken skins with Nuoc Tuong Pha dipping sauce. Avocado chocolate silk pie with candied Virginia peanuts, mint.

The food will be served non-coursed, tapas style.

The full menu can be viewed at balliceauxrva.com

Kampot will be the name of the kitchen at Balliceaux. It comes from the region in Cambodia that is believed to grow the worlds best peppercorns. Kampot pepper will be used throughout the menu and bar cocktails. The towns of Kep and Kampot are located on the gulf of Thailand near the Vietnam boarder. Since the French occupation in Cambodia Kampot has been a hot spot for recreation and food.

A fully coursed menu will be offered for private events in Balliceaux’s back room.

The Balliceaux beverage program will be headed by mixologists Bong An and Scott Sliauzis. Live music and events will be handled by longtime Balliceaux booker Chris Bopst. 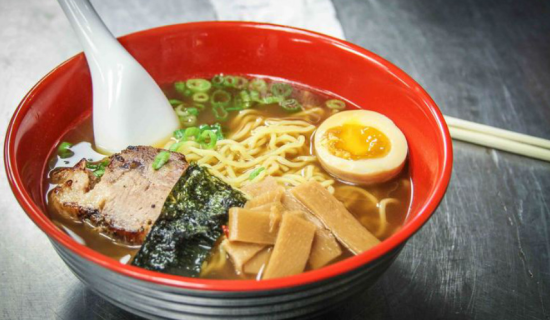 We’ve got noodle news that’ll bring a grin to Fan residents and workers. Shoryuken Ramen (900 West Franklin Street) is currently only available in the evening hours but starting next week you’ll be able to swing by on your lunch break. The lunch menu is a bit smaller so they have enough ramen to keep dinner folks happy.