A pig is coming to visit the library

The pig is named Barbeque. 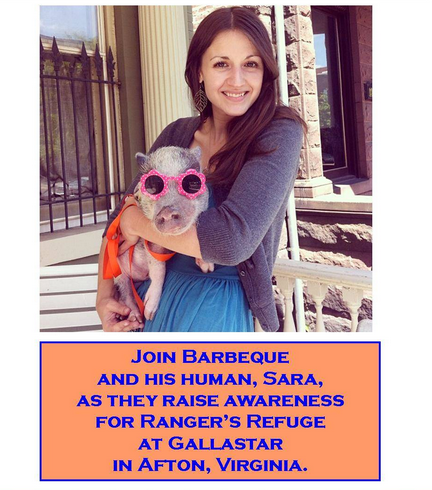 Ranger’s Refuge at Gallastar is a nonprofit sanctuary, dedicated to caring for over 100 discarded pet pigs as well as other animals in need. Many of these animals are in turn used as therapy animals for children.