525 at the Berry Burk had a big test last Friday. The 150 seats inside the 3656-square foot restaurant, located diagonally across from the Carpenter Theater, filled almost simultaneously with theater goers wanting a meal before watching Idina Menzel from Broadway’s Wicked perform.

“It was too much for everyone,” said Thomas Haas, 31, co-owner and visionary behind the new restaurant that has yet to have an official grand opening. “I don’t like learning lessons the hard way.” But as a result the restaurant learned how to better stagger and accommodate such an influx of customers. If anyone can adapt, it’s Thomas Haas.

Haas majored in religious studies at William & Mary. In 2005, he became a partner at Bentley’s on 27, an upscale penthouse restaurant in Charlotte, North Carolina. The restaurant routinely hosted celebrities and the crème de la crème of Charlotte society. But it was the customers not a part of those worlds that meant the most to Haas. The men who were unaccustomed wearing a tie to dinner, the women who would wear a fancy dress for the first time in years, celebrating their anniversary over a fancy dinner. “Everyone should have the best experience possible at all times,” said Haas. It’s his philosophy, and it’s not exclusive to the wealthy.

Regularly visiting Richmond while at William & Mary, Haas had an extended stay in the summer of 2008. “Instilled in me is a love for all things history.” Richmond is certainly full of the stuff. But there was more that charmed him about the city: “People in Richmond love Richmond.” 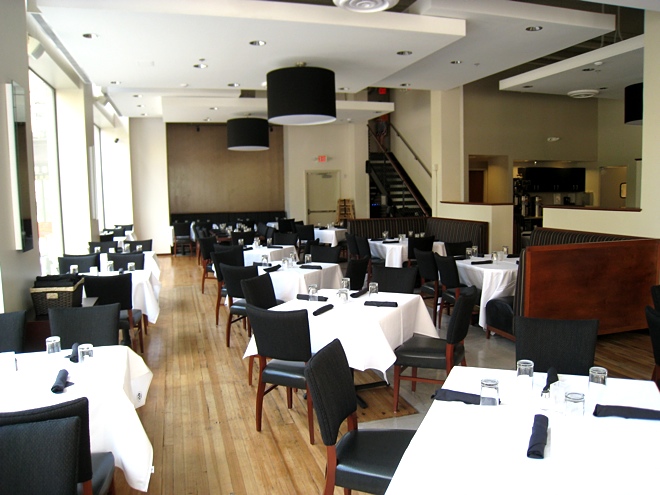 Unlike the past, Haas said that there is no one industry in Richmond. It’s something more. “What Richmond is projecting as ‘true Richmond’ is culture.” He said restaurants and culture go “hand in hand.”

In November 2010, Haas moved to Richmond and began tending bar at Lemaire. While eating lunch at Deluxe in January 2011, friends introduced Haas to a man. That man was James “Jim” Ukrop, former chairman and CEO of Ukrop’s and current board member of Union First Market Bank. Within a month, Haas pitched the idea for a “high-end restaurant with an approach to lower rates.” Haas needed a space. Jim Ukrop had one in mind.

In 1926, the building at 525 East Grace Street was a mens clothing store. It was commonly known as the “fashion center of the South.”1 Now occupied by 31 apartments (Haas currently lives in one of them), remodeling began on the Berry-Burk’s first floor in December 2011. Below existing laminate floors were the Berry-Burk’s original wood and marble flooring, which Haas kept as “the quintessential demonstration of 1920s opulence.” The restaurateur has retained the building’s fashion origins in the restaurant’s decor: the white tablecloths and black napkins evoke a gentleman’s tuxedo and the pinstripe pattern booths conjure a dapper suit. 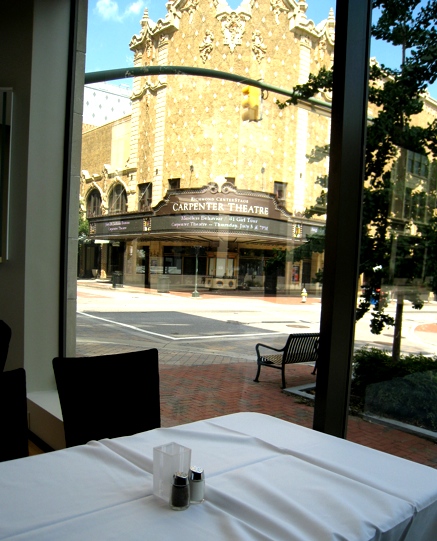 The restaurant offers New American items, to “push the palette” of the city. Haas said that “our value is in the small plates menu.” Not only does it encourage sharing, but “it gives you the freedom to find the dishes you like.” Customers can also turn a small plate item into an entrée size. “I want people leaving here thinking they got more for their money.”

Haas said that he proximity to the Carpenter Theater is a boon for the restaurant, “but I don’t think it will be our anchor.” Haas expects lunch hours to be profitable. He said there are few sit-down lunch options available along the Grace Street Corridor, an area stretching between 1st and 6th streets. The Corridor is primed for further retail and residential growth. That’s right where Haas wants to be.