A new police report tallies violent and major crimes city wide in 2013. RVA saw a drop in murder but a big rise in purse snatching. Violent crime was down four percent in 2013 versus the previous year, according to last year’s crime stats (PDF) released by the Richmond Police Department. Richmond saw 37 homicides in 2013, a drop from 44 in 2012 (a 16 percent decline). The only violent crime statistic that increased in 2013 was individual robberies at 479 instances, up from 468 the previous year (a 2 percent rise). 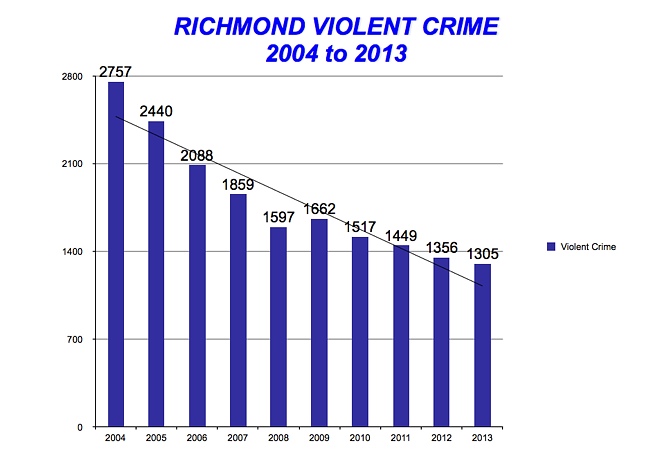 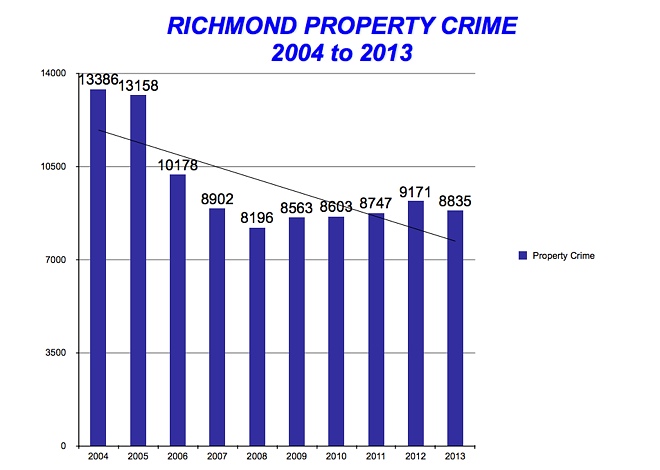 Also of note is this slide showing city-wide and national clearance rates for certain major crimes: 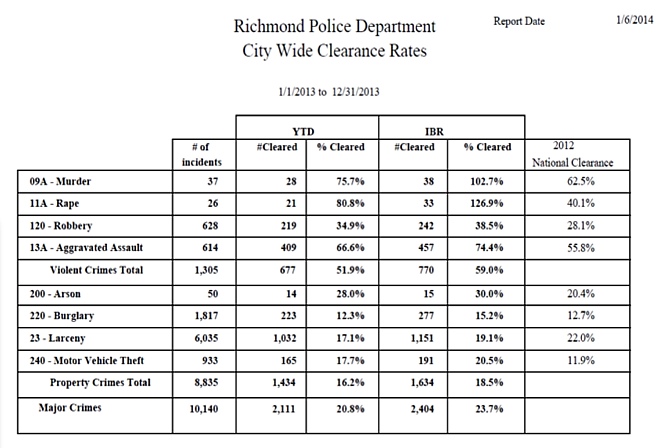 You can download the full report (PDF) or find up-to-date incident reports on the Richmond Police website.