A new picture to whet your appetite. Karri Peifer of Richmond.com has all the details on the opening (April 1st), including new pictures (looks awesome), menu (they’ve got Ramen), theme nights, how to get into the special pre-opening, and much more.

We now have Foo Dog signage up. You may wonder why so many Foo Dog posts, the answer is that it’s right across the street and I’m excited to have dumplings within walking distance.

As you can see from the picture above things are coming along nicely at Foo Dog. The original floors have been saved and will see new life as a restaurant. 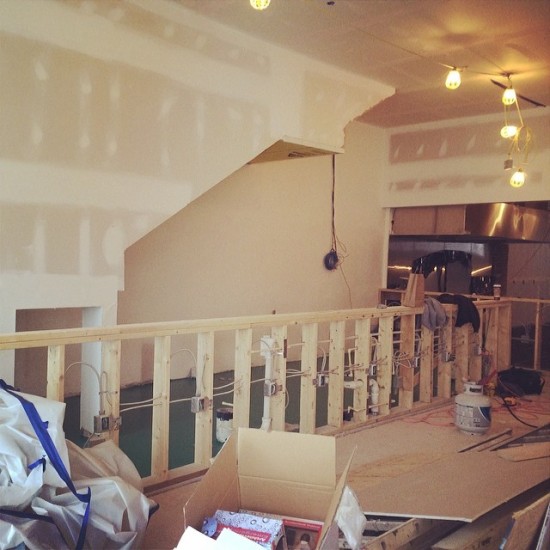 I’ve found that contractors don’t like folks just walking into their job site to take random pictures. Luckily when it comes to Foo Dog (former Main Art) I’ve got an insider who passed along this photo of what’s going on inside.