Weather! Ready for a quick warmup?

I’m in Seattle at the American Meteorlogical Society conference, and I’ve got some pictures from this weekend’s festivities, along with information about an early-week warmup and this week’s impending storm.

It’s been a busy two days, as I’ve attended this year’s 10th annual Student Conference on top of trying to adjust to the Pacific time zone; not something I’m sure I’ve completely mastered yet (and not something that I want to master, as I’m flying back to Blacksburg tomorrow night.)

I’ve got a couple pictures both from the conference itself and Weatherfest – a public science fair on steroids, complete with presentations from various scientific groups, including NOAA, NASA, the United States Geologic Survey, local and national media including The Weather Channel and Accuweather, and other groups whose services are at least tangentially related to the weather. 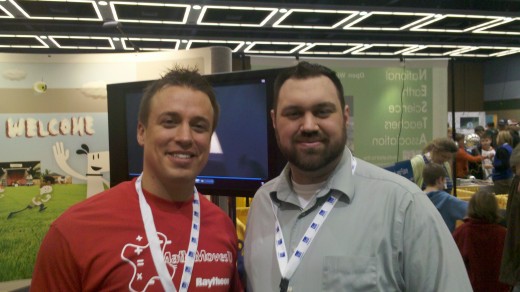 Yours truly with Reed Timmer (L) of Discovery’s Storm Chasers 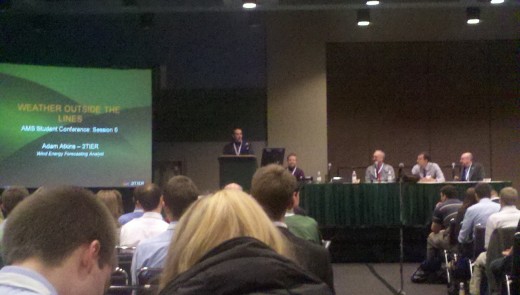 Sunday morning\’s sessions, which included a series of presentations about \”weather outside the lines\” — careers in weather that are off the beaten path. 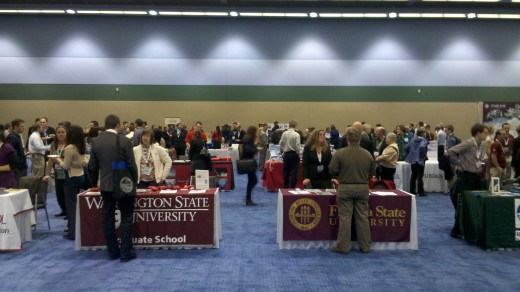 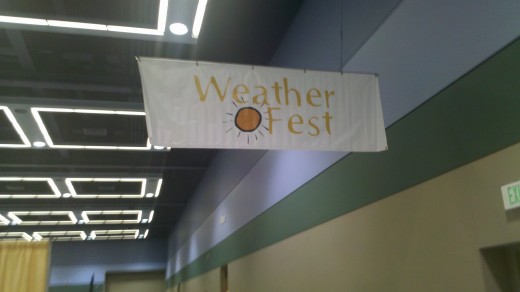 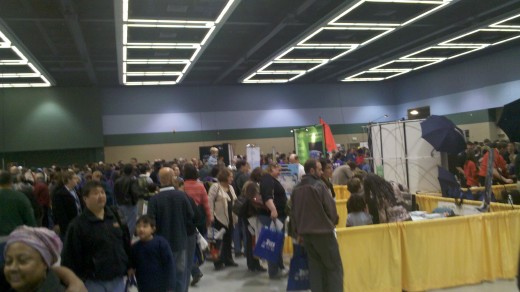 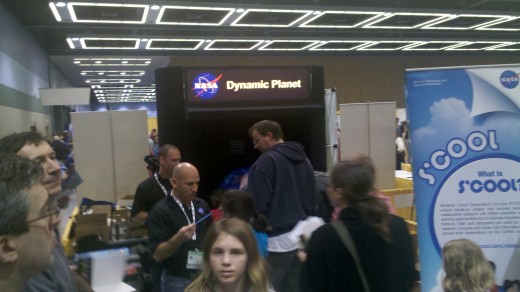 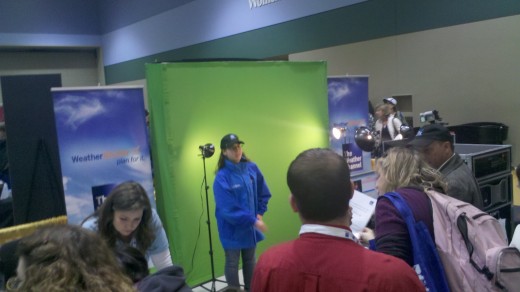 I’ve got to say, it’s been nice being in Seattle this weekend, where the weather has been mild and mostly dry and the temperature has never risen nor dropped out of the 40s the entire time I’ve been here. Jealous, no?

As for the weather in the River City, we’ve got a busy couple days ahead. High pressure off to the northeast will keep Monday at least partly sunny, with highs only in the mid 30s. Some snow flurries this morning will quickly disappear this afternoon, and overnight lows will warm considerably compared to the last few nights, falling only into the upper 20s.

The stage gets set on Tuesday, and a low pressure system develops near the Gulf Coast. It will track east-northeast on Tuesday, headed towards the Atlantic coast. Warm air moving in ahead of the system will sent temperatures soaring on Tuesday, topping out in the upper 40s to near 50 during the afternoon under partly to mostly cloudy skies. Overnight lows will fall only to near 40.

Track is going to the the biggest variable with this storm. The high pressure system that brought this weekend’s cold air to the region is weakening and moving away, and with temperatures reaching near 50 on Tuesday, we’re just not going to have the cold air in place to turn most of the moisture that’s coming with this system into snow. The exact track of the low will determine how much precipitation we’ll see, and how much of that will fall as rain; right now, the best chances for snow will come after the low has passed and some cold air will filter back in around the backside of the low. Essentially, if the system tracks more to the west, then we’ll get more precipitation overall, and more warm air will filter in, keeping the precipitation as rain for longer. If the track is farther east, then we’ll see less precipitation overall, but the change from rain to snow may happen earlier. Unless there’s a major shift to the east (which has almost entirely been ruled out by the models at this point), this will be a mostly, if not entirely, rain event, with the bulk of the precipitation – easily in excess of 1” of rain – falling Wednesday evening and early Thursday morning.

I’ll have another update, with some more details about exactly how much snow we can expect, if any, Tuesday night.