Weather! More activity in the tropics, and a break from the heat

We’re getting a little bit of a break from the triple-digit head of the last two weeks, but it’s not over just yet. Also, there’s another area of interest in the tropics, and this one has the potential to cause some havoc. 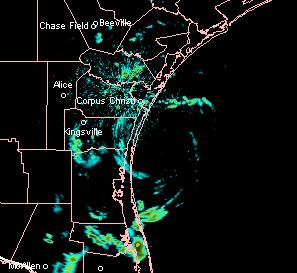 Areas close to the storm at landfall saw generally less than half an inch of rainfall, which is an incredibly small amount for a landfalling tropical system of any size. However, Jim Cantore was able to capture a little something different that this storm brought. 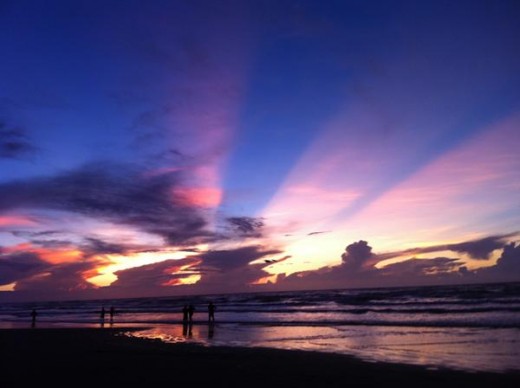 Though Don has now met his demise over southern Texas, the tropics aren’t totally quiet. The National Hurricane Center is monitoring two areas of interest. One of them is located just east of the Yucatan Peninsula, but isn’t well-organized and isn’t given any chance of development. However, the second area, located approximately 900 miles east of the Lesser Antilles, has been given an 80% chance of development in the next 48 hours. A reconnaissance flight is scheduled for Sunday afternoon, and we’ll have a better picture of exactly what to expect from the system at that time. If it does intensify into a tropical storm, it will be named Emily.

We’ve seen a drop in the temperatures (and a slight increase in humidity levels) today, but we still made it to 97 early this afternoon, making this our 13th consecutive day with temperatures above 90 degrees. There’s been storms popping up across central and western Virginia today, and some of these may start sliding into the metro area as the evening progresses, before fading out later this evening. Temperatures will drop into the low 70s overnight.

The heat takes a bit of a break on Sunday. Some lingering clouds along with a higher potential for showers/thunderstorms will keep highs just on the warm side of 90, but a bit cooler than we’ve seen the last couple days. We haven’t been below 94 since July 18th (the first day of our 90+ streak). Plan on some fairly widespread showers and thunderstorms Sunday afternoon and evening, and overnight lows around 70.

We’ll be back in the mid 90s on Monday, with fewer lingering clouds compared to Sunday. There’s still the chance for some afternoon showers and thunderstorms, though not nearly as likely as they were on Sunday. Overnight lows will be back in the low 70s overnight.

If you’re looking ahead to next week, plan on continued temperatures in the mid and maybe even the upper 90s on some days, with variable cloudcover and thunderstorm chances. There’s not much relief from this stretch of the 90s in sight anytime soon.