With the possible exception of Riesling, no wine is more misunderstood by the average American imbiber than rosé. With the possible exception of Riesling, no wine is more misunderstood by the average American imbiber than rosé. Traditional dry rosés, like those popularized by French producers, are fruity yet dry, delivering some of the complexity and aromatics of a red, with the refreshing drinkability of a crisp white. A good dry rosé, is your first line of defense against the summer swealter. I mean, who really wants to drink a heavy, high-alcohol, room-temperature red wine in the dead of August.  

Fortunately, Virginia winemakers are producing some excellent dry rosés nowadays. As with a lot of Virginia wine, these tend to have more in common with their French forefathers than with their cousins on the West Coast. And, whaddaya know, today (May 29th) just happens to be Virginia rosé day! All around the Commonwealth, wine lovers will be drinking rosé, talking rosé, tweeting rosé (#VArosé) and, as a result, probably doing really crappy work at their day jobs.

Your participation is important. Just think of all the pitiful creatures who still remain ignorant of rosé’s charms. Perhaps they’re haunted by the specter of White Zinfandel and all the sweet, sticky “blush” wines that flooded the market in the late 20th century. Perhaps they’re paralyzed by an irrational fear of what drinking pink could do to tarnish their tough guy image. 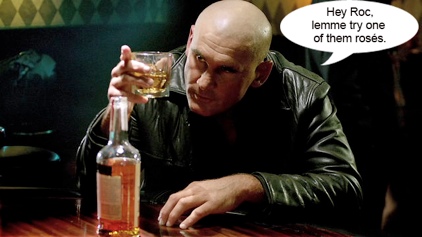 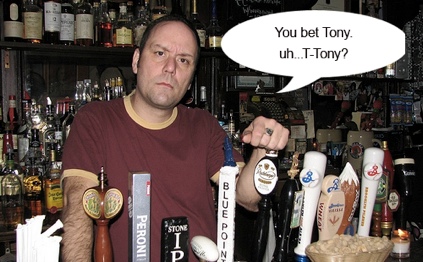 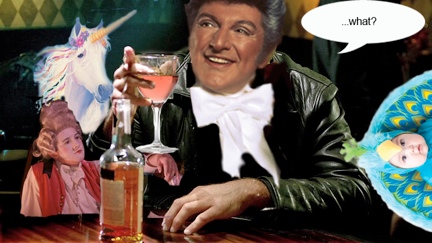 Whatever their malfunction, these poor souls are a dying breed. Rosé consumption has grown exponentially over the last few years and is only expected to increase. Could Virginia emerge as a top New World producer of dry, Old World-style rosé? Well, it’s probably too soon to say. But there are certainly some VA vineyards making a really convincing case for it.

What am I missing? Share your favorite VA Rosés in the comments below.