VCU to participate in 2014 Veterans Classic at the Naval Academy

VCU’s non-conference schedule is shaping up to be one of the best in Ram’s history.

The Virginia Commonwealth University men’s basketball team will open the 2014-15 season in Alumni Hall in Annapolis, Maryland against Tennessee on November 14th in the inaugural Veterans Classic at the United States Naval Academy. Michigan State and Navy will round out the four team event. VCU announced the event via press release on Monday. 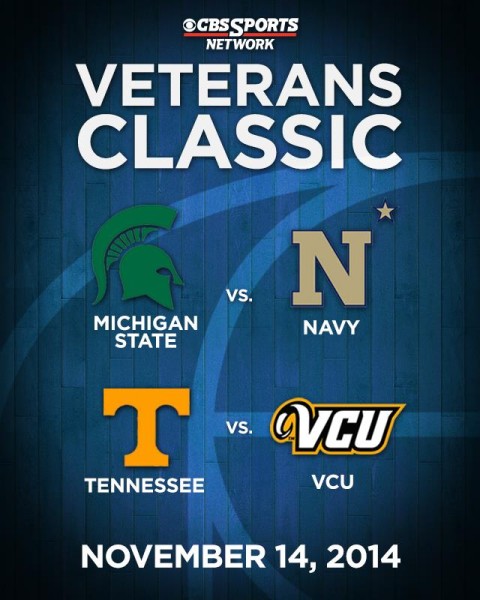 CBS Sports Network will provide complete coverage of the unique event which gives coaches and players a rare opportunity to view what life is like as a midshipman at the Naval Academy.

From touring the ‘Yard,’ to watching noon meal formation and eating lunch with the Brigade at King Hall, the teams will be immersed in the culture and tradition of the Naval Academy. The event will include a number of other unique experiences, including military demonstrations and receptions.

Tennessee made a surprise trip to the Sweet 16 last season behind a veteran squad. Despite a 63-41 record in three seasons, head coach Cuonzo Martin left Knoxville at the completion of the season to become head coach at California. 36,000 Tennessee fans signed a petition to bring back former UT coach Bruce Pearl early in the season.

The Volunteers lost four of their five starters this offseason including likely NBA draft pick Jarnell Stokes. Former Southern Mississippi coach Donnie Tyndall has been hired and tasked with rebuilding the program.

The Rams lost to the Volunteers in 2010 during the preseason NIT Tipoff in Madison Square Garden.

VCU’s complete non-conference schedule will be released later this summer.