You wake up at an ungodly hour and put on the best of your newest back to school outfits. What had been a blissful three months of doing whatever you want amid a limited, carefully curated social circle is about to turn back into the terrifying labyrinth of dos and don’ts that you tried so hard to eliminate this summer through a steady application of chlorine.

You know that Staples ad that they’ve been playing since the beginning of time, the one with the dad prancing around the store, loading his cart with supplies as his children trudge somberly behind him to the tune of “It’s the Most Wonderful Time of the Year?” I always loved it. It’s funny, it’s surprising, and it implies that parents really and truly hate spending time with their kids. What’s not to love?

I’m with the trudgers. I’ve been out of school for ages and ages, and I still dread the end of summer. Yes, I know it signals the end of the cruel heat and humidity and the beginning of apple pies and foliage, but to me, it will always mean, “The days are going to get short, and you’re about to have a lot of work to do.”

Movies have exploited this remembered anxiety for years. High school, the most stressful of stressors, has been the subject of many a film for decades. Who can’t relate to the nervewracking experience of walking into a new school on the first day? Particularly a school full of hormonal, socially inexperienced jerks who don’t have to worry about making rent yet so they focus their attention on making you miserable.

I consulted a friend of mine who watches high school movies like it’s his job. He gave me an extensive list of cheerful peppy teen films, all of which we know already. Can’t Hardly Wait, Bring It On, that kind of thing. And while those certainly have their place, I wanted to round up a list of those films that hinged on the desperate uncertainty of the first day of school.

Think of it this way, rewatching these is bound to help you appreciate your adult life. 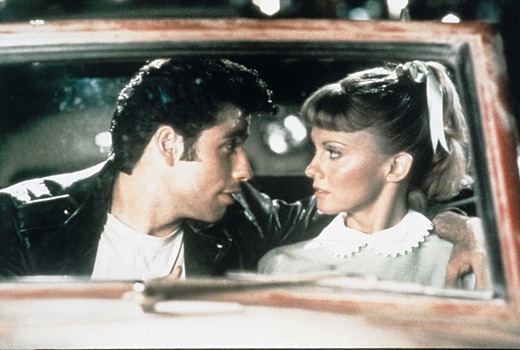 Oh Sandy, you never imagined that the normal, sweet Danny Zuko you met during the most romantic summer of your life would become Joe Cooler Than Thou during the school year, did you? Well, get used to it, princess, because that dude is into fixing cars and bragging about what he did during his hot summer nights. Day 1 of your new school is a rude awakening for you to experience and a timeless delight for us to watch. 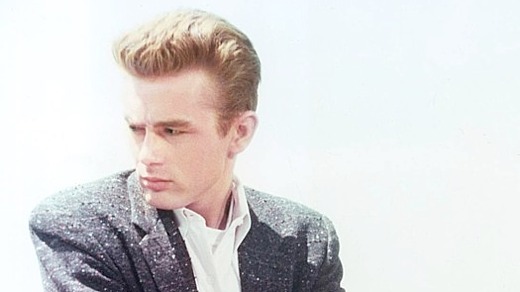 Sorry, Jim, but your serious emotional plight and its growing resonance with teenagers in your day has been overshadowed since this film’s release by the iconic image of you hanging around in a jacket and looking pretty hot. Day 1 is a struggle that runs deeper than navigating your new school’s cliques, and we’re right there with you as you try hard to be a regular kid. The funny thing is, you hang out in fairly preppy blazer more than you do a leather jacket, and contemporary audiences will be surprised to see that you aren’t leaning against walls, being all superior. In fact, you’re pretty much awkward during the whole thing, but we love you anyway. 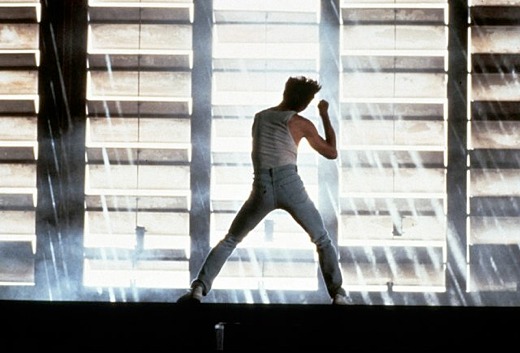 I don’t even know quite what to do with you, Ren. You show up in a small country town and blow their equilibrium to smithereens by instilling in the local teens a love of…dancing. Sure, that kind of thing sort of makes sense in today’s film world, as dance-off movies are popular and fun (do you look forward to catching your remake next month?), but seeing you blow off steam in 1984 by rage-dacing in a warehouse is both startling and hilarious. Day 1 showed your new school just what it was messing with: an arrogant asshole with fancy, fancy feet. I’m surprised you didn’t get beaten to a pulp. 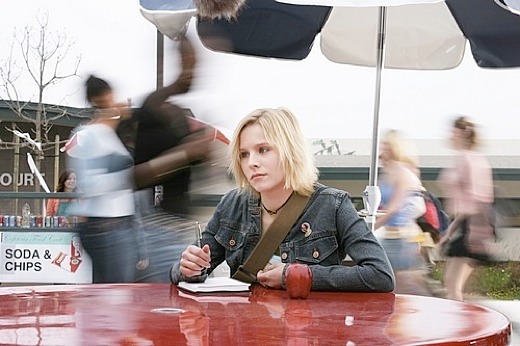 Don’t get on my case, Veronica, I’m aware that you’re not a movie (yet). But your show’s so good that it oughtta be. You weren’t new to your school on Day 1, but a whole lot has changed since last year. Over the summer, you transformed from homecoming queen material to wisecracking loner with way better hair, and you had your reasons. Really, really good ones. It’s time to bring those rich jerks down. 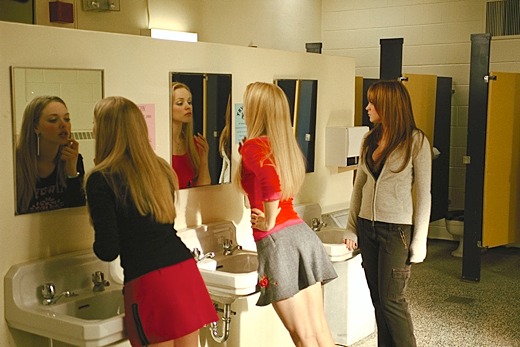 Cady, you’re not on an African safari anymore. Day 1 at your new suburban school has you playing with the most vicious big cats you’ll ever meet, and boy oh boy are they ready to sink their teeth into you. Popularity queen Regina is a terrifying villain, and, frankly, your naivete makes you easy prey. We’re rooting for you because your plight is so realistic, but we have our doubts. We all had our Reginas. It’s nature’s way.

So good luck during this school year, kids. Don’t forget to create one or two scenarios in which you’re likely to be bullied for being a witty oddball. If all your high school stories are about fitting in perfectly, no one will ever take you seriously as an adult.