The paw paw: AKA the West Virginia banana

The paw paw! It’s the largest edible fruit native to the United States, and Richmond is overflowing with the things. Looks like the paw paws are coming in a bit early this year!

Pony Pasture trails are dripping with these guys if anyone's interested in partaking #rva #pawpaws pic.twitter.com/UjeYI0pQvm

The paw paw (AKA pawpaw, paw-paw (AKA wild banana, prairie banana, Indiana banana, Hoosier banana, West Virginia banana, Kansas banana, Kentucky banana, Michigan banana, Missouri banana, the poor man’s banana, Ozark banana, and banango)) is the largest edible fruit native to the United States, and is abundant here in Richmond. If you’ve ever been down to Pony Pasture, Belle Isle, or Buttermilk Trail, odds are you’ve walked or ridden or floated right by a paw paw patch and didn’t realize it.

The trees grow slim and tall along the riverbank and under the taller trees along the floodplain, with large almost tropical looking leaves. The paw paws spread by sending up suckers, so the trees grow in dense patches of genetically identical plants (e.g. a paw paw patch). Once you ID what the paw paw leaf looks like, you’ll start to see the trees all up and down the river. 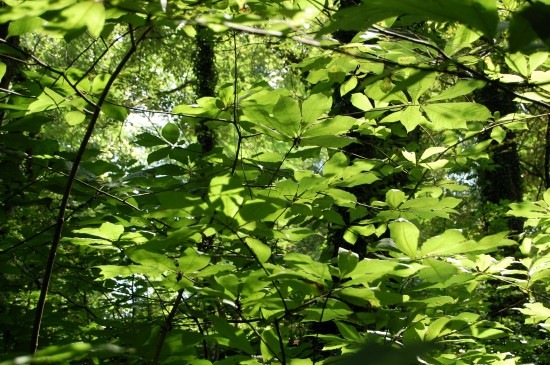 The paw paw fruits are about the size of peach, but are smooth and oblong. They have an outer skin and seeds the size and shape of large butterbeans. The fruits start off a light green color, but become yellow or brown as they mature. The paw paws fall off of the tree just before ripening in late August or mid-September, and is most easily harvested by picking it up and putting it in your pocket. Paw paws can be kept only for a few days at room temperature, or a week if refrigerated, and bruise very easily. 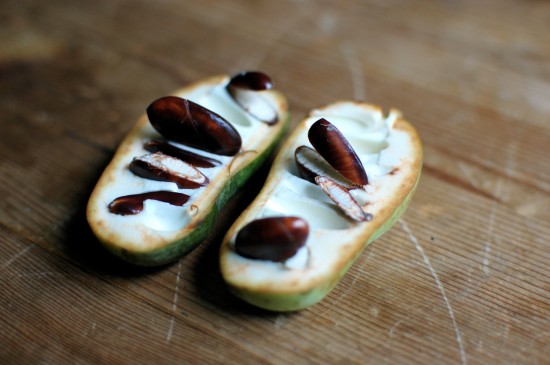 Like apples or bananas, paw paws can be eaten raw. The meat of a ripe paw paw is creamy, with a custard-like consistency and flavor commonly described as a mix of banana and mango and maybe a dash of pineapple or melon. Paw paws can replace bananas in about any recipe, and make a good ice cream ingredient. Chilled paw paw was a favorite dessert of George Washington, and Thomas Jefferson planted paws at Monticello. 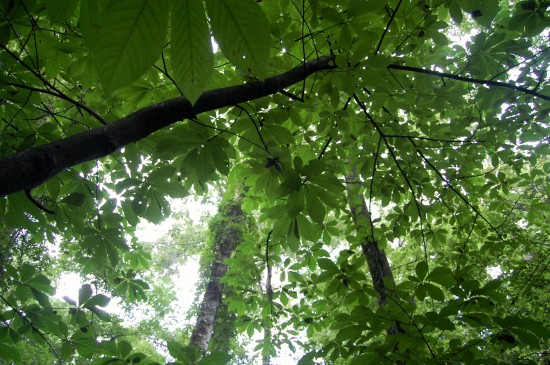 Can you spot the paw paws in the tree? 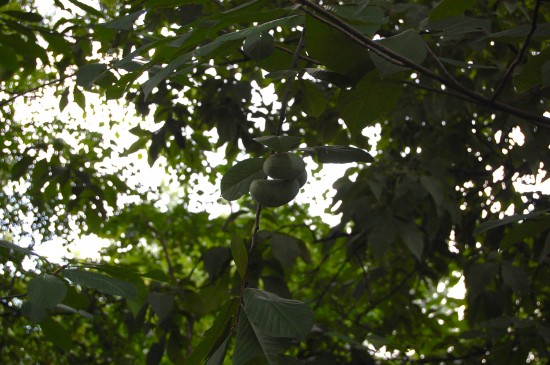