Product-makers are a sometimes overlooked part of Richmond’s growing dining scene, but it’s these guys that could hit the Big Time sooner rather than later. Interested in starting your own food-related product line? Read on. From grocers and farmers to restaurateurs and fine foods producers, it seems like we’re welcoming a new food business to Richmond almost every week. But how did all these entrepreneurs take their best dishes and turn them into real businesses? Can anyone do it, and what advice does this crop of new producers have for the next wave? Urban Choice Mushrooms, Texas Mike’s Hot Sauce, and Pudding Please have all been in the business of growing or making food to sell for less than a year. They sat down to talk about what starting up looks like for them.

For Jake Greenbaum, growing mushrooms was just a hobby. He loved growing vegetables and mushrooms for himself but didn’t see it as much more than that. But as a student in VCU’s entrepreneurship program, he was feeling the pressure to start a business of his own. “It was a lot of banging my head against the wall, freshman and sophomore year of college, knowing I wanted to start a business but not knowing what I wanted to do,” he says. “I played the IT game, trying to figure out, oh you know, I’ll make an app! And then I realized I didn’t have any skillsets for that except for talking. My passion just wasn’t there.”

From that frustration came a realization: Jake loved growing food for people. He pursued horticultural projects around the city with organizations like Tricycle Gardens, and the interest intensified. From there, he used his business education to start thinking of what he could do to solve a problem. It was mushrooms. “The local competition for mushrooms I just don’t think can meet demand,” says Greenbaum. “That was a good starting point for us.” 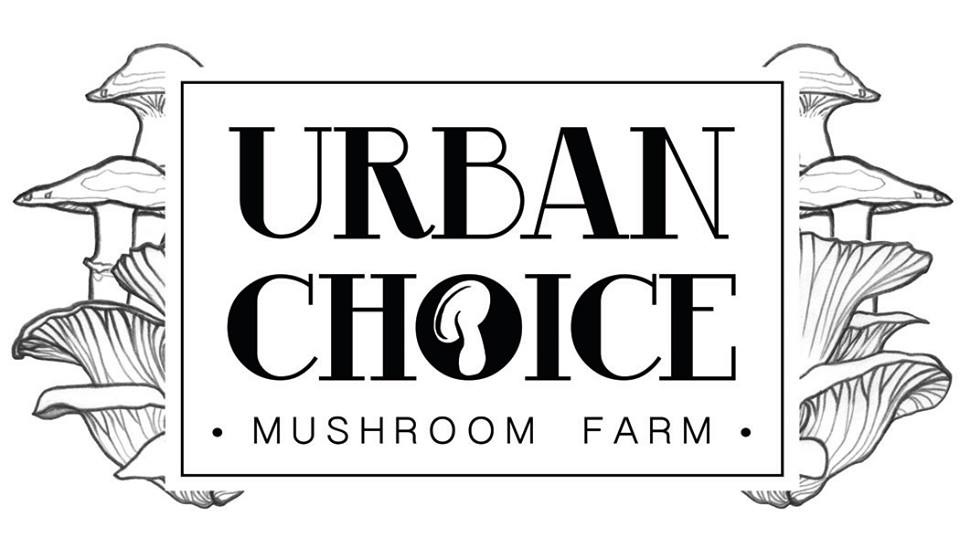 Greenbaum says, “The entrepreneurship program has helped in a few ways. Namely, recently there’s a program within VCU that connects people that are experienced with businesses and growing businesses, and if you’re a student or alumni, they’ll steer you in the right direction. So I got all this financial help. Not money,” he adds laughing, “but planning help and just a lot of connections.”

Early help from Richmond mushroom pioneer Rudy’s Exotic Mushrooms and Produce gave Greenbaum the support and the space he needed to move forward: “They seemed to take a liking to us when we were searching for a spot.” Rudy isn’t the only person Greenbaum credits for helping him get started. He says the exposure from places like Heritage, where Joe Sparatta regularly features their oyster mushrooms on the menu, and the St. Stephen’s Farmers Market, where Urban Choice sells every Saturday, has helped him reach more customers and start bringing in revenue.

Mike Hill doesn’t want to be a hot sauce baron. Hell, the chef behind Texas Mike’s Hot Sauce isn’t even from Texas (but neither is Texas Pete, Hill points out.). For Hill, hot sauce was a byproduct of what he was already doing–cooking. He’s the sous chef at Heritage, and he says of Texas Mike’s, “These projects just come along in the kitchen. It’d be great if this develops to something larger, but at the moment I’m happy with where it is.” 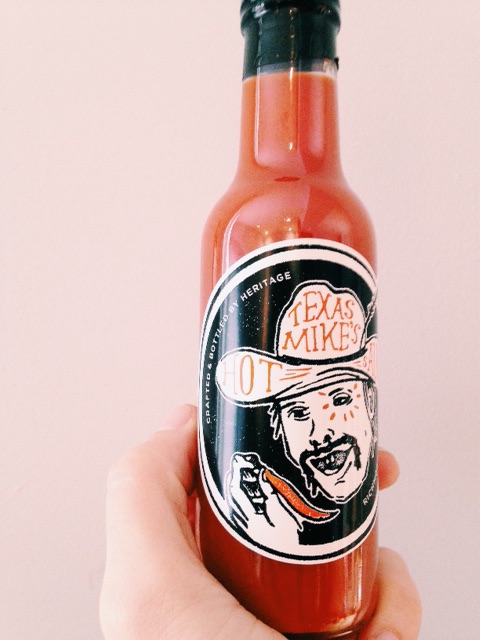 It very well could develop into something more. The interest is certainly there, by way of press coverage, word-of-mouth hype, and at least one retail location chomping at the biscuit to sell the sauce in their store.

“I don’t even know if we could call it a business yet,” says Hill. “[It’s] just something you do around the kitchen. We were getting excess peppers from Victory Farms, so we turned them into hot sauce. It’s just another product to offer other than your basic Sriracha.” They began adding Texas Mike (which was named on a whim minutes before its brunch debut) on several brunch items, and, Mike says, they wanted to have a presentation for their customers that was a little better than sauce in a ramekin. Thus the bottle–and label designed by Skirven & Croft–was born.

Hill says he was lucky to have kitchen space already. Since the sauce is produced from Heritage’s Health Department-inspected kitchen, the steps to production were relatively easy to start. Now Hill and Sparatta are pursuing the regulatory piece from VDACS to be able to sell the sauce beyond the restaurant. “We’re still trying to figure out what hoops we have to jump through for that,” says Hill, who adds that they’re considering the cannery in Ashland for future projects with Victory Farms’ produce, including onion jam and tomato sauce.”

Mike developed his recipe through trial, error, and advice from folks like Southbound chef Bobo Catoe and Pasture’s Bryan McClure, both of whom shared their best hot sauce techniques with Hill. “The word that the FDA probably doesn’t want me to use yet is ‘fermentation,'” says Mike. To make Texas Mike’s they way he’d like, Mike will have to become a master of food safety, creating a hazard analysis plan to prove to VDACs that he understands potential food safety risks and avoids them at every turn. He’ll also have to undergo additional training to sell an acidified food to the public. Once that happens, Texas Mike’s will be fermented for thirty days and aged in rye whisky barrels for another thirty days. That’s the kind of thing that tends to make health inspectors nervous (thankfully for us consumers!), and even though it’s little more than “peppers and acid,” according to Hill, the regulations surrounding selling a fermented, barrel-aged hot sauce in stores are pretty stringent.

Ryan Doherty is your classic example of an assistant attorney general with two small children and a wife with a demanding corporate job who decides to start making and selling pudding in his spare time. Maybe you’ve heard it before?

Doherty’s not exactly flush with time, but with what he has, the attorney-by-day has created a unique business that’s poised to move into retail locations and has already been awarded grant funds from the Local Initiatives Support Corporation’s FEED program. “I’ve had to be pretty disciplined about when it gets done,” he says. This past summer and fall, Doherty sold his pudding at the South of the James farmers market and in Carytown out of a push cart beneath a vibrant orange umbrella, like a giant pudding locator pin dropped on a map.

“I don’t have any culinary background in terms of technical schooling, but I make a lot of food, and I make pudding,” says Doherty. “My wife likes it. The friends that come over seemed to like it. And the more I made it, the more people would come over.” The pudding’s popularity got the wheels turning, and then, Doherty says, “My wife and I are kind of serial thinkers, and we decided that we should give it a shot, and that’s where we are now.” 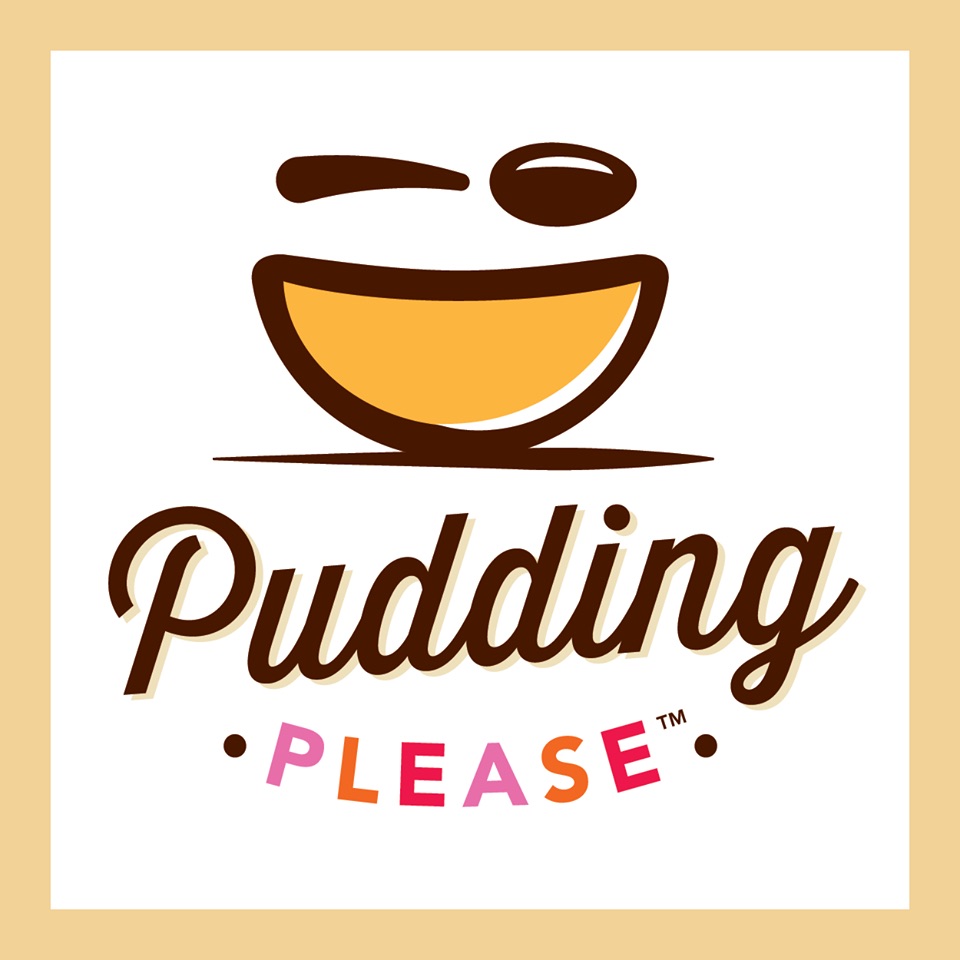 But why pudding? “The ingredients were very simple. You knew what was going into it. And it created something that was very rich. We didn’t see that in the marketplace.” says Doherty. Flavors include Coffee with Brownie Bits, Butterscotch, Grasshopper, Pumpkin Pie, and Banana with Vanilla Cookie. Doherty says he likes to incorporate new inspirations in his recipes as they come to him. “Sometimes it works, and sometimes it doesn’t,” he admits.

For now, Pudding Please operates out of Doherty’s Church Hill home, but he knows that growth will mean changes. Doherty will need to acquire commercial kitchen space and find better sourcing for packaging and ingredients to keep his margins in check as he takes on additional retail accounts. Currently, Doherty is in discussion with Ellwood Thompson’s and Union Market to carry Pudding Please puddings and popsicles. That discussion lead to a package redesign to meet the retailers needs, which has delayed Doherty’s timeline somewhat.

Doherty says diligence is what got him through the application process to have his home kitchen inspected by the Virginia Department of Agriculture. “From my perspective, it just took some dedication. There are hoops. People didn’t make it difficult, but you just have to ask the questions and follow up and make sure you get to the end of the road,” he says.

Doherty sees Richmond as an ideal market for Pudding please, “because the community as a whole is willing to support local [small businesses], and they will go out and actively support them. You get a better sense of the community that way. If you’re willing to push your neighbor up, that’s going to help the entire place. RIchmond’s a good place for that.” But, he warns, “Potentially there’s an oversaturation at some point because there are a lot of food entrepreneurs in this town. So you have to make something that stands out so you don’t have as much trouble fighting for shelf space.”

As Jake, Mike, and Ryan are putting on their coats at the end of the interview, the topic of VDACS inspections comes up again. They all nod in agreement when Mike says, “You just have to jump through the right hoops, and that just takes time…and sometimes money.” All three remark on having gotten conflicting information from health inspectors at the city and state level, at times even within the same office.

Sabrina Liles is a Manufactured Food Specialist for VDACs Food Safety. She handles inspections like the ones Texas Mike’s and Pudding Please must go through. (Urban Choice Mushrooms does not do any processing of the mushrooms, so they’re regarded more like a farmer and not subject to the same inspection.) Liles says the information is there for the taking. Her advice to food entrepreneurs is, “Know your resources!”

Liles says, “Contact information is available in the application and we will be glad to assist you whenever you have specific questions. Virginia Cooperative Extension agents are also available throughout the state to help answer questions.”

“Learn about the product you want to make before you take steps to start a business,” cautions Liles. There are plenty of considerations to be made before opening your own home up for business operations. “Does your locality allow home-based businesses or are you required to use a commercial kitchen? If you have pets in your home, you are required to have an enclosed kitchen so that pets cannot enter the processing area.” And, as Jake, Mike, and Ryan will all attest, it’s important to “consider what starting a business really entails. Producing foods for sale is different than making them for friends and family.” As Doherty says, “It’s a labor of love…and sometimes you do have to labor to love it.”