Spacebomb: History of a process, part 3

Under the right pen the conscience of our society has been displayed openly and we have voices to stand up against our enemies. Most importantly, we possess songs that sit beside us in our greatest need, songs that are realistic projections of the complexity of our human journey.

In the years that followed the heyday of house bands and regional sounds a very interesting change swept the industry, pushing to the side many of the values that Spacebomb holds dear (you can read more about those in part 1 and 2 of this series). Change is wonderful, often reorganizing things in a fresh and satisfying way. The music industry has changed mightily in the last 50 years and it’s this last conversation that might be the most interesting, and relevant to us all. 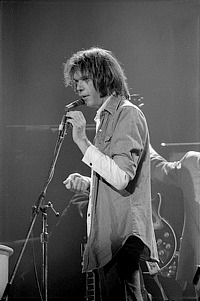 When Bob Dylan released his eponymous debut in 1962, its material consisted of familiar folk, blues, and gospel material combined with only two original compositions. Artists, even the inimitable Bob Dylan, were not encouraged to compose their own material. It’s not, necessarily, that it was frowned upon, but the American public weren’t making self-revelatory songwriting their priority when they went to the record store. The folk revolution of the 60’s, with Dylan as it’s figurehead, began to change all this. The lone singer-songwriter, accompanying himself with a few chords, and singing intimately about himself and boldly about the world around him began a cultural sea-change. Dylan’s political and personal poignancy, Joni Mitchell’s feminine strength, James Taylor’s intimacy, and Neil Young’s deeply personal anthems helped change America’s view of an artist from performer and entertainer into a cultural critic and plaintive diarist.

The emergence of an artist as a self confined unit un-reliant on arrangers, producers, songwriters, and the rest of the outside help typically bestowed upon artists previously resonated with us. Not surprisingly, those things began to disappear and/or change in nature. Self contained units began to dominate the popular music landscape (lead by The Beatles descent on the U.S. in the 1964). As the music and audience began to shift their priorities toward significantly more personal artistic statements the process had to change as well. The idea of one band backing multiple artists certainly was not going to jibe with the idea of a concentrated and deeply independent artistic identity. String and horn arrangements written by strangers were not going to fly, and production ideas handed down from industry puppeteers were decidedly unwelcome. An age of artistic independence was waxing and has yet to truly wain. We still like, to at least think, that our favorite artists write their own songs, produce their own albums and are responsible for all the music that is created on their watch. Which often times in the last 40 years has been the case. For better or worse.

We have gained many things from this widespread refashioning of our aesthetic morality. The independent artistic voice has been encouraged and this has allowed experimentation in many forms to break boundaries in innumerable areas. Under the right pen the conscience of our society has been displayed openly and we have learned about ourselves and about each other. We have voices to stand up against our enemies, foreign, domestic, military, political and otherwise. Most importantly, we possess songs that sit beside us in our greatest need and songs that are realistic projections of the complexity of our human journey.

However, with this wholesale change we have lost some things as well. Singer-songwriters possess many skills and have, as mentioned, given us sublime works of art. But no one can be everything to everybody. In some ways we have lost the truth that thoughtfulness, craftsmanship, and detail that only specialists bring to a work. String arrangers, horn arrangers, sincerely dedicated musicians can be just as strong in their voice against injustice, or their voice that shares their own hope, elation and sadness with us. It is undoubtedly a subtler voice, but one that can support, surround, and encourage a piece of music in powerful ways.

ALLLL that said, Spacebomb Records looks to combine the last century of the American musical experience into our own singular regional dialect of the American musical voice – a mound of sound like no other that embraces the past and looks to the future fearlessly. This is clearly much easier said than done and, as they say, the proof will be in the pudding. Until then I encourage you to treasure anyone who seems to be tackling this new frontier, or any new frontier for that matter. Together we will keep pushing, we cant stop now, moving up a little higher, some way some how.

On Wednesday, Spacebomb’s superlative house band sheds their instruments for a heaping armful of records and a couple of rickety turntables. Armed to the teeth with the roots of the Spacebomb Sound, Pinson the Mighty, Cameron the Wise, and Matthew the Indefatigable will massage your ears, strengthen your mind, and persuade your hips to shake back and forth like the leaves on a tree.