Six 26+ win seasons later, the Shaka Smart era at VCU has finally come to an end. “It has been an extraordinary honor to be your head coach for the past six years. I’m extremely grateful to have had the opportunity to build on the tradition of VCU Basketball. I want to express my deep gratitude for all VCU players, past and present, our coaching staff and all the people that have worked tirelessly to support our program. The leadership of President Michael Rao and Athletic Director Ed McLaughlin has been instrumental in VCU Basketball’s tremendous growth. I also want to say thank you from the bottom of my heart to all the VCU students, alumni, the Peppas and our phenomenal fans that make the Siegel Center such an unbelievable place to play and coach. The ascendance of the VCU program has been and will continue to be about a special group of people both within and outside the immediate team that make VCU Basketball extremely unique. This program’s future is extremely bright. The best is yet to come.”Coach Smart

Smart was named VCU’s coach on April 2nd, 2009. Without much fanfare he made grand plans in his opening press conference before promising to “wreak HAVOC! on our opponent’s psyche and plan of attack.” HAVOC! was wreaked and Coach Smart delivered on the promises while piling up 163 wins, 5 NCAA Tournaments, a CBI title, a CAA Tournament Championship, and an A-10 Tournament Championship. In 2011, he led VCU from the First Four to the Final Four while establishing HAVOC! as a household brand.

Most importantly, Coach Smart was an articulate role model for his players, fans, the media, Virginia Commonwealth University, and anyone who had the fortune to hear him speak.

After the 2011 run to the Final Four, it was clear that Smart would be one of the most sought after coaches in basketball. The past four seasons have been gifts not frequently given to mid-major programs. The details of the offer are still unclear and while Texas isn’t Duke, North Carolina, Kentucky, Indiana or Kansas, it is still probably a top-10 job not worth passing up.

Anyone who has heard Coach Smart talk about how he felt when Coach Bill Brown left Kenyon College can imagine how tough this must be. He would not have left his team behind without a genuine belief that the opportunity was significant. At Texas, he will inherit an program with talent and recruiting potential where even bad coaches would struggle to win fewer than 20 games. 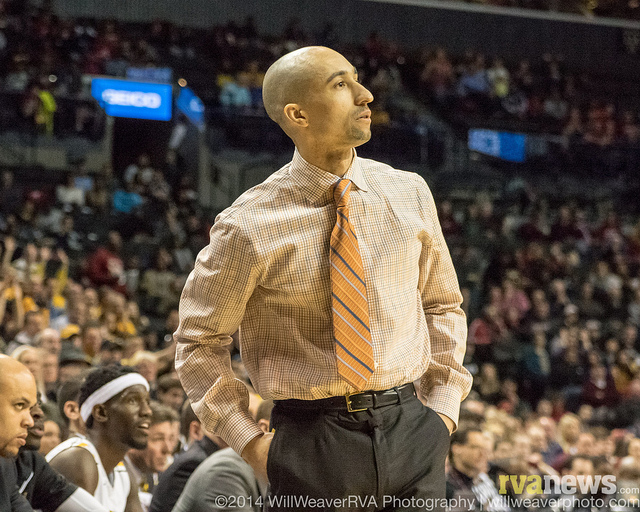 It will be interesting to see if McLaughlin embraces the model of hiring young assistant coaches that gave VCU Jeff Capel, Anthony Grant, and Shaka Smart their chances, or if he departs from that model and hires a bigger profile coach now that VCU no longer has the Villa 7 Consortium and is willing to pay much higher salaries.

Friday morning, VCU will be without a coach for the first time in six years. That will be uncomfortable for a program whose who’s identity is more wrapped up in one man than almost any program in the country.

Fortunately, VCU has assets that transcend any one leader. Some date back to the stepping stone days of Capel and Grant like the VCU Peppas. Others are products of the Coach Smart era: a world-class training facility (coming soon), a 66-game home sell-out streak, top-100 recruits, and national name recognition.

It will be impossible to replace the legend of Coach Smart. It will be challenging to find someone as energizing and articulate as Coach Shaka Smart. But there are enough quality basketball minds that VCU will be able to find someone who can build on this foundation of success and continue to win games for VCU.

For now, VCU needs to thank Coach Smart for six incredible years while hoping Texas doesn’t pay the $250,000 required to get out of a contractually obligated home-and-home series with VCU. Coach Smart has given Richmond more than anyone could ever ask, but his return to the Siegel Center would be a dramatic ending to a tenure that will be remembered as nothing short of legendary.