The results are in! RVANews’s super unscientific survey of Richmond’s romantic life

Valentine’s Day. It exists, and it exists whether you complain about it or not.

Of the entries we had, the overwhelming majority were written by straight females between the ages of 21 and 55, but mostly hovering around the late 20s. Dudes, what is your problem? Have you forgotten how to type? Do you delete relationship memories from your brain as soon as you get the lipstick off your collar? Do you still have collars? Are women expected to get lipstick on them? The world is a weird place.

Most entries were from people in relationships (no word on whether they are happy relationships, but if not, there is hope.) And the neighborhoods repped were largely Museum District, Church Hill, and the Fan, which maybe just says something about where 29-year-old straight females live and maintain their possibly-happy relationships. 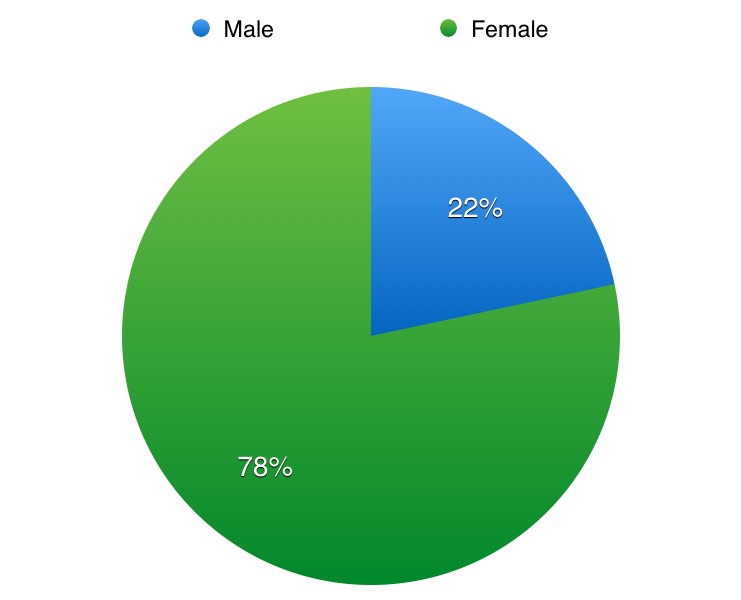 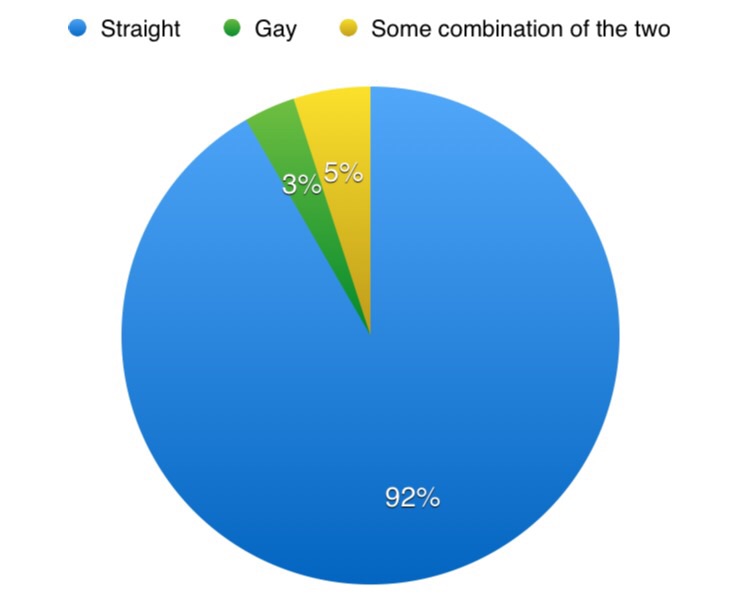 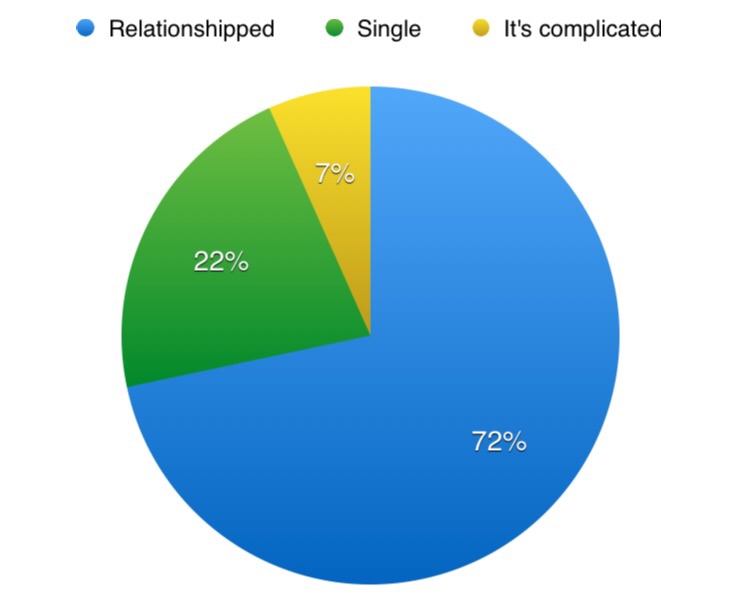 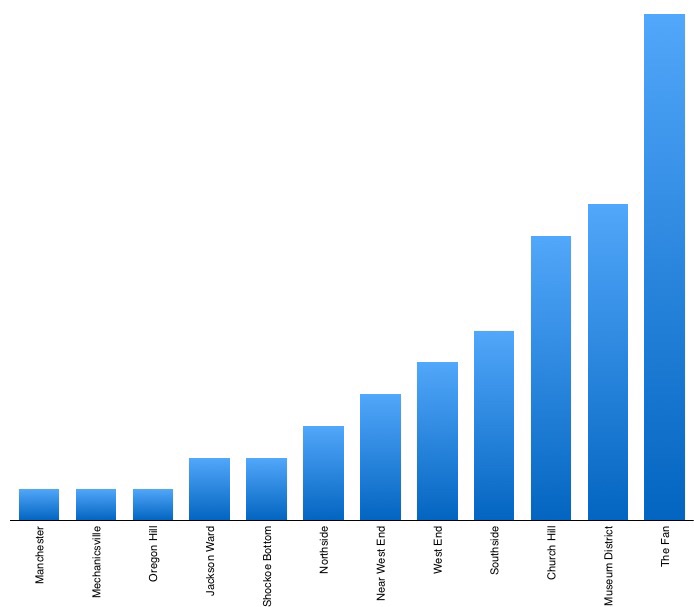 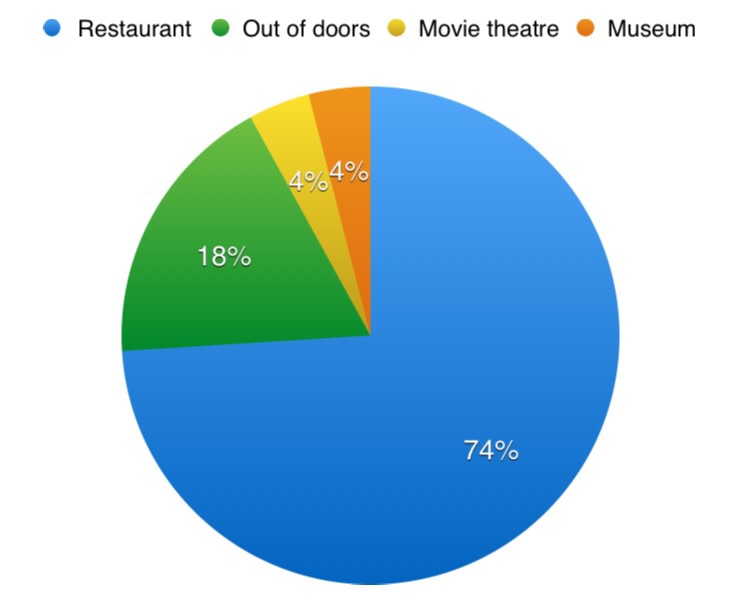 That is, the best spot to have a bad breakup. Or maybe the worst spot. Hell if we know. Only 42% of our respondents filled out this question, which hopefully means that the majority have never had a bad breakup that wasn’t in the privacy of a personal residence.

Some of our favorites: 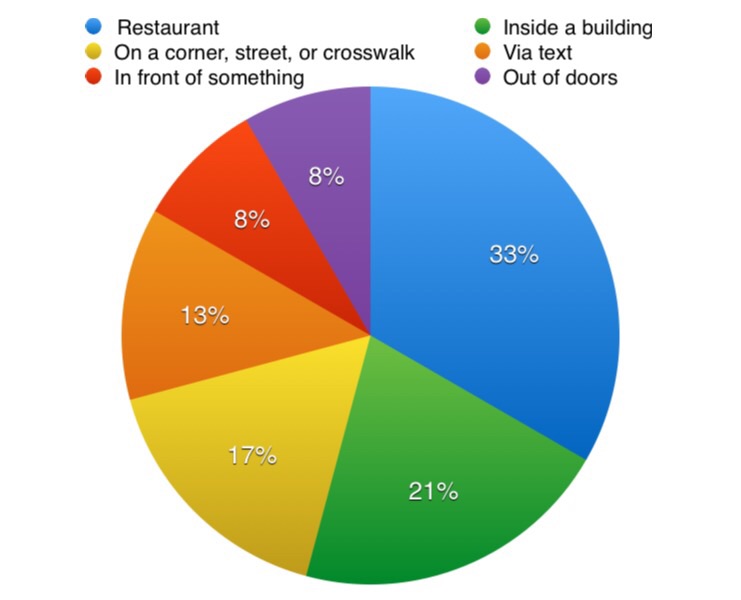 Technological dating freaks us out, but maybe that’s because our average age is (NOT THAT MUCH) over the median age of 29. WHAT IF YOU END UP GETTING C-3PO ON A DATE?! It’s for dating robots, right?

Our responders were just about evenly split about whether or not they use technology to date. Of the ones who did, OK Cupid, Tinder, and Match.com were the most popular. Of the romantic Luddites, most meet prospective SOs through friends or at a bar. There’s something comforting about knowing that nothing changes, ever. 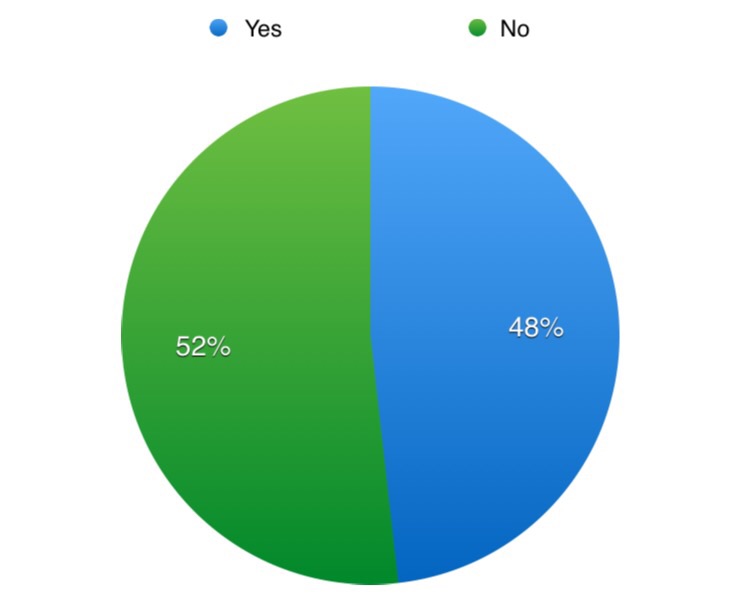 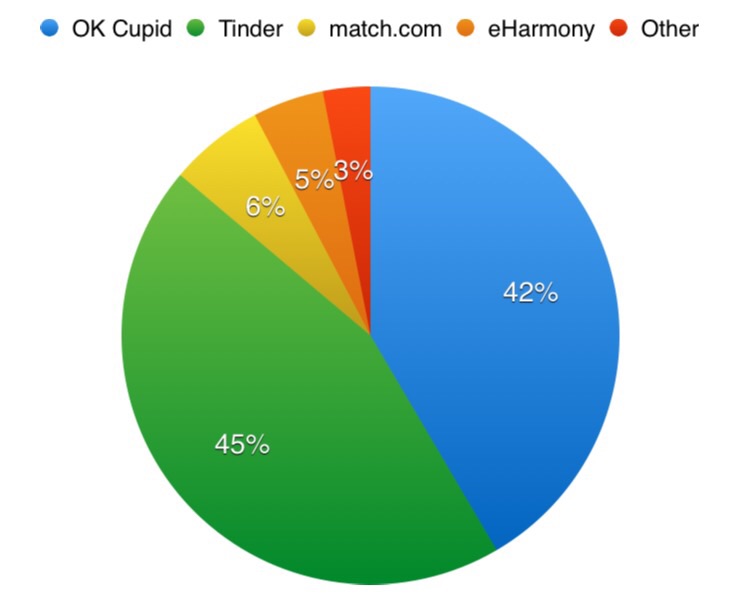 We asked our responders to define how they think of a “successful” meeting of a love-prospect. Only a tiny percentage defined it as “hooking up,” but again…females. You had your chance to weigh in, dudes.

We dated, he dumped me in the middle of a crosswalk and moved to LA. I kept his friends. I think I had the better end of the deal.

I found out that the guy I was dating was sexting his married ex through the messenger functionality of Words with Friends. He never cared if I snooped through his phone because he never expected that I’d stumble across that. Needless to say, ain’t nobody got time for that.

I got called upon by my home planet to save the dwarves. I didn’t have much of a choice…my boyfriend wouldn’t have been able to survive in the harsh, arid conditions so I had to break it off.

It was New Year’s Eve and we made big plans with friends to get all dressed up and take a limo for Tacky Lights Tour and then a house party afterwards. We arrived at my friends house about 8:00 PM and instead of parking, he pulled up in front of the house. Thinking he was being a gentleman and dropping me off so I wouldn’t have to walk in my heels and he could park, I got out of the car. I turned around to hear the doors lock and for him to tell me through the window that he was breaking up with me and was going downtown to another party. Then he pulled off, literally leaving me out in the cold.

After some reflection, I don’t think I makeup so much as backslide.

An ex had called me in need of a truck and some muscle to move a new couch into her place. I swear she took some seduction classes beforehand because she puts moves on me that I had never seen from her. They worked and the couch wasn’t the only furniture getting moved that day. That was years ago, and we are still together even though she seems to have forgotten most things from the classes.

He made me brunch.

I swiped left on Tinder. Met him in person and immediately liked him. Don’t judge a book by its cover!

At a Civil War reenactment in a tent. Use your imagination. There’s just something about a man in a frock coat…..

Took a girl out for a first date on a kayaking trip on the James. She wasn’t an experienced paddler so we just did a simple paddle heading upstream from the Huguenot Flatwater. I had thrown in a 12-pack of my favorite summer brew and we set off. About halfway through the weather was looking iffy, but we had resolved to make the island just north of the Chippenham. We made the island, and then the downpour started. There was nothing left to do besides drink beer and make out, so we did. On an island in the middle of the James in a torrential downpour.

Oooooh that would be with my current boyfriend. After a traumatic divorce, I sent my daughter off to summer camp for a week of fun, and I went out for drinks with a friend after work. We started at Tobacco Company, but weren’t feeling it, so we walked down to Sine’s in the slip. At the bar, a man sitting beside me turned to me, and said “Hi, I’m from Sweden, and I have this pay as you go phone, but I don’t know how to put punctuation in a text, do you?” I said “No, I’m sorry I don’t, but I read a lot of Swedish crime fiction…” and three hours later we were walking hand in hand back to my car where we made out for ages. It’s been a year and a half, and we’re still seeing each other every chance we get and we talk almost every day :-)

Once I went on a first date with a guy at Sticky Rice. There was something there immediately. Neither of us could eat anything we ordered and left within the hour to head back to my house. Total makeout city. Dude ended up being a d-bag, however.

And of course! Thanks to Carytown Cupcakes for giving away some of their delicious treats to one anonymous data point in our survey. May that person, who assures me they are not a number, have a Valentine’s Day much improved by tiny cakes!

Remember: Carytown Cupcakes is hosting a Valentine’s celebration on Friday, February 13th from 5:00 – 7:00 PM with happy hour deals and, you know, cupcakes!

Rather than rerun our tired and dated (and embarrassing) guide to making out in Richmond, we thought we’d source you, the crowd, for some new data about the romantic haps going down in our city. After each and everyone of you fills out the survey, we’ll comb through the data and generate some (theoretically) interesting chartsandgraphs.

A couple of things to note: