Rosanne Cash talks about RVA, a local charity, and the Richmond Folk Festival

One of the most celebrated folk singers will be coming to RVA to perform at the Richmond Folk Festival and to raise money and awareness for a local charity. We know a lot about Rosanne Cash: Grammy Award-winning musician, author, famed daughter of music legend, Johnny Cash. But did you know that Ms. Cash is the long-distance mother to three Bolivian children?

For the last 25 years, the singer and songwriter has worked with Children Incorporated, an RVA-based nonprofit that assists poverty-stricken children around the world.

Talking on the phone in New York City, where she lives, Cash spoke of the instincts that compelled her to the charity back in 1987. “[They had] a lot of integrity and accountability,” she said about Children Incorporated. It was “quiet and small,” focused not on nonprofit fame, but on the children they served.

It was in ’87 that Cash sponsored her first child, a Bolivian girl named Helen. The young girl communicated with Cash via email, writing about her family and school, and the nonprofit kept Helen’s sponsor informed as to her development.

Years later, Cash received a different kind of letter. It thanked her for the sponsorship that was no longer needed–Helen was a grown woman now. “I went, Oh my God…this child grew up!” said Cash. She said she felt a “real attachment and connection” to Helen.

Some time ago, Cash said that Children Incorporated “very humbly came to me” asking if their most famous sponsors would be interested in promoting the charity. It was the first time in 25 years that the nonprofit had ever asked Cash for anything outside of sponsorship.

Cash said she happily agreed to both a performance and a meet-and-greet in Richmond to raise money and awareness for the nonprofit. On Friday, October 12th, Cash and her husband will appear at the Richmond Children’s Museum from 7:00 – 10:00 PM. Tickets are $75 per person. But that’s not the only RVA event that will feature Cash. 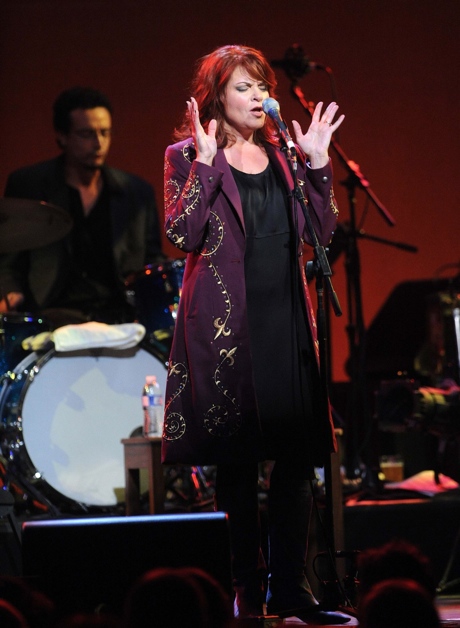 “I’ve always wanted to play the [Richmond] Folk Festival,” said Cash. Children Incorporated asked organizers of the Folk Festival if they would be willing to include Cash among this year’s artists.

Lisa Sims, Folk Festival director, said: “We are honored that Rosanne Cash will be sharing her music…we feel both lucky and grateful.”

Cash said she’d heard many positive things about the event, the largest festival of its kind in the country. She’s also enamored with the locale. “I love that part of the country,” said Cash. “There’s a certain elegance in that part of your state.”

She talked of Cashes migrating to Virginia in the 17th Century, particularly Westmoreland County. “There are a lot of Cashes [still] in the area,” she said. Knowing her genealogy, it’s not unfathomable that many of those Cashes contributed to America’s folk music after first arriving. To Cash, that music is just as vibrant today as it ever was.

“It’s not something I could ever run out of passion for,” she said about folk music. It remains “so rich and so alive.” Much of that music was featured on her last album, 2009’s The List.

In 1973, Cash, then a recent high school graduate, was learning to play guitar, and was accompanying her father on a tour.

“‘I’m going to make you a list of songs,'” her father told her. He scribed 100 songs on a legal pad that he thought were essential for his daughter to learn. “‘This is your education,'” he said.

“This was a such a nice thing that Dad did for me,” reflected Cash. After her father died in September 2003, Cash often spoke fondly of that memory. As story of the list circulated, many of her fans urged Cash to record an album featuring some of songs her father had included. Not only to commemorate the list, but to also celebrate the music it embodied.

Cash said she will likely perform six or seven songs from the album and will draw from the rest of her catalogue to complete her set. She will also include new songs that are being recorded for a new album.

When asked about folk music’s longevity, Cash remains optimistic. “I don’t think folk is just old [music],” she said. “Bruce Springsteen is a folk artist.” Bands like Mumford & Sons and Edward Sharpe & the Magnetic Zeros underscore folk’s significance to a younger generation. “There are a ton of young people doing folk music,” she said. “It will translate.”