An estimated 200 people took seats in the Byrd Theatre last Saturday to take part in the third annual Environmental Film Festival (hosted by the Sierra Club). Read on to learn more about the festival’s origins, how it went this time around, and what to expect next year.

It’s amazing how cruel we are to our own environment, and it’s inspiring to see how many individuals are willing to brave criticism, incarceration, and even death to help us realize it. The Environmental Film Festival this past Saturday was shocking and disturbing, yet also delightful and beautiful. An estimated 200 people attended the festival (held in the Byrd Theatre) during the course of the day to view films about pollution, organic foods, endangered species, and waste management. (And anyone who missed it on account of the gorgeous weather is also missing the point.)

The idea behind an environmental film festival in Richmond originally began with VCU student John Wade and a project he called “The Biggest Picture.” The Sierra Club acted as Wade’s co-sponsor for the first two iterations of the festival, but this time around, they were on their own; Wade has since left town to “travel the world”, and The Sierra Club now serves as head organizer of the event. “Wade bootstrapped a lot of it. He came to us for funding and we helped him out with it,” said Scott Burger, Festival Director and Co-chair of the Sierra Club Falls of the James Group. “When Wade left the area, we realized there was a big hole to fill…The Sierra Club certainly wanted to see it continue.” 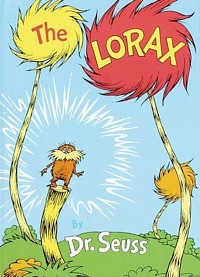 Despite his absence, festival attendees still saw evidence of Wade’s influence with the first film of the day: The Lorax (1972) based on Dr. Suess’s book of the same name. When “The Biggest Picture” first got started, Wade wanted to open the festival with a free showing of this “classic” (as Burger called it) to make the event accessible to younger viewers, not just concerned adults. When I was little, I was an absolute tree-hugger, so The Lorax was a favorite of mine. However, the children in attendance didn’t seem too impressed with the film – but hopefully the importance of environmentalism was still engrained in their little psyches.

The Beekeepers (2009) was up next. The film was about as slow as its title suggests, but its main theme of Colony Collapse Disorder (CCD) is imperative: bees in Virginia are dying and scientists are not sure why. There are no longer any wild honeybees in existence in North America and director Richard Robinson focuses on the use of pesticides as a major cause, but other possible contributors are malnutrition, genetically modified crops, and lack of biodiversity.

The theme of disappearing species continued with a screening of Who Killed Crassostrea virginica? which premiered at the D.C. Environmental Film Festival and had its first showing in Virginia at Saturday’s festival. The film chronicles the continued struggle of Chesapeake Bay oysters, attributing population losses to pollution, overfishing, and Japanese parasites possibly brought over by naval ships or industrious oyster farmer. 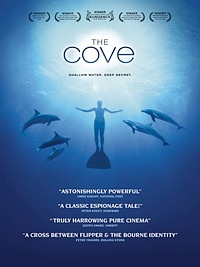 The Academy Award-winning documentary, The Cove (2009) uncovered the abominable killings of dolphins in the southeast of Japan. After assembling an Oceans 11 of activists (Ric O’Barry, trainer of the five dolphins that were used on Flipper), director Louie Psihoyos conducts a special ops. mission to collect footage of the horrific murders happening every spring in this secret cove off the coast of Taiji. To put it bluntly, I wanted to throw up and cry as I watched the film; be prepared for blood. But, as Burger put it, “Despite the topic of dolphin slaughter, it really is very uplifting and I think it does a really good job of casually tying in other environmental issues besides animal rights.”

The festival also included films focusing on a huge environmental issue these days: sustainability. Though No Impact Man (2009) was a little long, the ideas of eating locally, eating with the seasons, and encouraging everyone to take what small steps they can towards living more sustainably should not be overlooked. Once Upon a Time in Knoxville (2010) was a film created totally cost free, from recycled material, telling the story of Tennessee farmer, Rollo Sullivan, who is working to build a sustainable community on the outskirts of a nuclear waste site. The film focuses too much on Rollo’s ravings about “one time I was high and I realized…,” which seems to undermine his efforts towards sustainability, but some of his theories about the environment are truly profound. Making the Connection (2010) was also shown, with the always-inspiring Benjamin Zephaniah (award-winning poet and author) asking us to be mindful of how our eating habits affect the world around us.

Overall the films – most of which were hand-picked by Burger – were spectacular. But there is still room for improvement for the festival as whole. For starters, there was very little advertising. On the VCU campus, I can’t take a step without seeing a flyer about the French Film Festival, but I accidentally noticed only one flyer about the EFF, off to the side on the second floor of the Business Building, where no one would really stop to look. The Sierra Club did a great job making the festival affordable; now all they need to do is make people aware of just how affordable it is. “The best thing we can do is start earlier next year with sponsors,” Burger stated in an email earlier this week. “[If] we get more sponsors, we can grow the budget and thus advertise more.” Secondly, I was a little afraid of going out into the lobby else I’d be accosted by environmental groups handing me flyers and wanting me to sign this or that petition; I tabled for the Conserve Our Oceans Legacy Campaign at the Environmental Film Festival in 2008, so I know it’s even worse having to be the one doing the accosting. Still, I would prefer the organizations in attendance were more about raising awareness instead of recruiting followers, because no one wants to go to a film festival to get hassled – they just want to enjoy films, which I absolutely did.

For the future, Burger hopes to make the movie-selection process more of a committee decision and also to expand the festival into a two-day affair. Burger expresses interest in potentially showing films that didn’t make into the festival this year, like GasLand (2010), and The Farmer and the Horse (2010). Next year’s festival may also include local environmental photographers and entries from The James and Me. While 2012’s Environmental Film Festival promises to be even more exciting, this year still challenged Richmonders, as No Impact Man would say, not to underestimate the strength of individual action.

The Environmental Film Festival would like to thank its sponsors: the Sierra Club Falls of the James Group, Enrichmond, an umbrella organization for volunteer groups dedicated to keeping our parks clean, R.E.I. at Short Pump, who provided a sweepstakes prize for festival attendees, Commonwealth Solar, the most experienced solar installer in Virginia, Watershed Architects, Fromtheurth, WRIR, RVAnews.com, and the James River Film Society.