Incident occurred on Friday around 7:05 PM.

From the RPD Press Release

Can you identify the suspect who robbed a CVS Pharmacy on April 4?

At approximately 7:05 p.m. on Friday, April 4, one man entered the CVS Pharmacy at 6807 Forest Hill Ave. and robbed the business at gunpoint.

He is described as a black male between 35 and 40 years old, approximately 5’10” tall with a medium build. He was wearing a long white tee shirt, jeans, sunglasses and a black baseball cap.

The suspect can be seen in surveillance images below. Additional images are attached. 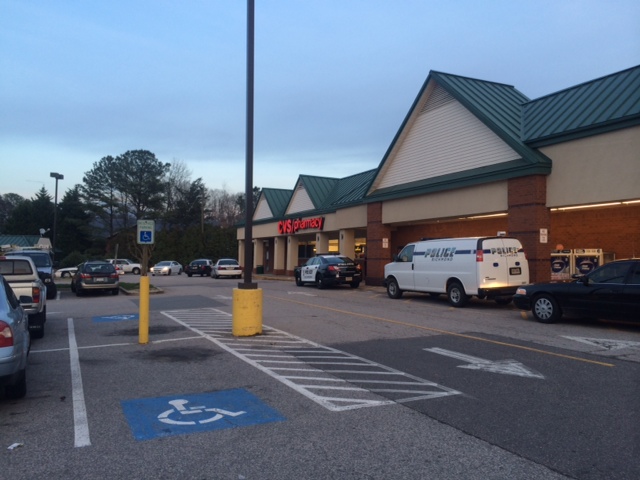 Reader Jon Deutsch submitted the picture above taken on Friday outside the scene of the crime.