Wow, what a great response to last week’s question! Wanna know the answer?

To recap, the question was, “On January 20, 1977, the Heritage Savings & Loan bank in The Fan was robbed at gunpoint. The bank no longer exists, but the building remains. What’s the cross street?”

Thanks to everyone who played!

Now on to this week’s question, featuring a lovely image from the Valentine Richmond History Center’s digital archive: 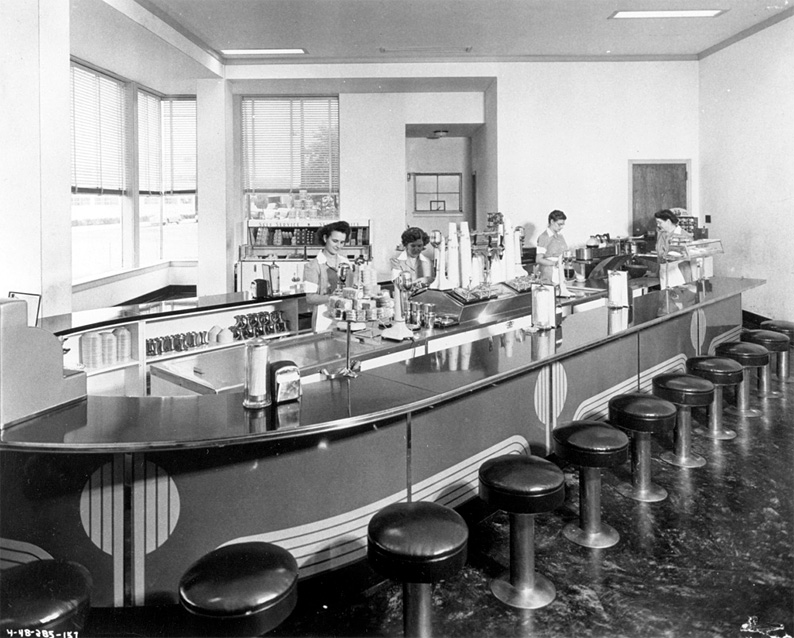 The _______ opened in the 1940s as a cafeteria for employees of a local plant. After the plant closed in the late 1980s, the cafeteria transitioned into a full service restaurant, which continues to operate today.

Know the answer? Take the quiz for a chance to win!

Remember, of the folks who answer correctly, one winner will be picked who will then get to choose between an 8×10 print of the featured image or a two-pack of tickets to any 2010 walking tour (valued at $20).