As part of our new weekly series, we chronicle the happenings at The Camel’s free weekly jazz series on Tuesday nights. Be there if you can. But if you can’t, stop by here every Saturday morning for a recap in sights and sounds.

Maybe it was the HopSlam, or maybe it was The Camel’s free weekly jazz series catching on. Either way, both UTV.Chamber and Scott Clark 4-tet had great audiences to play for on Tuesday night. Perhaps even more than last week, jazz’s genre boundaries were stretched and the two sets varied greatly.

UTV considers itself to be “avant pop,” made up of seven post-modern minds. Trombonist Reggie Chapman is the anchor, the conductor, and most often the instigator, although everyone from drummer Devonne Harris to vocalist Chelsea Temple play that role. In the middle, tenor saxophonist Marcus Tenney, alto saxophonist David Hood, and flugelhornist Mary Lawrence Hicks weave in and out of the limelight, and the band’s most recent addition in guitarist Paul Willson is capable of changing textures instantly. 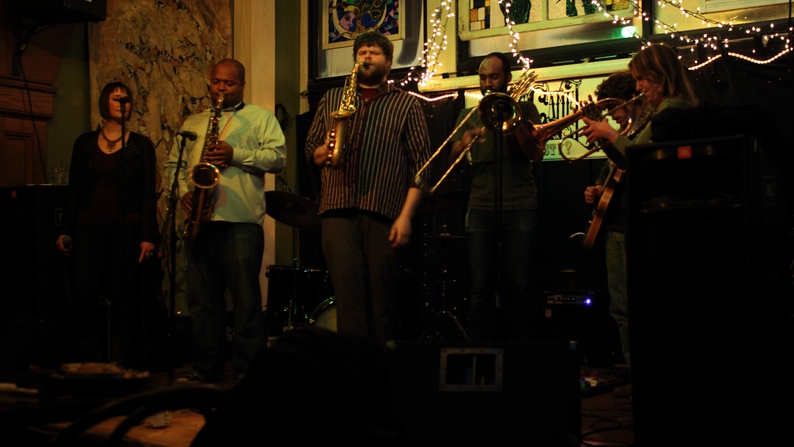 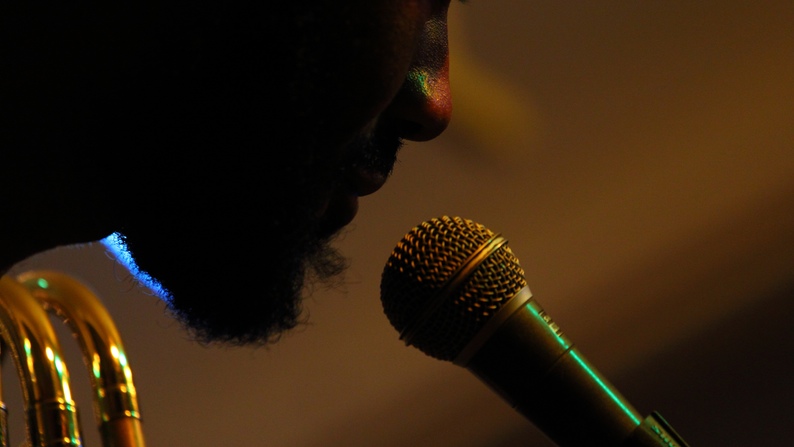 Scott Clark’s quartet is a new favorite. Enlisting Fight the Big Bull players Jason Scott (saxophone), Bob Miller (trumpet), and Cameron Ralston (on bass, with whom Clark also plays in Glows in the Dark and Ilad), the drummer leads his band around adventurous compositions without limits. Ralston’s playing anchors the band when it needs to and totally frees itself of strict rhythmic responsibility at other times, providing great counterpoint or conversing with drums in various tempos and meters. Bob Miller and Jason Scott are quite capable of starting a fire while it all churns alongside them. 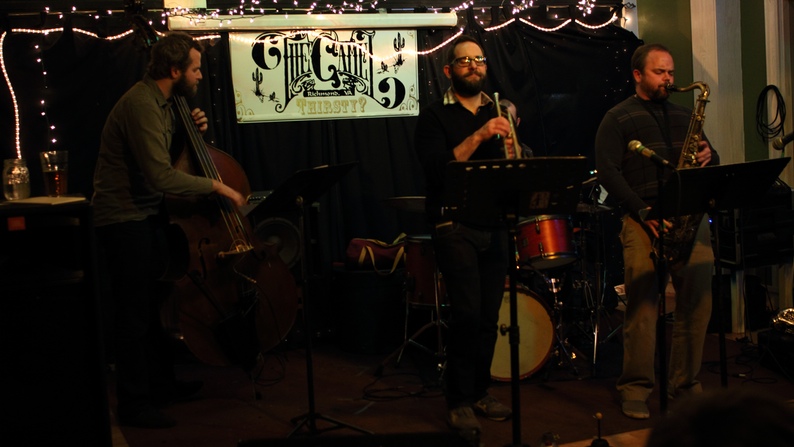 Thanks to Lucas Fritz for the audio, Shaun Lilley for photos