GWAR, Me, and the Onrushing Grip of Death: Part 20

Dave Brockie is back! And in this episode, he plots someone’s murder. Yeah, that’s right. Come take a look — you’ll be very sorry if you don’t.

Getting the Hang of It 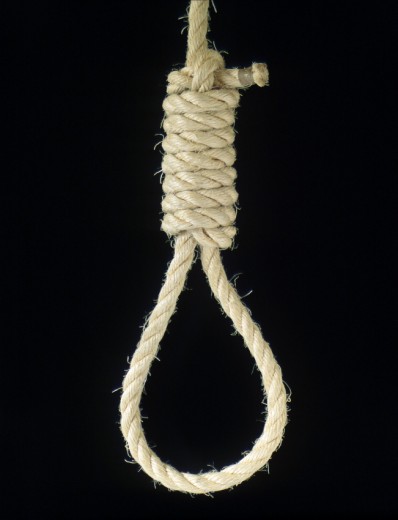 After years of jockeying for position, I was poised to ascend into the stratosphere of what Dairy life could be…

I was moving into the milk bottle.

But wait, you say, weren’t you already living at the milk bottle, wiping your ass with a shared bath-towel (the coveted “shit-rag”), and trying to avoid the murderous rednecks in the basement? Yes, but no…I was actually moving into THE MILK BOTTLE…the actual milk bottle! Those giant porcelain milk bottles that jutted so forbiddingly from the buildings corners were hollow inside, and one of the previous dairy pioneers (who shall go down in this tome as Dr. J, a kindly soul and medical student who ran a VD clinic out of the place) had taken the inside of one and transformed it into the ultimate dairy-dwelling. This immaculate (for a hovel) apartment sported a gas heater and its own shower/sink/shit-pot combo. Piss Troll, eat your heart out!

Dr. J had finally finished medical school and was moving on to greener pastures (which was basically anywhere other than the Dairy), and he was leaving his opulent abode wide-open with no apparent successor. Now in the Dairy there was a rude system of inheritance regarding the several different living spaces that had been carved out of the interior of the place. Basically the person who had been waiting the longest took the latest vacancy. But there was some controversy between Yoda and the Piss Troll about whose turn it was to step up to the plush life at the top of the bottle. So while they argued about it over a case of MB*, Awol, Hootie, and myself just moved in and waited to see if anybody was crazy enough to try and kick us out. They weren’t.

By way of introduction, Awol was just that. Stationed in Norfolk on a destroyer, Awol wandered into a Milk show (yet another side project) and ended up following us home to the Dairy (dairies produce milk, get it?). He and his never-empty cooler full of MB and bologna sandwiches soon became a popular fixture around the joint. Hootie had likewise wandered in, as the Dairy was like a big piece bohemian flypaper. We got a “band” of sorts together…and “Dairy-Aire” became Richmond’s first and last improvisational acoustic punk rock comedy group. We’d get up there, bang on some unfortunate guitar, and exhort people to “Be Like Rambo”, or extol upon them the virtues of picking up women in the grocery store with the classic “Macaroni and Cheese.” It was hilarious shit, but actually recording it hadn’t dawned on us. So the majesty of Dairy-Aire was lost to time…and maybe that’s good. Some types of music actually get better without listening to them.

Death Piggy and GWAR were still reeling from our defeat at the 9:30 Club (see part 19), and the subsequent ban on all Death Piggy shows in DC that was the immediate fallout of the “hobby-horse incident.” Further discombobulating the situation was that A-Hole didn’t seem to think he had done anything wrong, making it impossible to blame him. He would get this kind of far-away look anytime you would bitch at him,and wouldn’t respond to anything you said. He vexed me at every turn! He had a hotter girl friend (the very desirable “City Tits”), and a cooler band than me. Absorbing him into Death Piggy had completely backfired, and, in fact, the band was really starting to suck, mainly due to my delusion that I could play guitar. Something drastic had to be done.

So I decided to murder him.

Mantis fancied himself quite the knot-tie-er. Shit how do you write that? Is someone who ties knots with a level of skill not seen in the average man a “knotsman,” perchance? Damn, English is a confusing language. I should have just stuck with Dutch. Of course it’s a lot harder to learn a foreign language when you get old. You can only really do it when you are “baby-smart”. But I dither…

Mantis was quite the “knotsman.” He had learned the ropes (ha ha!) of the trade as a young lad, where his gangly limbs (he was over seven feet tall) would often get caught in escalators. If it happened near the top, people could be trapped for hours. But strangely enough, Mantis’s penchant for becoming inextricably entwined in the unforgiving metal teeth of the “snake who eats his own tail” had led to admirable knotsmanship. Several times he had to create a rescue lasso out of his own clothing, aided by a portable loom. One time in drama class Mantis had tied a fake hangman’s noose and hung it off the catwalk in the Little Theater. When class showed up they were confronted with the hideous spectacle of Mantis’s lifeless corpse dangling above center stage, the victim of an apparent suicide.

Funny! I think he got expelled for that one…

So the idea went like this: about halfway through the set we would stop, and I would ask the crowd what they thought about our new bass player. No matter what the response we would whip out Mantis’s fake noose (it had an extra loop to it that went under the armpits and prevented the person from actually dying) and string up A-Hole right in front of everyone. With any luck, the trick would backfire and he would actually die. A couple of sabotaged knots insured that would be the case.

To this day the most insane aspect of the whole episode is that he was actually crazy enough to let us do it, and we did, interrupting the set, making the announcement, and then pouncing upon him. Mantis tied off the safety line, we threw the rope over a lighting truss, and then hauled his struggling form into the air!

It worked perfectly. The safety rope took his weight, but not so much that the noose became slack. Eyes eyes quickly bulged from their sockets as his legs kicked furiously. His hands tied behind his back, he was at that moment utterly powerless. If the safety line decided to fail, he would die…and that’s exactly what happened. The knot that secured the line gave almost immediately, and with a rush of sheer terror A-Hole realized that he was closer to death than life.

From my viewpoint the trick was going great. A-Hole was doing a great job pretending to die (because he actually was) and the crowd was loving it. Everybody except Worse Than Elvis, A-Hole’s older brother who was in the front row and could tell something was seriously wrong. As A-Hole kicked and jerked his way to an agonizing death, he sent out a psychic distress call to the one person in the room who would could somehow save him. Worse Than Elvis leaped on the stage and grabbed his brother around the waist and lifted him up enough to take the rope off his larynx and the air back into his lungs.

Next time! GWAR plays Shafer Court, I fall in love with a surfer girl, and the jig is finally up at the Dairy…all of this and much, much more awaits you in the next episode of “GWAR, Me, and the On-rushing Grip of Death”, episode 21…

“A Saw is Coming Through the Wall” 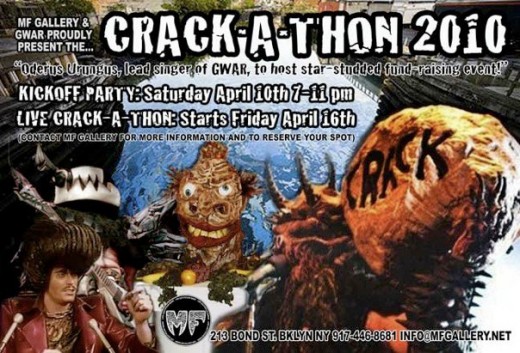 * Milwaukee’s Best, which at the time was battling Black Label for the title of “Richmonds Favorite Beer.”