And so, first blood is drawn. It’s an elimination week here at Gardenwars. Check out who has been defeated and who lives to garden another day.

And so, first blood is drawn. This week is an elimination week, and upon the altar of Gardenwars we lay the lifeless body of Jason. His fight was valiant and his strategy strong, but it just wasn’t enough to defeat the relentless onslaught of cute children. So, he is sent to the Compost Pile, and Gardenwars continues.

There you have it. As an added twist we’ve decided to clear the points after each elimination round. This will prevent anyone (Sarah) from building up a huge lead and spoiling our fun. It’s just like Survivor! New rules every week!

Now, get to voting, citizens. 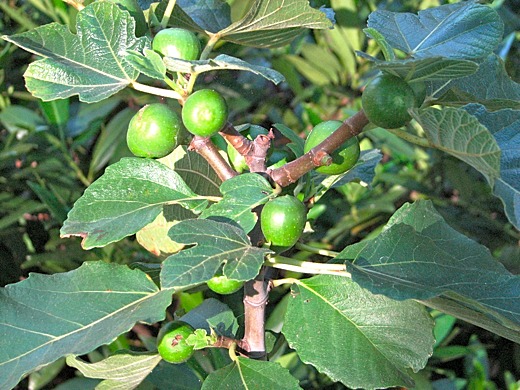 Last year, we had a fig tree that didn’t quite pan out. This year, we’re determined this fig tree will. Mostly because my wife has the brilliant idea for a fig & bacon pizza. Which she’s already named the “Fig & Pig.” 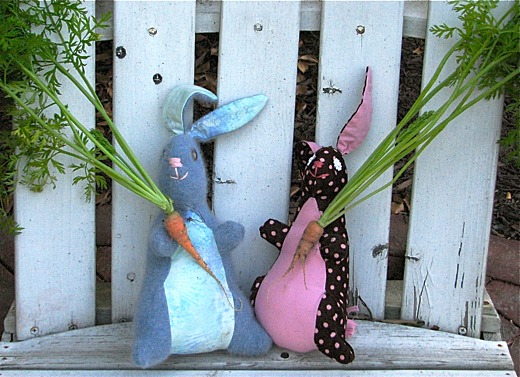 After we had our first harvest of carrots last week, my daughter Lyla’s reaction – of course – was to let her bunnies Viola and Violin have them. (Yup, she named one her bunnies Violin.) 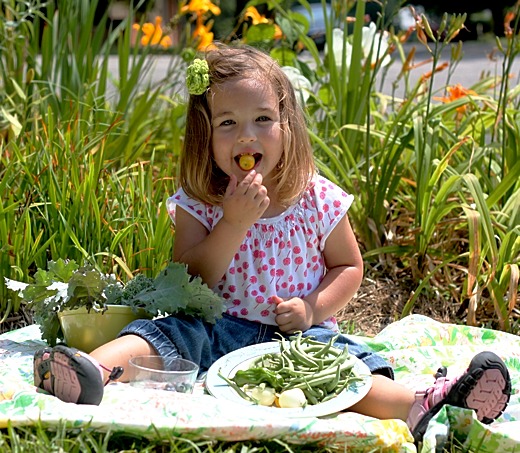 After making this weekend’s harvest of cucumbers, sungold tomatoes, green beans, green peppers, kale, and BLUEBERRIES the kid asked for a picnic–how do you say no? So featured here is Lily Jaymes sampling tomatoes in front of the perennial garden. After this picture was snapped she went through the rest of the bowl; I walked inside with a measly 12 green beans and kale. And in case you were wondering how her garden is doing, we harvested three rocks and made mud. 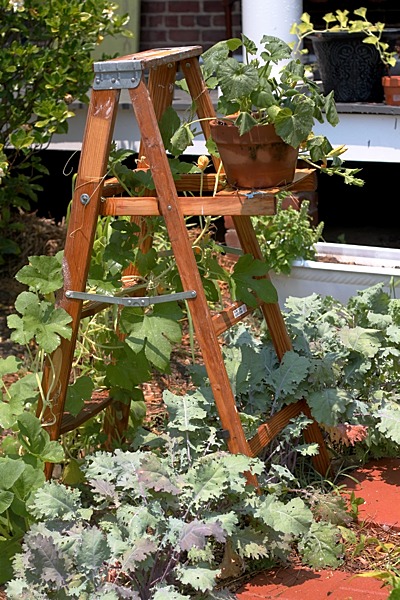 Part of having a garden in your front yard is the need to make it interesting–at least that was the deal I struck with my partner. So, the spaghetti squash and acorn squash went wild over the last two weeks and needed to climb. I scored this very rickety ladder at Diversity Thrift. On top: gourds–I’m hoping they will dangle down. Under the ladder you will see red russian kale, I’m crossing my fingers it makes it through the summer. 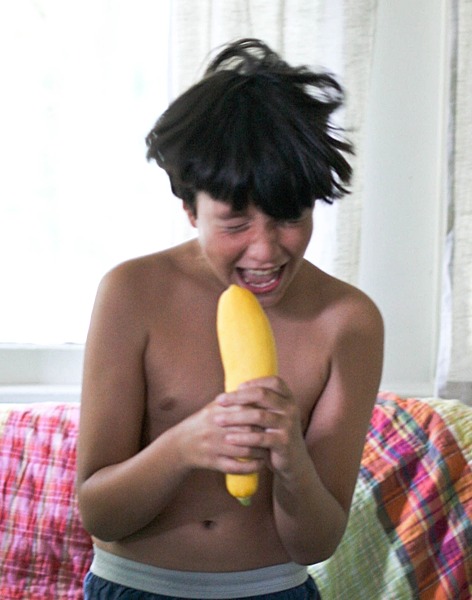 You know what goes well with a homegrown squash microphone? A little Queen singalong! 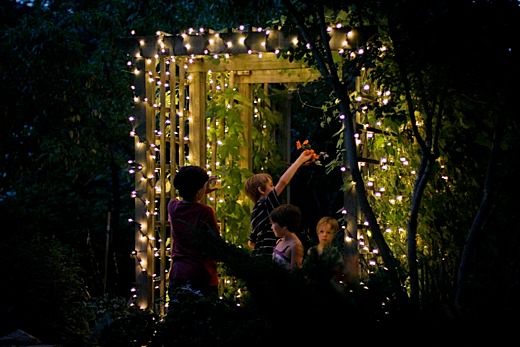 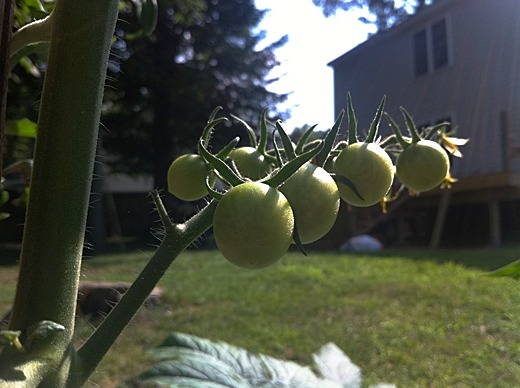 My cherry heirloom tomatoes are coming in. Now that 4th of July has past, and since I’m not Ryan, they should now be turning red at any moment. 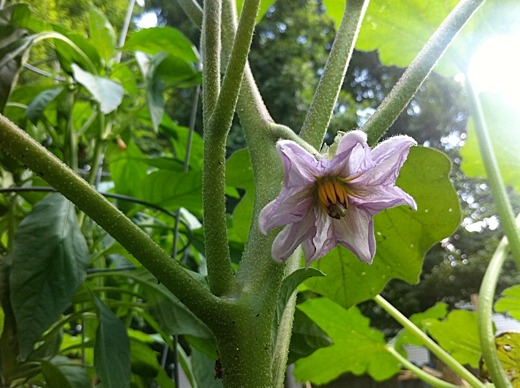 This is truly my favorite flower in my garden every year! All four of my eggplants are starting to bloom purple, preparing the way for their giant purple babies!

There are 84 reader comments. Read them.