As we cross over into the second half of our Garden Wars showdown, only three players remain, Jason Guard finds a friend in Jorge Salgado as they both fertilize the compost pile, and the scores are now even again to start week 5.

As we cross over into the second half of our Garden Wars showdown, only three players remain, Jason Guard finds a friend in Jorge Salgado as they both fertilize the compost pile, and the scores are now even again to start week 5. 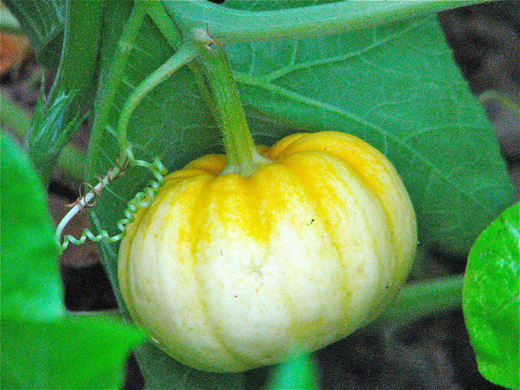 My birthday is on Halloween, and this “Magic Pumpkin” might be very useful by then. It’s magic because – like all of the squash and watermelon in my garden – I didn’t plant it. It grew out of the compost. However, my daughter Lyla – who is WAY into Cinderella these days – thinks it magic because it’s eventually going to be her sweet ride to the Fairytale Ball this year. 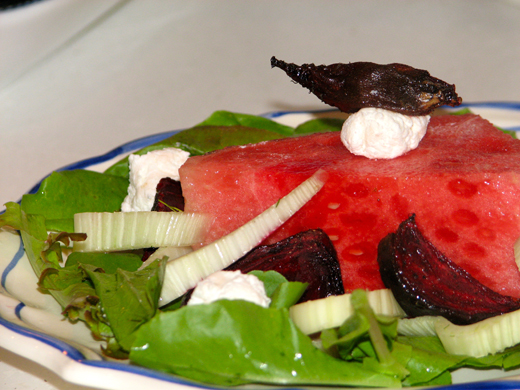 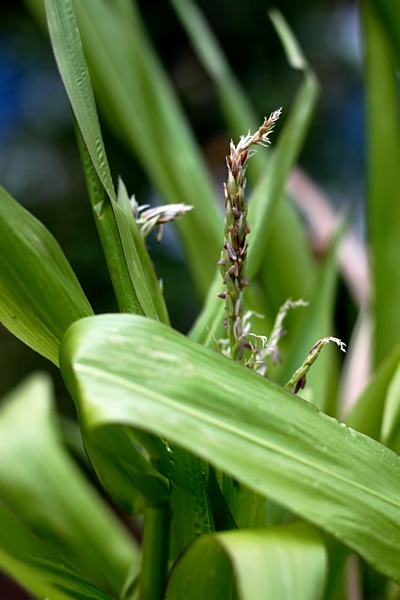 Just to prove that I can win without the cute kid – Here are some beautiful garden pictures. I’ve had this rusting iron set for a few years. I always planned to strip them and restore them – but there were some watermelon seeds that Lily Jaymes insisted we plant in the herb garden and they are taking over. In fact all over the garden the watermelons and squash are wandering. 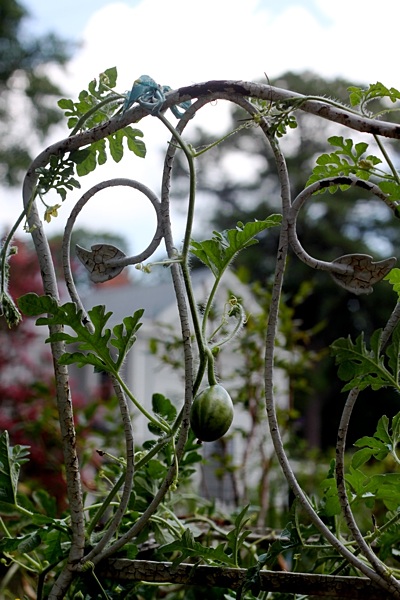 @FarmerRussell of Edible Old Dominion stopped by my garden in March to help me plan, think creatively and figure out how to maximize the small space. He suggested trellises (I went a little wild), containers, companion planting. By far his strangest idea, planting corn in a container. I thought he was insane but also had a container big enough. So far it is out performing the small bit I planted in the garden. Here, we have tassels. 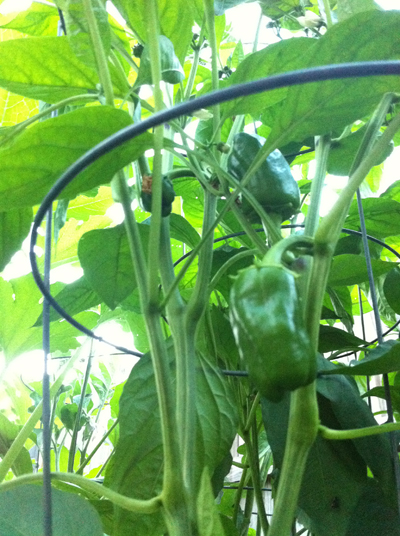 Do you hear what I hear? I’m starting to hear the sweet sound of BELL peppers ringing through the vines! (get it? bells? ringing? hello?) This is actually the first year where I have an abundance of bell peppers growing. Finally! 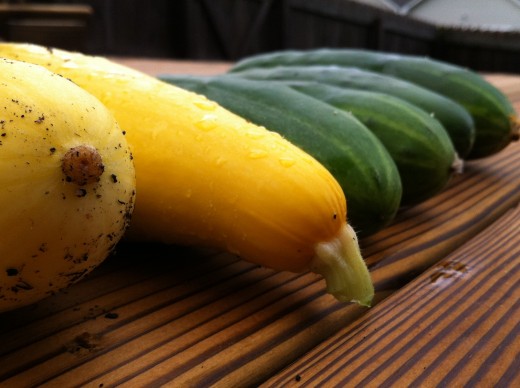 You know, that one squash kind of looks like a duck. Don’t you think? Well maybe not, but here’s a days bounty from the Garden de Pharr. It’s common that we pull off anywhere between 2-5 squash and 6-8 cukes per week.

There are 81 reader comments. Read them.