Whoa. Last week was kind of intense. There we many votes, many nice things were said, and far too little smack was talked. Come on people!

Whoa. Last week was kind of intense. There we many votes, many nice things were said, and far too little smack was talked. Come on people!

After the complete and utter torrent of votes were tabulated from last week we have Sarah in first place! Following this week’s voting, we’ll eliminate the competitor with the lowest point total–so everyone is still in it! Get to voting, people! 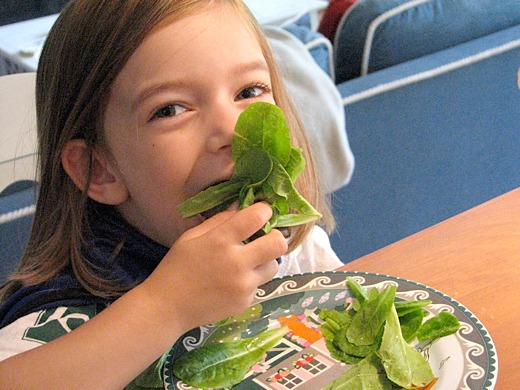 Kids, remember to eat your greens. You can also SHOVE THEM IN YOUR PIE HOLE like Lyla does. 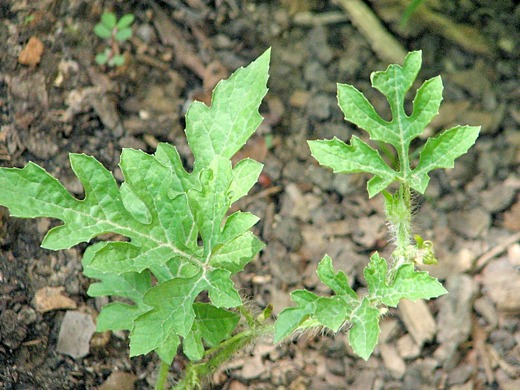 As you recall, last week I shared a photo of my “Miracle Squash” with you. Guess what. The squash is not alone. This is a watermelon plant…which I did not plant. It apparently appeared as a result of last year’s compost. I have 3 or 4 of them, and they seem to be doing ok so far. 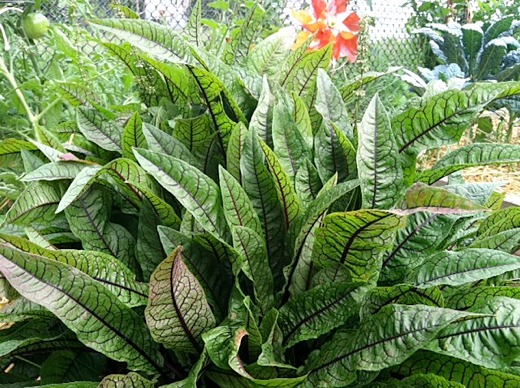 This is bloody dock… also known as red sorrel, or blood-vein sour weed. It comes back stronger each year, and I catch myself repeating, “One day I’m gonna eat that.” Folk remedies say it’s used to treat inflammation, cancer, diarrhea, scurvy, and fever. The lacy foliage almost looks like it’s underwater and that creatures might lurk within its shadows; like crazy looking bugs, long lost action figures, maybe even that troll from the Stephen King movie Cat’s Eye.

For the more conventional garden fan: there’s dinosaur kale in the background and a toy pinwheel as well. 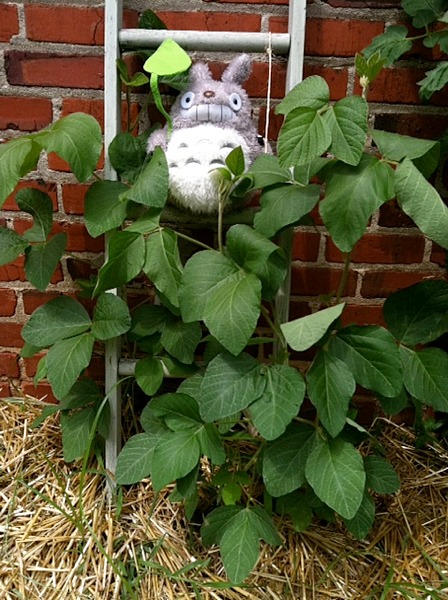 Since I’ve never grown soy beans before, and my household has a voracious appetite for edamame, it was necessary to recruit some gardening help from Japan. Here, Totoro, the king of the forest, performs a ritual that’s guaranteed to elicit copious bean pods from these fledgling soy bean stalks. After this consultation, he boarded his Catbus and was off to rescue other gardeners in distress. 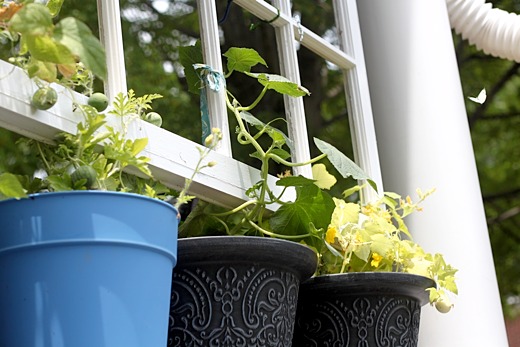 This week’s harvest included the first pepper, the first tomato, kale, carrots, and lots of herbs. But what we are really watching is the trellis. What began as a boring porch when we moved in has started to come alive with the hanging trellis. I found the 65inX70in window at the Habitat Restore. It housed peas and beans but we just moved three new plants in–on the left tiger melon, middle is lemon cucumber, and the right is dragons egg cucumber. Harvesting soon. 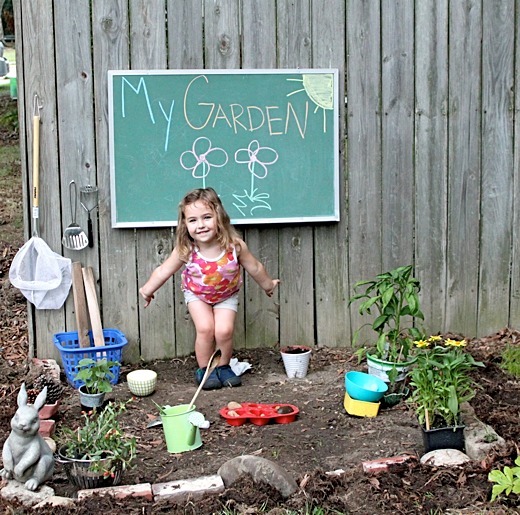 Earlier this week Lily Jaymes “helped me” harvest corn, tomatoes, and sunflowers. NONE were even close to ready. I was frustrated–gardening with her is magical and really really hard. So, I decided to build her a garden all her own. We hit a few thrift stores for digging and planting tools, salvaged bricks from around the yard and picked a few plants up. I told her there were no rules, so instead of plants we planted rocks. As you can see, she is very very proud. 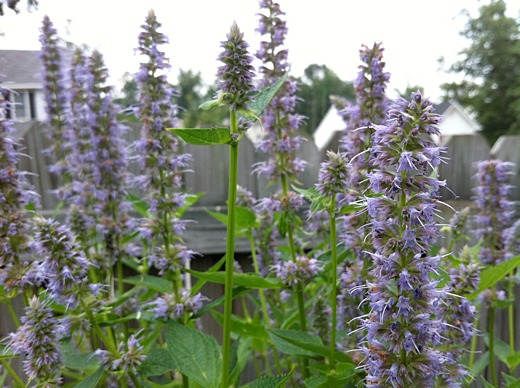 “My [flowers] brings all the [bees] to the yard, and they’re like, it’s better than yours”–no seriously, it’s called bee-balm and it brings the bees. 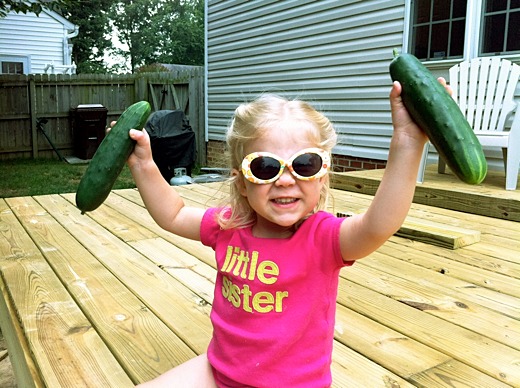 First cukes! Woo! “We we we so excited” (I thought I’d continue with the lyrical theme I have going). This is Kyla’s favorite veggie (and song), hence her excitement. 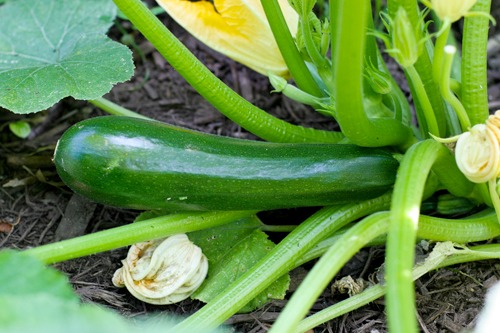 Veggies were promised this week…and here it is! No cheap jokes or tricks… just honest to goodness veggie awesomeness growing out of our little patch of dirt. I’m finding it amazing how fast these guys grow, and fully know that we will soon be overrun by mass quantities of them. 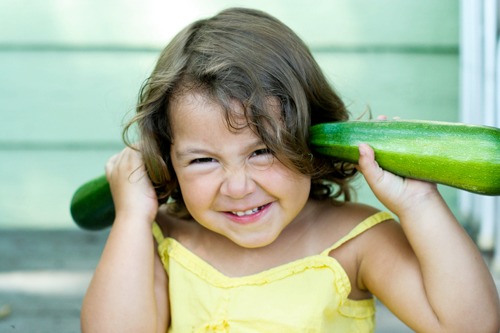 Whoa, did I say no cheap tricks…err…GUYS, do you see how cute this kid is?! Cute kid + veggies = a winning combo! No, seriously though, I’m grateful to actually have something coming out of the ground. For next week…I’m hoping some of the squash and tomatoes that I’ve been spying on actually come on through. Till next week!