A local woman is inspiring Richmonders to eat healthily by designing and planting edible backyard gardens. See how this world-traveled horticulturist is planting the seeds of healthy eating and making gardening easy for all.

Roughly 250 million Americans live in or around a city. More than three-quarters of the US population shares about 3% of the nation’s total land area. To put a local perspective on that: over one million people live in the Richmond metro area and just over 204,000 live within the Richmond city limits.

Even with the close quarters people keep among concrete, brick, and asphalt, urban vegetable gardening is experiencing a renaissance across the country, and Nina Zinn is taking the lead in Richmond.

“There’s a movement toward healthy food,” says Nina (pronounced: nine–ah) Zinn, owner and founder of Urban Backyard Edibles. The independent company, started in February 2011, provides custom designs and installations for edible flower gardens, potted herbs, and raised vegetable beds. “You can have a very pleasing landscape and still be able to harvest from it.” 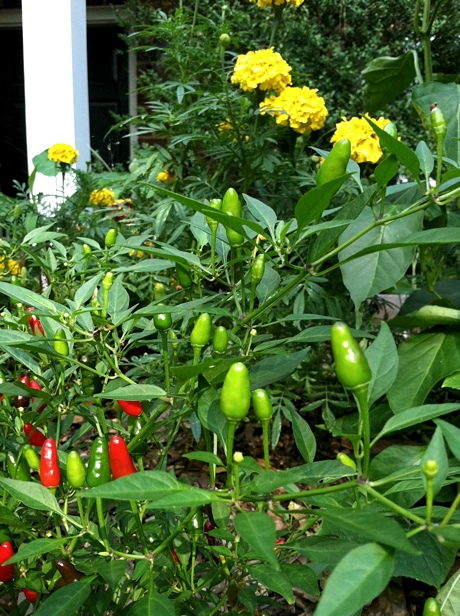 Nina was raised with a two-acre garden in southern Missouri. She earned a degree in Landscape Architecture from Rutgers University and has assisted in vegetative restoration projects in France, Portugal, and New Zealand. She also spent time working with the University of Melbourne in Australia to investigate how a major road system was affecting wildlife and vegetation.

“I wanted to get involved in the community here,” said Nina, after moving to Richmond in 2009. She says that teaching children about the health benefits, both physical and psychological (“It’s very grounding and stabilizing”), of gardening is what she enjoys most. In May 2010, she created an edible landscape design for children in Gilpin Court that was later incorporated into their pre-school program. She’s also involved with the Sustainable East End Development (SEED), a group that aims to organize Church Hill residents over a range of initiatives, including community gardening, co-operative businesses and housing, a tenants union, among others. The group is currently building a neighborhood garden at 28th and Tate streets. “These are my passions,” said Nina. 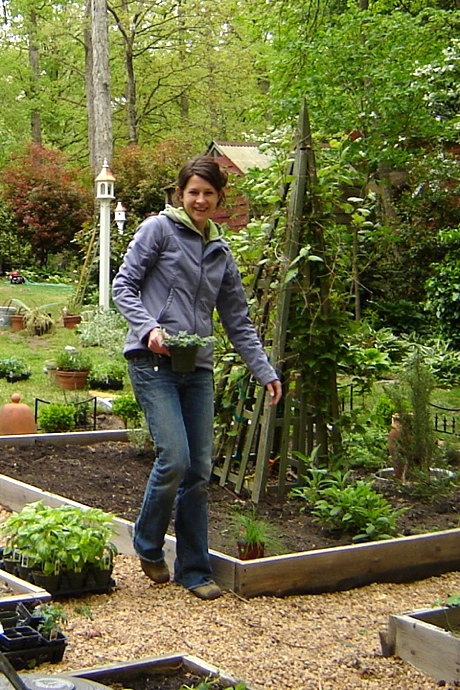 One year ago, Nina began offering her knowledge and expertise to those who wanted to create a vegetable garden in their own backyards. “A lot of people would like to do this, but they don’t know enough to make it succeed.” One reason, Nina hypothesizes, is that vegetable planting has “skipped a generation.” As a result, some may feel overwhelmed at the prospect of gardening on their own–this phenomenon is “not uncommon.”

This past season, Nina had roughly thirty-five clients who asked her to design and build a sustainable garden. Ten of those clients had Nina tend the garden throughout the season, a service she offers at an additional price. She said that the most common requests are for “herbs, tomatoes, squash” as well as eggplants and beans. “Generally, I give them a list of examples,” allowing her customers to choose what they would like to harvest. Nina provides knowledge, advice, and—perhaps most of all—encouragement to grow a fruitful vegetable garden. She will work with anyone no matter the size of their space, be it a large backyard or an apartment balcony. “My focus is to encourage people to grow their own food,” she said. “I’m trying to change the mentality of people.”

In addition to backyard gardens, Urban Backyard Edibles now offers bee hive installation. The company has partnered with bee expert David Stover who will not only install hives of honey bees, but will also mentor customers during their first year of beekeeping and honey harvesting. Nina said that bees are a main pollinator for our food system and that the local bee population is on the decline. “The more bees that we can have, the better.” Although honey bees typically flee their hives in the morning, returning later in the day, they “aren’t really aggressive” when around people. However, Nina recommends that customers okay their plans to install a bee hive with their neighbors before cultivating their own honey.

Nina said that she also hopes to partner with LiveRoof, a company that installs horticulture on existing rooftops, to offer vegetation and bee hive options for apartment buildings in the city. 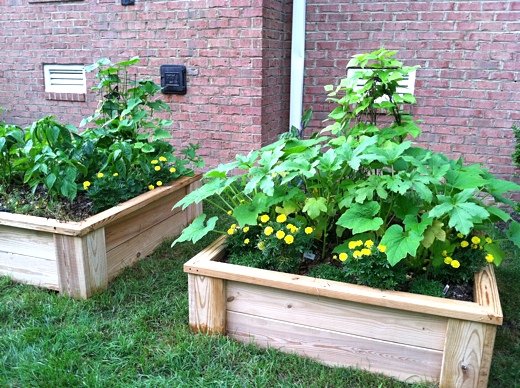 For the time being, Nina focuses her efforts on the private spaces of new gardeners. “It’s amazing how fun it can be to make an omelette and [use] your own tomatoes.” While she looks forward to educating Richmonders about the benefits of vegetable gardening, “I don’t want to be huge,” she said. So far, it seems that the city appreciates Nina’s focus on local education and horticulture. “It’s amazing how excited everyone is.”

When asked what gardeners of all education levels can do, she said that winter is “the best time to build your raised bed.” Nina encourages gardeners, whether they are interested in her services or not, to devote time in the colder months to prepare for an abundant harvest later in the year. Perhaps the unseasonably warm winter temperatures that Richmond is experiencing will inspire people to do just this. Nina certainly has.

“Tomorrow I’m working to prepare a bed for asparagus.”