Don’t look now, but a new restaurant is making Mexican fun again with the help of Nate’s tacos

One of the owners of New York Deli is opening a new restaurant in Carytown. It’s no ordinary Mexican restaurant, however, as it will feature food designed and prepared by Nate Gutierrez, founder of Nate’s Taco Truck.

Let’s clarify something right away: the name doesn’t come from the Boston song, and if you’re thinking Bob Dylan, well…you’re only partially correct.

Don’t Look Back, the latest restaurant to open in Carytown, takes its name from a line in a Belle & Sebastian song. We’ll get to all that in a bit, and also how Nate from Nate’s Taco Truck is involved, but let’s talk about Hamooda Shami first.

For those who don’t know, Hamooda is a co-owner of New York Deli. Last summer, while traveling in Madrid, Hamooda made a note to himself that he still has on his iPhone: get serious about opening his own restaurant. However, if he was going to branch out and start his own restaurant, it couldn’t be just an ordinary restaurant. “I want to do something a little different,” he said earlier this week while we chatted inside his newest space.

He says his eyes can’t help but roll whenever he sees uninspired restaurant themes: a Tex-Mex restaurant called the Lasso Lounge replete with a large neon sombrero above its entrance. So kitsch. So camp. So not Hamooda.

Not only does he co-own New York Deli, but he has managed other restaurants in Washington D.C, has helped create a car review website that was later bought by U.S. News & World Report, and has an uncle who is the founder of Farouk Systems–a leading hair-care product company based in Houston. More immediate, however, is that he’s about to open a new restaurant that is distinctly his and reflects his personality: laid-back, fun, but serious about getting down to business.

If anyone knows what it takes to make a successful restaurant and bar, it’s Hamooda. He and his fellow owners at New York Deli have been offered to franchise the Carytown restaurant, but they declined. Starting a franchise goes against Hamooda’s constitution as a restauranteur. “I don’t want to copy myself,” he said, which is one reason why Don’t Look Back means so much to him. While still serving as co-owner and manager at “the Deli,” Hamooda is the majority owner of Don’t Look Back. It’s all his. 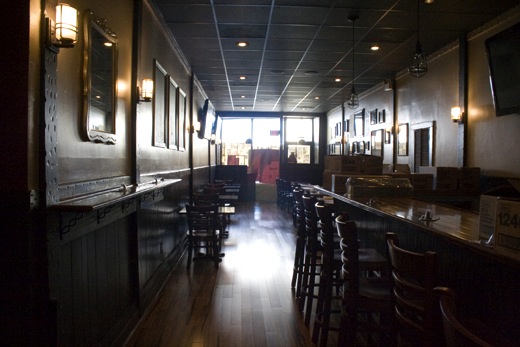 There are bamboo floors and a bamboo bar, a repainted interior, four flat-screen televisions, and an intimate lounge area across from the bar. Perhaps the most notable component of the new restaurant is Richmond’s beloved Nate Gutierrez of Nate’s Taco Truck, who will serve as head chef.

“It’s been great,” said Nate about the relationship between himself and Hamooda, one that is still developing. “I just met him in mid-December.”

Mid-December was not one of Nate’s favorite times. It was then that he announced to RVANews that he was closing his Taco Truck Stop in Jackson Ward. Back then, he said that the long hours and intense workload were too difficult to manage and kept him away from his wife and two children. He said then that he was open to working for someone else.

As it so happened, Hamooda read that article while in the process of putting together the pieces of his new restaurant. He visited Nate at the Taco Truck Stop to see if Nate would consider working for him. “I was a little nervous,” said Hamooda about approaching Nate. “You could see this was a really passionate man.”

“He came in to eat some tacos,” recalled Nate of their first meeting. “It kinda clicked.”

What Hamooda offered Nate were more reasonable hours, profit-sharing, and a place where Nate could cook and prepare food exclusively for Nate’s Taco Truck. Nate called the arrangement forged between the two as being “pretty perfect.” Hamooda evokes nothing but the utmost confidence his new head chef. I mean, “it’s Nate” after all, he said smiling.

The Don’t Look Back menu will, according to Nate, have the “same basic flavor” of his taco truck. “I’m still going to have everyone’s favorite.” In addition, Nate will have the opportunity to experiment with different dishes. All of this is quite fine with Hamooda. “If he wasn’t on board, I would be a mess right now.”

With finalizing licenses, programming electronics, and setting up payroll, Hamooda has been working twelve hour days in the lead up to Don’t Look Back’s opening. Thankfully, the menu is the last thing he has to worry about.

One of the issues at Nate’s Taco Truck Stop was that customers had no place to sit and enjoy their lunch or dinner. Not only will Don’t Look Back have a wider array of Nate’s taco concoctions, but also ample table and bar space, plus televisions, music, and a stacked bar. “It’s what I do,” said Hamooda about running the bar. Don’t Look Back will offer a rotating list of craft beer and an “emphasis on margaritas.”

When all is said and done, Hamooda hopes that Don’t Look Back will turn into what he has imagined: a place where he–and others too–will “want to hang out.” He describes the restaurant as a “taco bar with a cozy feel.” He wants it to be a place to watch sports, have a movie night, or just hang out. He applauds how dynamic the 2900 block of W. Cary in Carytown has become, notably with the [recent addition of BlowToad][blow]. “I think this whole block has gotten interesting,” he said, hoping that Don’t Look Back will make, not only Carytown, but Richmond even more eclectic. 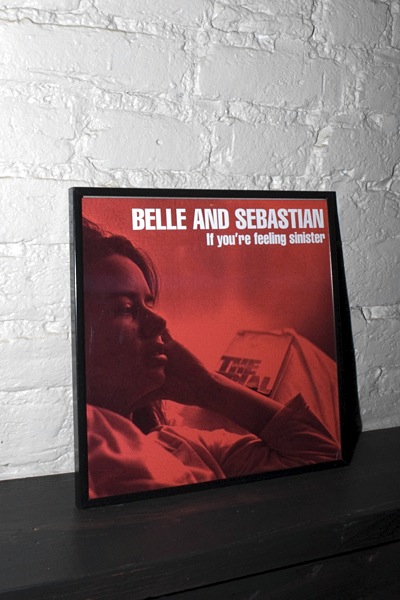 Having family in Houston, and lucrative job offers in D.C., Hamooda has bypassed the more sensible, pragmatic options because his heart tells him that Richmond is home. “I love this town.”

So what’s up with the name, you ask?

Located above one of the booths in the restaurant is a framed LP album by Belle & Sebastian titled If you’re feeling sinister. In the song “Like Dylan in the Movies,” there is the line: “When you’re on your own, it’s a long walk home / Well, if they follow you, don’t look back.” Hamooda’s new restaurant is filled with pieces of his life. The knowledge to run a restaurant on his own–which he gained from his work experience–and even discarded photos from U.S. News & World Report that he collected, framed, and hung on the freshly painted walls. While he still has family and history in places like Houston and D.C., Richmond is his future now. And he has no desire to look back.

Don’t Look Back will open on Saturday and gradually work towards full, regular hours. Please call 804.353.8226 to confirm that they are open. In the near future, they will be open seven days a week, 11am – 2am.