Aphrodisiacs ahoy! Get ready to get lucky with a menu of dishes that could possibly spark arousal even if your conversational skills and physical appearance fail to do so! Do supposedly aphrodisiac foods really DO anything? I can’t honestly imagine that an oyster, the quintessential aphrodisiac, could ever mean the difference between Business Time and Business Time, and I deeply love oysters. But they’re fun, and it’s almost Valentine’s Day, so let’s just suspend disbelief for five courses, and just maybe we’ll all be glad we did.

OYSTERS ON THE HALFSHELL, WATERMELON MIGNONETTE

Let’s get this one out of the way first. Obviously oysters are aphrodisiacs because eating them is as close as we’ll ever get to making out with the sea. You don’t need to do much to enhance the appeal here, but there’s a good opportunity to stack the deck with another popularly touted aphrodisiac–watermelon. While the zinc in oysters encourages testosterone production; citrulline, a phytonutrient found in watermelon, is said to increase nitric acid in the body, relaxing blood vessels and speeding circulation.

Translation: You’re about to get all manly and sweaty but feel totally relaxed about it. Hold on there bronco, you’ve got four courses to go. 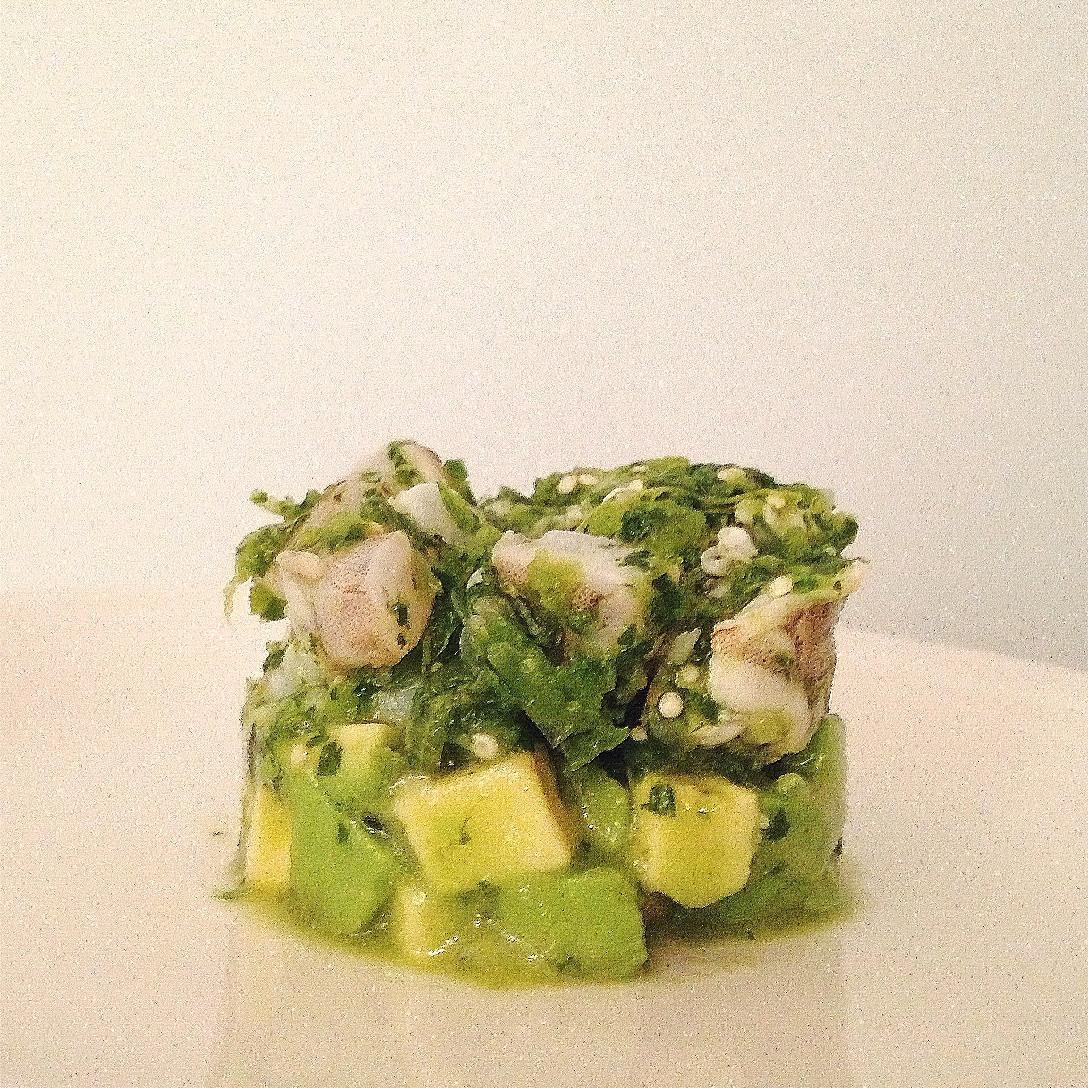 “La leche de tigre” or “tiger milk,” essentially ceviche juice, is said to have aphrodisial powers, thanks, probably, to the chili peppers that are used in traditional ceviche recipes. Also, it sounds cool, and sounding cool is a proven contributor to sexual stimulation, so “Las leches de tigres!” all around.

Much like the first course, this classic Rick Bayless dish1 has a second layer of aphrodisiosity, care of the avocados. I’ll just let our friends at Cosmo take it from here: “The vitamin E in these green eats helps your body churn out hormones like testosterone, estrogen, and progesterone, which circulate in your bloodstream and stimulate sexual responses like clitoral swelling and vaginal lubrication.”

When you want a meticulously perfect aphrodisical third course, who do you turn to? Martha Stewart, clearly. Martha’s working her magic with this triple threat recipe. As early as first century AD, Greek philosophers believed arugula was capable of awakening the libido. With its vitamin-and-mineral-packed, pleasantly peppery bite, I’m going to give them this one. As for the pine nuts–more zinc! More testosterone! If, after all this zinc, you don’t want to seriously bed someone, you will at least want to crush a beer can on your forehead!

Hey ladies, tired of eating all this testosterone-inducing food? Good news. Fennel is one of the best natural allies for a woman’s libido, thanks to naturally-occurring estrogen-like compound called phytoestrogren. Is it true? Try eating a whole raw bulb of fennel, and then tell me if if you don’t feel like you’ve just cried your way through The Notebook.

Enter this Soy-Ginger Glazed Salmon, from FoodSwoon.com. Omega-3 fatty acids, with which salmon are loaded, promote sex-hormone production. Thanks, salmon! Want more gratuitous aphrodisiosity? Ginger and coriander have been represented as aphrodisiacs historically since pretty much the beginning of history.

Also glazes are sexy. I know that’s not exactly the point, but it bears mentioning.

Chocolate AND espresso–two of the very best aphrodisiacs together in the same bite! We’ve managed to pack over a dozen aphrodisiacs into one meal, so if it’s not poppin’ off by now, that’s on you. Go eat a bowl of spaghetti and a banana split. FOR ONE.

But if you’ve stayed on course and are ready for the payoff, put your trust in this chocolate espresso mousse from Real Simple. Wake yourself up a bit; release some dopamine. Top it with some whip cream, and alright, alright, alright…

And, just in case you’ve never had wine before, I feel obligated to tell you that it too is an aphrodisiac of sorts. And since Virginia is for lovers, it’s safe to assume that Virginia wine is for Virgina lovers, so drink up, couples of the Commonwealth!

Our friends at the Virginia Wine Expo shared their recommendations for three VA wines to get you through all five courses:

EXTRA BONUS: HERE ARE SOME FOODS THAT ARE NOT APHRODISIACS