What you can learn from a Comic Con

I went to a thing this weekend, and I thought I’d learn about comic books and superheroes, but instead, I got a really awesome life lesson: It’s pretty hard to be the weirdest one at a Con. As I got out of the car, I adjusted my knee socks and put on my rabbit-eared hat and, frankly, felt pretty ridiculous. My family and I walked towards the Richmond Convention Center to attend the Wizard World Comic Con, which I was certain would be a clique-ish and perhaps unwelcoming environment, and I was dressed like a character from the cartoon, Adventure Time. I tugged at my skirt one more time, and then we entered the huge show space.

Almost immediately, we were greeted with an enthusiastic “Fiona! BMO! Can I take your picture?”

What? I am a middle-aged mom and thus normally thoroughly invisible to most, but repeatedly over the two days we visited the Con, we were met with smiles and picture requests. I felt like the unpopular girl who gets crowned prom queen.

Still early into our visit, we were chatting with a crafts vendor and she laid an unexpected life lesson on me: It’s pretty hard to be the weirdest one at a Con. The clouds parted, and golden rays of sun were paired with heralds of angels singing. This was the antidote to every one of my inner 12-year-old’s anxieties (well, most of them). Isn’t one of our greatest fears to be THE weirdest, oddest, most awkward? But, seriously, who cares? We’re all awkward and weird, even the ones who seem cool and collected, they just hide it better.

What? I am a middle-aged mom and thus normally thoroughly invisible to most…I felt like the unpopular girl who gets crowned prom queen.

A Comic Con, for the uninitiated, is a convention for comic book enthusiasts and what lay people would call “geeks.” My favorite definition of geek comes from former Star Trek actor Wil Wheaton: a person who loves something to its greatest extent, and then looks for other people who love it the same way, so they can celebrate loving it together. And people at a Comic Con really, really love their science fiction and fantasy, so there were dozens and dozens of fantastically handmade costumes of super heroes, cartoon characters, and video game personalities.

Going to the Con was perfect for my husband and I to satisfy our sci-fi needs, but it was surprisingly inspiring for my 11-year-old. My daughter is just now heading off to the treacherous waters of middle school, where finding acceptance is going to be an all-consuming activity. But going to the Con allowed her to see people fully embracing their passions and creativity without judgment. And whether you were a six-year-old in a Batman mask or an adult male dressed in a handmade Groot costume, you were accepted and even praised by all! “Geek” or “nerd” are often used as an insult, identifying the person as some kind of strange outsider, but how can you be an outsider when there are so many people with your same passions?

Beyond important life lessons, you can find lots of fun comic-inspired art to buy, go to a discussion panel, or pay to get an autograph with the resident celebrities. This year the big draw was William mutha-flippin’ Shatner. There was also a large board game area, where you could take a game on a test run. While it is was not a typical way to spend our weekend, it was certainly way more enlightening and inspiring than any of us imagined. 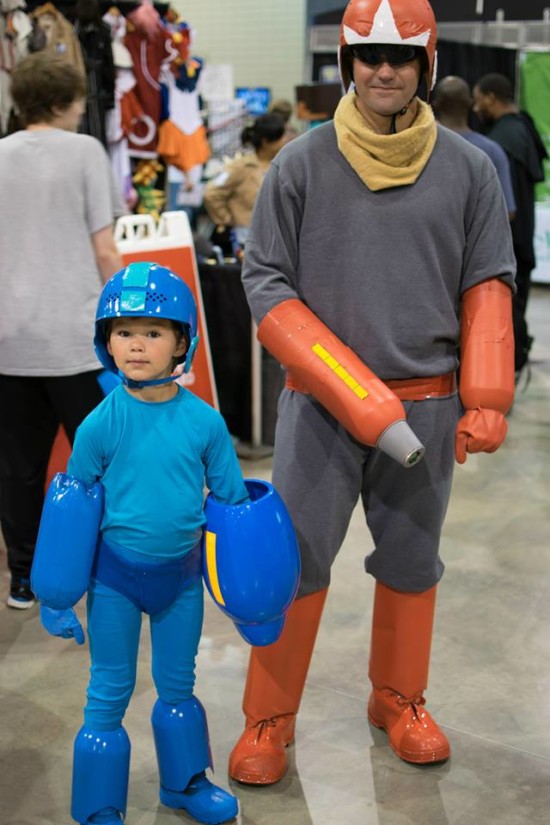