The West End intersection has been among the most highly-trafficked for decades. One of the West End’s most highly-trafficked intersections is about to get some improvements, and officials want to hear from the public on their opinions of the proposed plans.

The Virginia Department of Transportation (VDOT) will hold a citizen information meeting on an improvements project proposed for the intersection of Patterson Avenue and Parham Road in Henrico County tonight, Tuesday, April 7th.

The meeting will begin at 5:00 PM at the Tuckahoe Library, located at 1901 Starling Drive, near Regency Square Mall.

The meeting will address short and long-term proposals to increase safety and improve traffic flow in the area, as well as provide an opportunity for individuals, businesses or organizations to give VDOT officials input on the project.

A general summary can be seen below; download the full report (PDF) here. 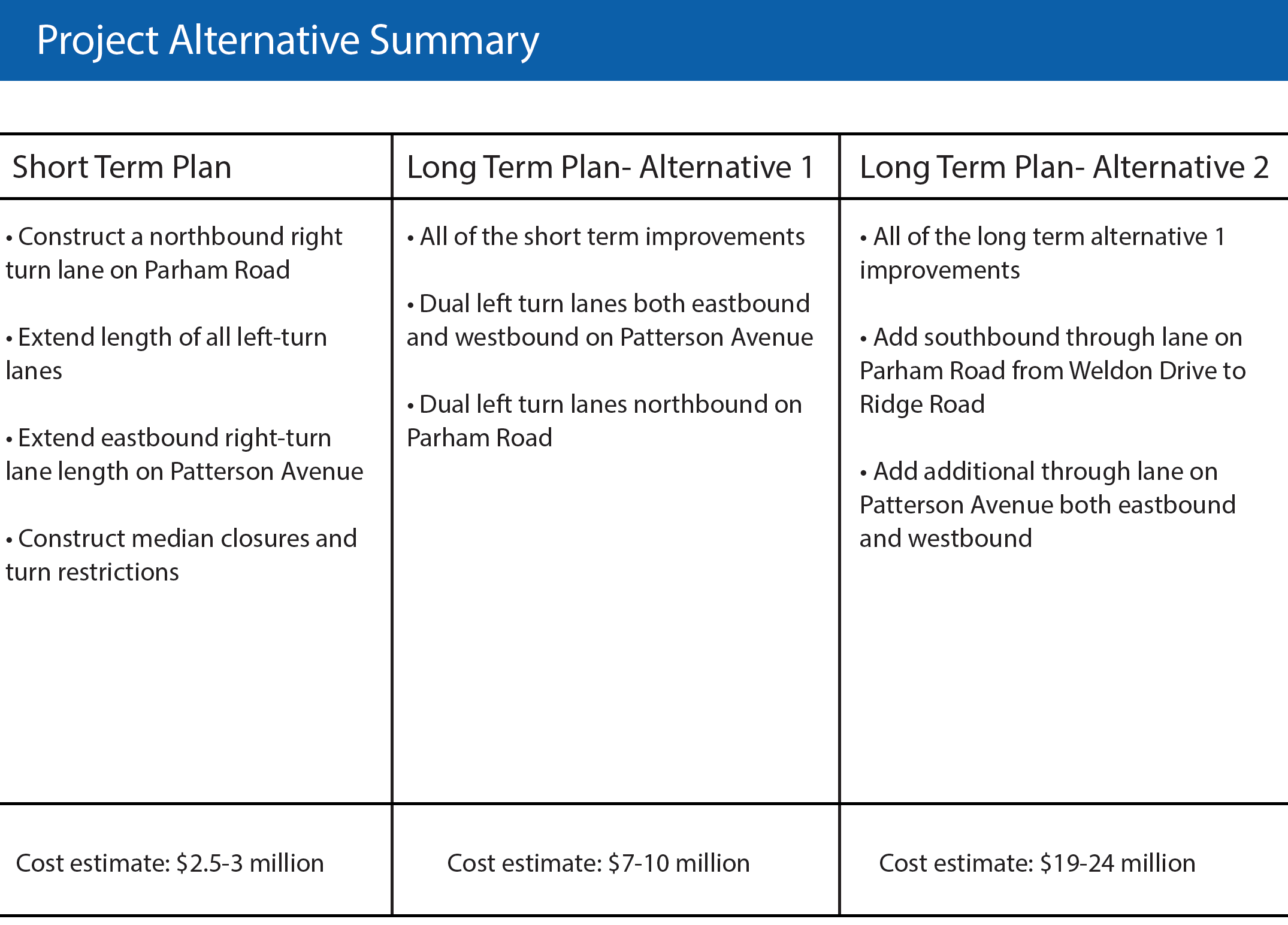 Comments about the proposed project may be submitted at the meeting or until April 17th by mailing them to Jason Zhang, Project Manager, Virginia Department of Transportation, 2430 Pine Forest Drive, Colonial Heights, VA 23834-9002. Comments can also be emailed. Citizens are asked to reference “Patterson/Parham Intersection Improvements” in the subject line.