Upcoming paving projects around Richmond in 2015

Here’s a list of streets you can expect to be repaved through mid-2015. After winter weather and a couple of big snowfalls, the city’s chief current concern is pothole repair–and crews have been out patching hundreds of holes with a vengeance.

That said, it’s no secret that many of Richmond’s roads are in dire need of repaving and repairs.

To that end, here’s a look at current and upcoming paving projects around the city planned by the Department of Public Works through the end of fiscal year 2015 that should make your commute a little smoother and a lot less like driving on the surface of the moon. 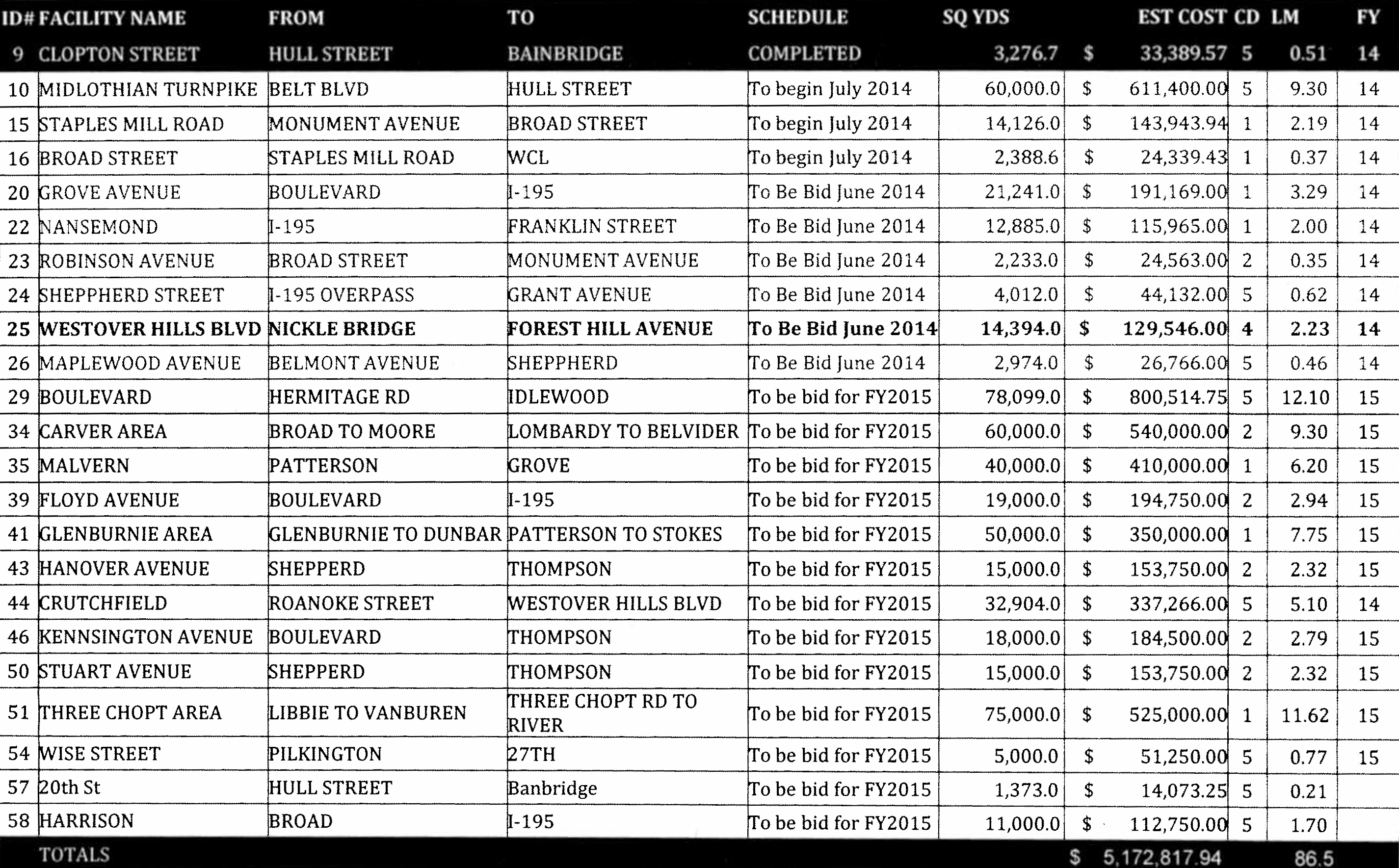