Three arrested, one wanted in connection with gas station robbery

Henrico Police are on the lookout for 19-year-oils Shawn Thibou, accused of armed robbery. Henrico Police report that Shawn Thibou, the lone suspect still wanted in connection with the Monday morning robbery at the Shell station in the 8900 block of West Broad Street, was taken into custody this morning in Henrico County. No further details were available for release at press time.

Police are on the lookout for a suspect following an armed robbery that occurred at the Shell gas station in the 8900 block of West Broad Street just before noon Monday morning. The station is located near West End Drive and the West Tower Shopping Center.

Henrico Police say a black male, armed with a handgun, made demands of the clerk and left with an undisclosed amount of cash. The suspect fled in a vehicle that was occupied by several subjects. No injuries were reported. 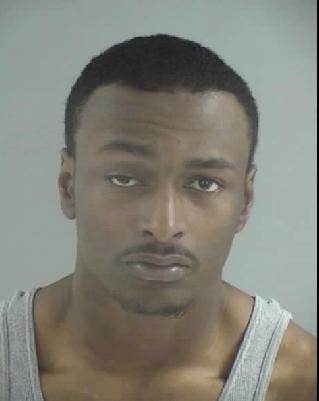 Henrico Police Lt. Linda Toney released the following information about the three suspects arrested and the man who is wanted in connection with the incident.

Arrested and charged with Robbery, Use of a Firearm, and Conspiracy to Commit Robbery: