Taboo covered in a mural

Midlothian get a massive work of art. Artists Jesse Smith and Miguel Del Cuadro have used 20 gallons of paint and 75 cans of spray-paint since they began work on the project last Friday.

“We wanted something — honestly, ironically — something that was not going to cause a stir or a fuss at all,” Barber said. “I wanted something bright and friendly and happy. I definitely did not want to go overtly sexual — I didn’t want it to look like a seedy adult store.”

CBS6 however received a few complaints about the mural being too kid friendly and perhaps attracting kids into the store. However in a moment of internet sanity the poll that CBS6 posted asking whether or not it was appropriate, the public overwhelming said that they saw no issue.

The “controversy” was also picked up by the Daily Mail in the U.K. 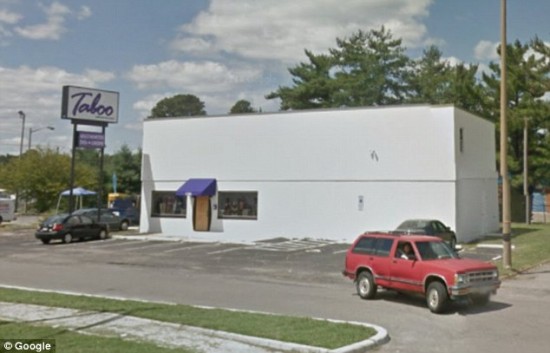 A before view from Google Maps.