Reunited and it feels so good!

Chimborazo python, named Slick, has been reunited with his owner. WTVR is reporting that the owner of the python found last week in Chimborazo Park has claimed his pet.

Yesterday, Lt. Dan Minton tweeted this, along with a photo of the snake’s happy owner: 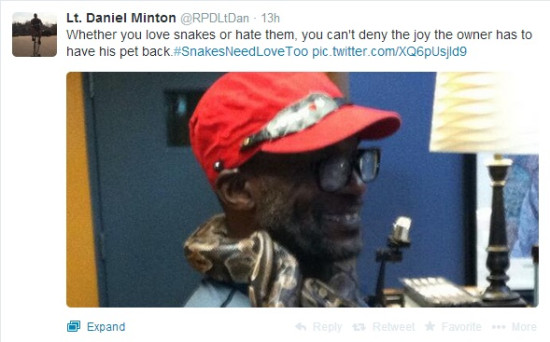