After decades of driving automobiles, mostly small station wagons, over the same city streets, nearly six years ago your narrator switched to using his then-29-year-old bicycle as his primary ride. What a change. It had been years since I’d done much riding. It was a decision made in summertime. At first I was shocked at how soft […] 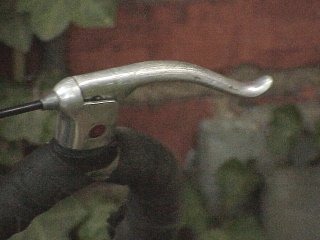 After decades of driving automobiles, mostly small station wagons, over the same city streets, nearly six years ago your narrator switched to using his then-29-year-old bicycle as his primary ride.

It had been years since I’d done much riding. It was a decision made in summertime. At first I was shocked at how soft my legs had gotten. I got over that with a lot of pedaling. Then the weather began to change. It had been even more years since I had ridden in the winter. Once my legs were in a little better shape, I was reminded again of what a great deal that bicycle was when I bought it.

Perched on the seat of my trusty ten-speed, exposed to the elements and staying alert for signs of physical threats, I began to notice things mostly ignored rattling around town in motorized metal boxes on wheels.

In my travels I came upon an accident involving several vehicles. As I negotiated my way around the debris on Floyd Avenue near the post office the sobbing of a young woman caught my attention. She was seated at the wheel of one of the wrecks. Her hands clutched her face. When I came within a few feet of her mangled late-model whatever, the sound of utter despair pouring out of her caught me off-guard; the sound of her crying pierced my practiced detachment.

Although I didn’t know her, for a few seconds my heart raced as if she was dear to me. If I’d been in a car I probably wouldn’t have seen or heard her. Pedaling away it dawned on me that it had been a long time since I had been that close to a young woman crying inconsolably.

A few days later riding across a small bridge over the expressway, a car nudged me too close to the railing and I glanced over at the traffic going by under the bridge.

The sense of being up high and uncomfortably close to the drop-off flipped a caution switch in this old goat’s head.

After a deep breath I enjoyed a private laugh at how much I’ve changed over the years, with regard to heights. Somewhere in my mid-30s, the daredevil boy who had once climbed the WTVR tower for grins was body-snatched; he was replaced by a nervous bozo quite uncomfortable with heights.

Perspective is so important. A high perch can allow us to see more, in a way, but that obscures small details. An automobile expands our range, but it also seals us off. While time can reveal new truths, the process puts a new set of blinders on most of us.

Crossing the bridge the bicycle chain churned smoothly, sounding precisely as it always had, as I wondered if I’ll ever get too scared to ride my bike across such bridges. Maybe I’ll even be afraid to ride at all, one day, I chuckled.

After all, I’ve been too scared to get close enough to a woman to hear her cry for what has become a long time.

Now I have to push away from the keyboard to go fix the flat tire on my bike, a chore I’ve already put off too long.