The development, to be named The Shoppes at Reynolds Crossing, will be located at the corner of Glenside Drive and Forest Avenue.

The shopping center is scheduled t0 open in the spring of 2015.

A 40,000 square foot, two-story office building is also under construction next door, to be occupied by Sheltering Arms and First Tennessee Bank. 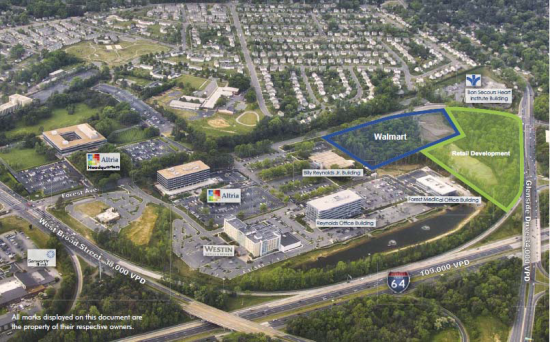