Hopefully some of the kids will be able to catch the races during the rest of the week. Westover Hills Elementary was visited by the Australian cycling team where they fielded questions and talked about the race, cycling, and their homeland. The students treated the Australians to a gift basket chock full of Virginia products. Check out all the photos here. 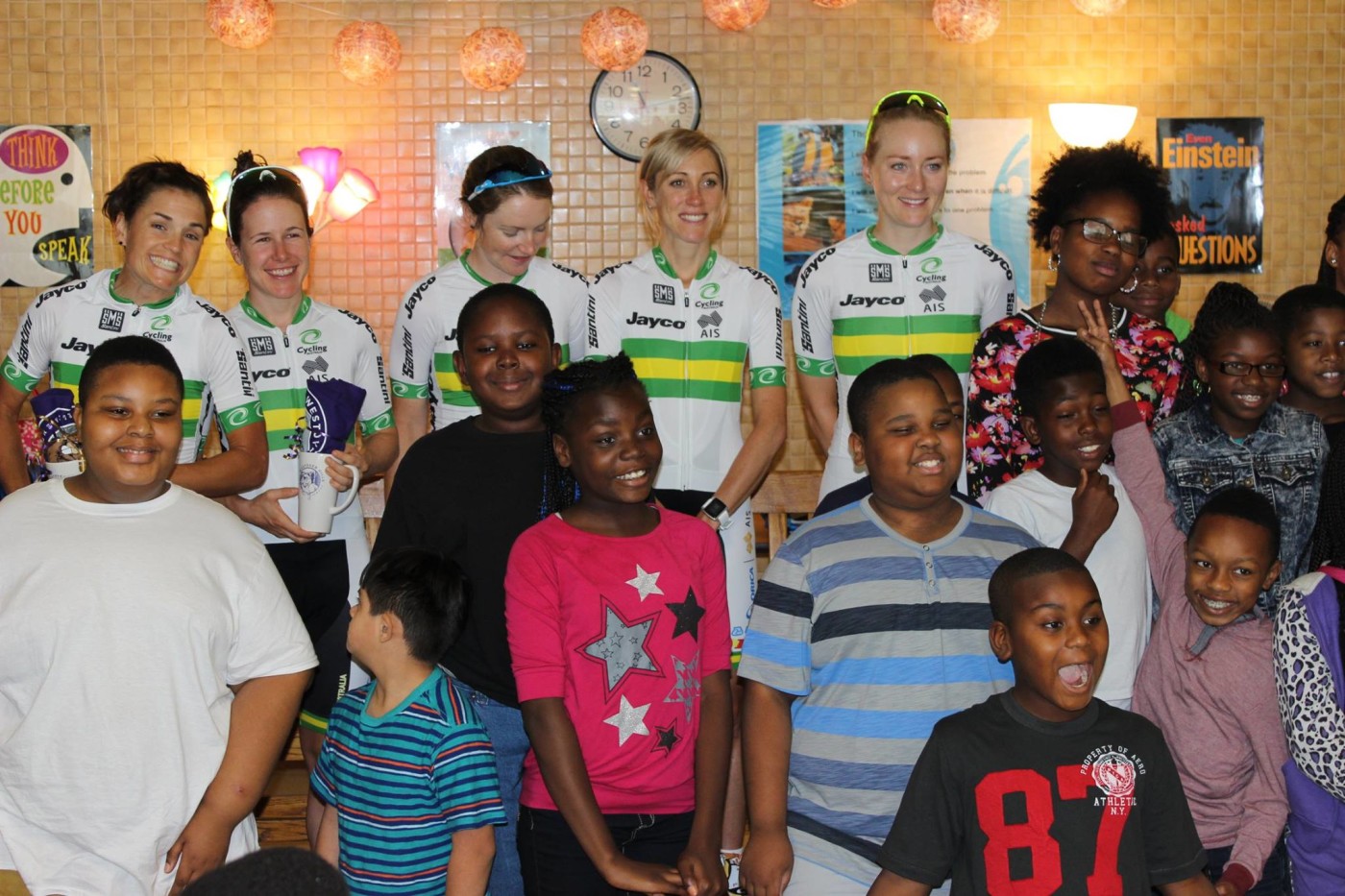 Jefferson Green a teacher at Westover Hills Elementary school had this to say:

I coordinated the event through the great people at Richmond 2015. The kids have been learning about the race in class since the beginning of the school year. Having the race in our backyard, has been an excellent tool through which to teach math, science, and language arts objectives. 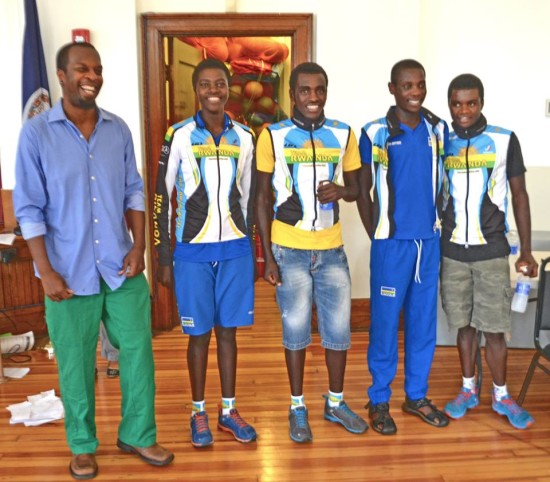 Meanwhile down the road at Patrick Henry they had a visit from Team Rwanda organized by Michael Donovan.  Michael facilitated a question and answer event which was equal parts informative, charming, and inspiring. 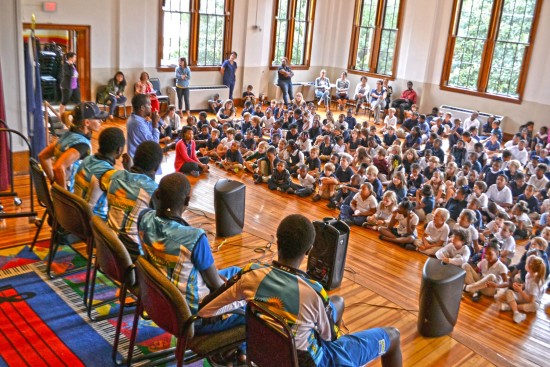