Lance Lipinsky rockabilly Wimberly, Texas A blend of country, blues, R&B and gospel that arose in the mid-1950s, rockabilly wreaked havoc on the musical status quo. Suggestive and audacious, it had a fast and aggressive sound characterized by simple, crisp drumming, vibrant guitar licks and wild boogie piano. The epicenter of rockabilly action was Memphis, […] 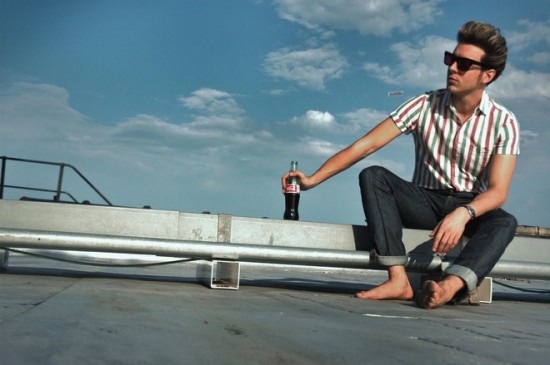 A blend of country, blues, R&B and gospel that arose in the mid-1950s, rockabilly wreaked havoc on the musical status quo. Suggestive and audacious, it had a fast and aggressive sound characterized by simple, crisp drumming, vibrant guitar licks and wild boogie piano. The epicenter of rockabilly action was Memphis, Tennessee, where youthful musical pioneers with swiveling hips and outrageous stage antics shocked, rocked, and changed American music forever. Rockabilly’s heyday was ephemeral, but as the precursor to rock and roll, its legacy was profound.

Since a resurgence of interest that began in the late 1970s, the founding generation of rockabilly artists has achieved cult status with younger audiences, and inspired a new generation of musicians. Foremost among them in terms of sheer talent and electrifying showmanship is singer and boogie piano player extraordinaire Lance Lipinsky (who also plays a mean guitar). His musical stylings are rooted in rockabilly, honky-tonk and early rock and roll, and pay homage to greats like Fats Domino and Jerry Lee Lewis, who Lipinsky is currently portraying in the Tony Award-winning musical production, Million Dollar Quartet. While admitting he might have been born in the wrong decade, Lipinksy’s no imitator. The freshness and immediacy of his performances and the wild enthusiasm of young fans scattered across the globe is a testament to the enduring vitality of his chosen musical milieu and its appeal across generations.

“You don’t know where you’re going if you don’t know where you been,” says the 27-year-old year old Texas native. Born and raised in Wimberly, Texas, Lipinsky grew up exposed to his father’s extraordinary vinyl collection and vibrant live music scene of the Texas hill country and nearly Austin. At age seven, he was sitting in with roadhouse bands. “I’ll never forget the jukeboxes and the shuffleboard tables,” Lance recalls, “and its all still there to this day. . . That’s why Texas will always be my home because. . it never turned its back on real, live music. . . genuine honky-tonk, juke joint music.”

It’s safe to say that while growing up, Lance’s passion for grassroots American music outweighed his interest in science and math. At age 11, he was consumed with learning to play surf guitar like the Ventures. He was fan of the Doors at age 14, which led him to discover the piano. At age 16, he walked out of the classroom go to the restroom, and literally never went back. With the surprise blessing of his parents, he left for Las Vegas to pursue his dream of being an entertainer. As his varied musical interests and influences coalesced, Lipinsky channeled his gifts into the world of rockabilly. The rockabilly scene of today is a surprisingly youthful, worldwide subculture connected by the Internet. Existing apart from mainstream music politics, young artists like Lance promote their shows and music online, and creatively pursue their individual artistic visions without pressures and musical formulas of the music industry.

In 2009, Lipinsky made his debut at the Grand Ole Opry Ryman Auditorium in Nashville. With a growing fan base, international touring, and performing in the Million Dollar Quartet five nights a week at the Apollo in Chicago, this young man with an old soul keeps a busy schedule. “. . . the truth is,” he says, “music is food, something we have to have. . .I’m only doing a continuation of a style of music I love. Whether that style came out in 1957 or 1857, what’s good doesn’t die. This applies for everything in life. Especially art.”