Note: The following piece was posted by Richmond.com on Sept. 12, 2001. Seven years ago, today, I wrote it as I watched television to follow the events of a day like no other. * Before the first hijacked airplane smacked into the World Trade Center at 8:45 a.m., EDT, Sept. 11, 2001, there were millions of vexations, […] 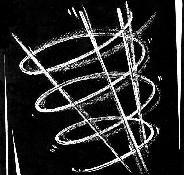 Note: The following piece was posted by Richmond.com on Sept. 12, 2001. Seven years ago, today, I wrote it as I watched television to follow the events of a day like no other.

Before the first hijacked airplane smacked into the World Trade Center at 8:45 a.m., EDT, Sept. 11, 2001, there were millions of vexations, large and small, on the minds of New Yorkers starting their workday.

Suddenly, all those thoughts vanished in the fireball that began the series of explosions that destroyed the rosy illusion shared by many; that New York and Virginia were safe from large-scale terrorist attacks.

The collapse of Manhattan’s World Trade Center Towers, 110 stories tall, and the penetration of the Pentagon in Arlington provided us, one and all, with the stuff of nightmares.

At the same time, the inspirational stories of the heroism of professional rescuers and ordinary citizens have already provided hope for red-eyed television viewers everywhere that decency and courage will endure in this country, in spite of the heinous acts of mass murderers. Some of the gut-wrenching images provided by television’s instant news capability will no doubt prove to be indelible.

They will be remembered always, just as images associated with the stunning assassination of President John F. Kennedy on Nov. 22, 1963. The shock of watching the supposed assassin, Lee Harvey Oswald, murdered on live TV by Jack Ruby remains palpable for this scribe to this day.

Watching that Boeing 767 bank into the second of the two WTC towers to be hit, some 18 minutes after the first crash, is certainly a picture that millions will remember forever; not unlike the bewildering explosion of the Challenger Space Shuttle on Jan. 26, 1986.

As with the Pearl Harbor sneak attack 60 years ago, life for families in New York, Virginia, and all across America has changed suddenly and forever. The lull enjoyed in this country, before this newest day of infamy, has literally gone up in smoke.

Comparisons to those three tragedies are fair, even though there are clear differences. It’s only natural that a nation rocked by the impact of such events try to get its arms around the context of what has happened.

Yet, in terms of death and destruction in a single day for America, it appears that a new standard has been set. Here are four of the better-known events involving many sudden deaths that come to mind:

In trying to understand what has happened, policy-makers have been confronted with a glaring new shade of truth: theface of terrorism has changed. No longer is the suicidal terrorist merely a lathered up loner in a car, lit up with primitive religious zeal. Now his imagination and ability to coordinate with others of his ilk are just the very low-tech tools that our high-tech systems can’t always handle.

Coughing in the smoke and bloody debris of the grisly scene in lower Manhattan, as the search for survivors continues, it must be accepted that in some dark corners of the world teams of suicidal hijackers can be found and trained to act with utter precision.

OK. Then let’s deal with it; punish the guilty if we can. But more important, let’s do more to preempt their cruel intentions before they commandeer an airliner. And, let’s do more to be sure that America, itself, isn’t seen by others as a nation willing to use terrorism abroad, or a nation soft on homegrown terrorism when it serves political expediency.

As far as elected leaders are concerned, this unprecedented situation has turned into a crucible, testing mettle like never before. Only one day after the explosions it’s already obvious that some high-profile officials are acting responsibly and others are not. The distinction between those trying to promote a sense of calm resolve and those trying to stir up and cash in on anger is marked.

Americans need to get back to their everyday jobs, petty vexations and their optimistic plans for family vacations as soon as possible. Similarly, Major League Baseball games and other such treasured activities should resume sooner, rather than later.

As the smoke clears in lower Manhattan and Northern Virginia, our nation must pull together just as it did after Pearl Harbor. As in 1941 there’s a big job ahead. The mission, after we bury our dead, is to convince the entire world that terror is a tool of the past.

America, with its enormous resources, must do much more than has been done in the past to undermine the support of the world’s terrorists, wherever they are and whoever they are.