Bring a game you can’t get to the table at home. 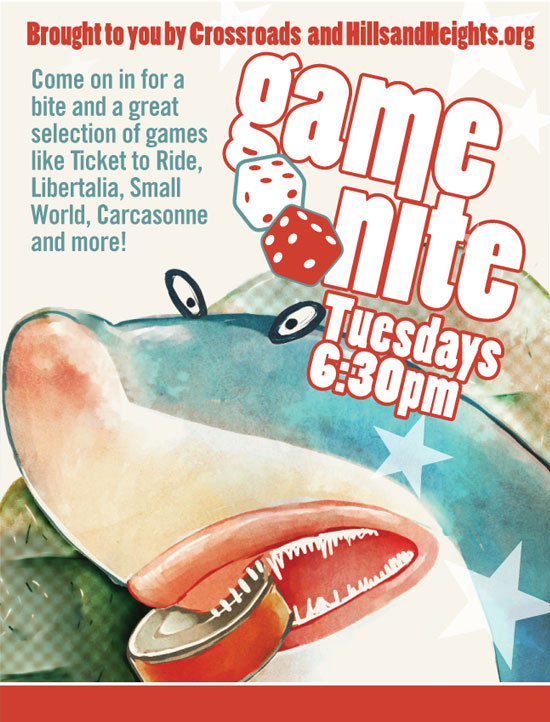 Artic Scavengers is likely to get another playing but who knows what other gaming pleasure await your arrival. Also, I’ll be sneezing and sniffling because apparently all the trees want me dead and are spreading their poison all about in an effort to stop my breathing.

Now it’s time for a Settlers of Catan comic strip by Dork Tower. I think you can tell by the title what kind of comics to expect, check it out at the link.

Oh and Walking on Sunshine for all you young pups out there.