The proposed plan aims to be completed by the end of 2014. According to a release from the office of the Mayor’s Press Secretary, ExxonMobil will submit “remediation and improvement” plans for  Ancarrow’s Landing.

Here are the proposed improvements ExxonMobil is planning to complete by the end of 2014:

The press release also states that ExxonMobil voluntarily agreed to clean up the existing site. The area was once home to a fertilizer plant, which contaminated the soil over the span of several decades. While the existing area is said to be safe currently, the redevelopment will include the removal of a large amount soil, to the tune of some 5,000 cubic yards.

According to Richmondoutside.com, Ancarrow’s Landing is an often overlooked part of the James River Park Association:

It is a functional boat landing in the tidal waters of the James, popular with fisherman and motor boaters. The acreage is largely dedicated to parking. The small series of trails in the park are mostly made my fishermen looking for the right spot to cast their lines…Ancarrow’s is a popular fishing area, especially in the spring. There is a wooded trail that connects the park to Floodwall Walk, which is part of the Richmond Slave Trail. Great Shiplock Park, Chapel Island and the Intermediate Terminal are in view across the river. 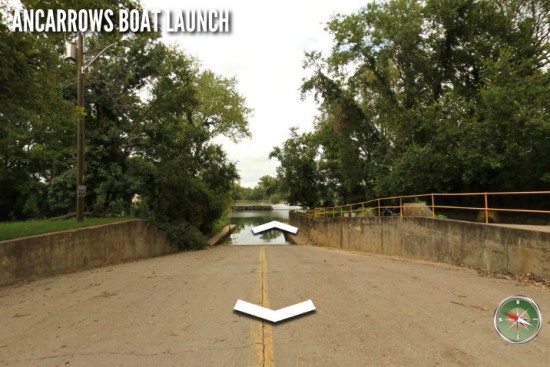 As you can see, this issue is the last item on the list for the Urban Design Committee’s meeting this morning at 10:00 AM. The Richmond City Planning Commission will take the proposal under consideration during their own meeting on May 19th.