Vic Wise is the man and feet behind Freedom Ruck. On January 9th, Vic Wise is going to strap a 50 pound rucksack on his back at the Virginia War Memorial. After everything is adjusted and resting comfortably Vic will stroll over to Route 1, continue walking and won’t stop for about 100 miles until he reaches Arlington National Cemetery. 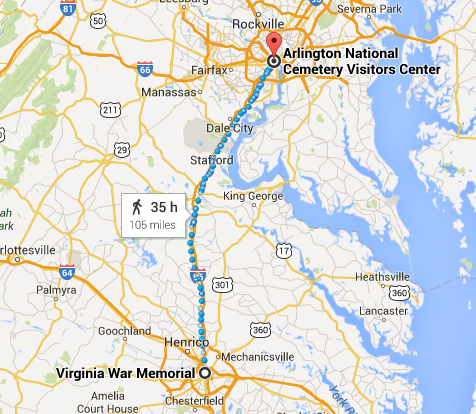 This effort is called the Freedom Ruck and is done to honor and raise awareness for U.S. Navy SEALs and their families.

“The goal of Freedom Ruck is to inspire the general public to thank current and former service members. Freedom Ruck encourages others to stand behind these heroes and their families and show support for America’s elite,” said Wise. You can see him discussing Freedom Ruck in more detail on YouTube.

The goal is to finish the walk in 48 hours but to keep that pace will take a toll. Vic lost 12 pounds in the course of the two days when he did this last year, which was doubly unpleasant due to rain. He did however meet his goal last year with about 18 minutes to spare.

You’ll be able to keep track of this year’s effort on Facebook (which has some pictures from last year), Twitter, and Instagram. When Vic’s not walking to honor Navy SEALs you’ll likely find him at his day job at The Martin Agency. 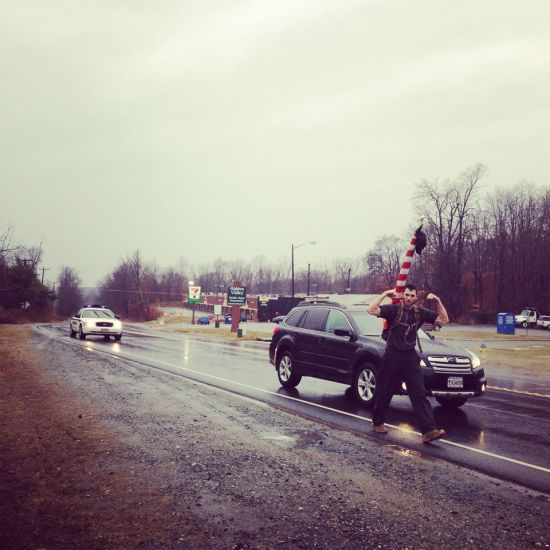 This picture was taken in Stafford County.