Why this Richmonder will always “Feed the Byrd”

Abby Waller knows the importance of an extra buck to the always-hungry Byrd. This is her love letter. I love going to the Byrd Theatre. I’m pretty sure you might feel the same way. Yeah, yeah, I know there are parts of it that are in super shabby condition. The women’s bathroom ceiling is well…mostly not there, one one of the doors doesn’t lock, there’s a big ‘ol line on the huge movie screen, and of course, there are the infamously uncomfy seats.

BUTT…what the Byrd lacks in comfort for your derriere, it more than makes up for in nostalgia and unparalleled beauty. This 87-year-old movie palace holds a special place in the hearts of most Richmonders, and though she’s a bit tattered and rough around the edges, a lot of the charm of this well-worn old Byrd can still hit you right in the feels. 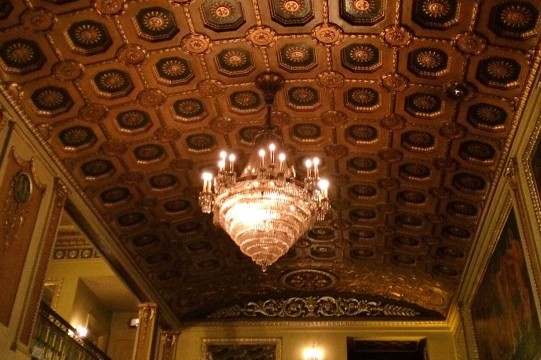 When you walk into the Byrd, you travel back to a time when going to the movies was like going to the opera or any other ritzy black tie event. Movies were cherished; movies were magic.

I remember going to the Byrd for the very first time with my family. I was 12 years old, and my family had recently moved to Virginia from Illinois. I’d never seen anything like it. As I took in the deep red velvet curtain covering the movie screen, the lavish golden details, and the sparkling heart of this baroque Byrd: a two-and-a-half ton chandelier overhead, I was absolutely filled with wonder. It was like Christmas morning, and I will never forget it.

The movie palace is filled with memories for me. I sat in the balcony only once, with my first crush ever. We went to see The Mask of Zorro, and I nervously ate snacks while sneaking glances at her as she laughed. I wanted to hold her hand, but I just sat in my seat nibbling popcorn and Junior Mints, a flavor combination that will always make me think of her.

These days, I go to the Byrd not just for the chance to see a second-run feature film for $2, but to get the whole sensory experience–including the much-adored anti-litter PSA that plays before each movie. What else unites every Richmonder like the fact that we can all recite that thing like pros? And as a bonus, now those late 80s and early 90s fashions are back on trend! You can probably score a sweater a lot like this lady’s epic pink one at Rumors for like 15 bucks. 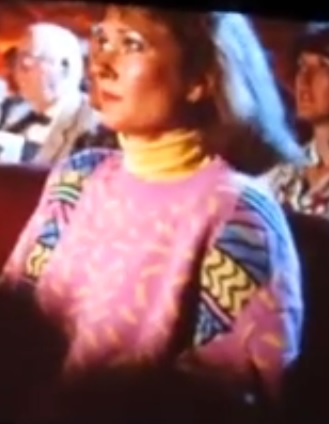 The Byrd is hungry for a bit more than the $2 we pay for tickets. Just one more dollar from each moviegoer, each time, will help to ensure that future generations will be able to behold all that we’ve had the privilege to, throughout our lifetimes. Preserving the Byrd Theatre is not about saving a movie theater, it is about preserving a vital piece of what makes Richmond…well, Richmond. Carytown is something so many of us know and love, and the Byrd is its undeniable heart. We must, as a community, chip in to do what we can to make sure it keeps on beating.

Next time you find yourself nestled in for a two-hour journey at the Byrd, consider contributing just another buck from your bag to feed the Byrd. Think of it as contributing one more dollar towards keeping that amazing Danny Tanner sweater alive.

Feed the Byrd, it’s what Mary Poppins would have wanted.

The Byrd Foundation’s Restoration Master Plan (Google Doc) lays out the plan, including costs for each project and a timeline with completed milestones and ones still on the horizon. Organ restoration! Those bathrooms! The dang seats! It’s all there, with how much each one will cost. Martinez+Johnson landed the restoration partnership earlier this year.

With much community support, the Byrd was able to purchase a new digital projector. Check out our June feature about the Byrd’s projector woes.

The Foundation’s State of the Byrd (PDF) is also available online and outlines the what the foundation has done, spending plans for the future, and how it’s partnering with the community.

Other ways to get involved

The Byrd has published its own list of ways you can help the situation, including fun events to attend, the Amazing Raise, and going to film festivals (which is probably the most enjoyable way to spend a weekend).

You can also donate online, say, if you want to just pre-pay your extra dollar in advance. Plan to go to the Byrd 20 times this year and put it an extra dollar each time? $20 right now will free your conscience from the potential birdcage of not carrying cash!

Want to help out in other ways? Fill out the volunteer form and they’ll get in touch.