RB’s Studio Series starts tonight, but you may have no idea what that’s even all about! From the In Studio open rehearsal of “Stolen Moments” by Val Caniparoli. Photo by Sarah Ferguson.

Summer is all well and good, but fall brings with it the advent of the performing arts season. What will we do this year!? What will we get to see!? It’s a weird position to be in, sort of like we’ve put all our future fun into the hands of these hardworking Executive Directors and Creative Directors and Whatever-Else Directors.

Richmond Ballet makes it a priority to not disappoint–they push their bodies, their limits, and our perceptions of what dance can be, while still keeping it real with beautifully interpreted classics.

A couple of weeks ago, RB hosted their very first “In Studio,” a happy hour and open rehearsal aimed at young professionals. It gives the dancers a chance to perform directly to their peers and then hang out afterwards, eating some food, drinking some wine, and answering questions. 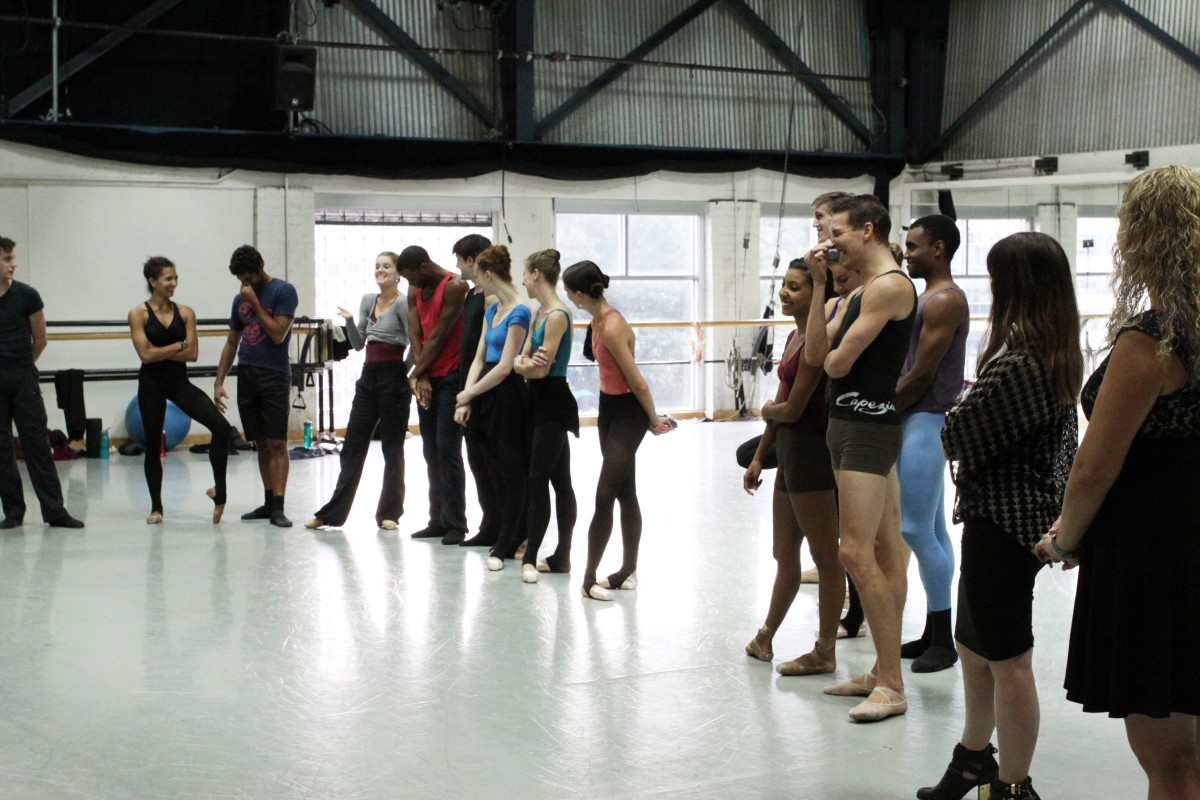 Dancers introduce themselves at In Studio rehearsal of “Stolen Moments.” Photo by Sarah Ferguson.

Over the years, the folks at Richmond Ballet are very used to answering my questions. I’ve been fascinated by the art since I began covering it six or seven years ago–but, like fascinated in a way that prevents me from doing any research on my own. I like to show up, take it all in, have my own feelings about it, ask questions to the dancers, choreographers, and other staff about what the experience was like for them, and that’s usually enough for me. The idea of knowing what each step is called and how it’s most perfectly executed…well, that’s their problem, I figure. They’re in the business of conveying and inspiring emotion, and I’m in the business of consuming it.

So I emceed this event, is what I’m getting at, and I quickly realized that many folks know too little about the ballet! And I don’t mean “they know too little about pirouettes.” I mean, they don’t know about the Richmond Ballet, what the Studio Series is, that dance can be a lot more than tutus, and what the life of a dancer is like (grueling yet exhilarating is the consensus).

Full-length ballets like Coppelia, Swan Lake, Cinderella, or, of course, The Nutcracker are generally a few hours long, on a big ol’ stage (usually the Carpenter Theatre), and involve elaborate sets, large casts, and tell a very distinct story. They’re the productions you think of when you think of “going to the ballet,” probably.

Richmond Ballet performs two of these annually: The Nutcracker in December and another one in February. Nutcracker involves students from the school (even some of the little ones), the whole cast, and only has significant changes once every couple of decades. I absolutely adore it, but it’s not for everyone. To me, it’s not Christmas without the Snow Queen getting lifted off the stage by her King as the snowflakes fall. To you, that may sound like torture. But keep reading.

This year for the big storybook production in February, we’ve got Prokofiev’s Romeo and Juliet, but more about that in 2016.

The little, fascinating ones

The Studio Series are little collections of much, much shorter ballets. Usually, RB Artistic Director Stoner Winslett tries to program it so that we’re treated to modern dance, ballet (there’s a difference–the former is more about using gravity and the ground and the latter is more about lifting the body up, but it can still be very contemporary), and even some storybook-type stuff thrown in. 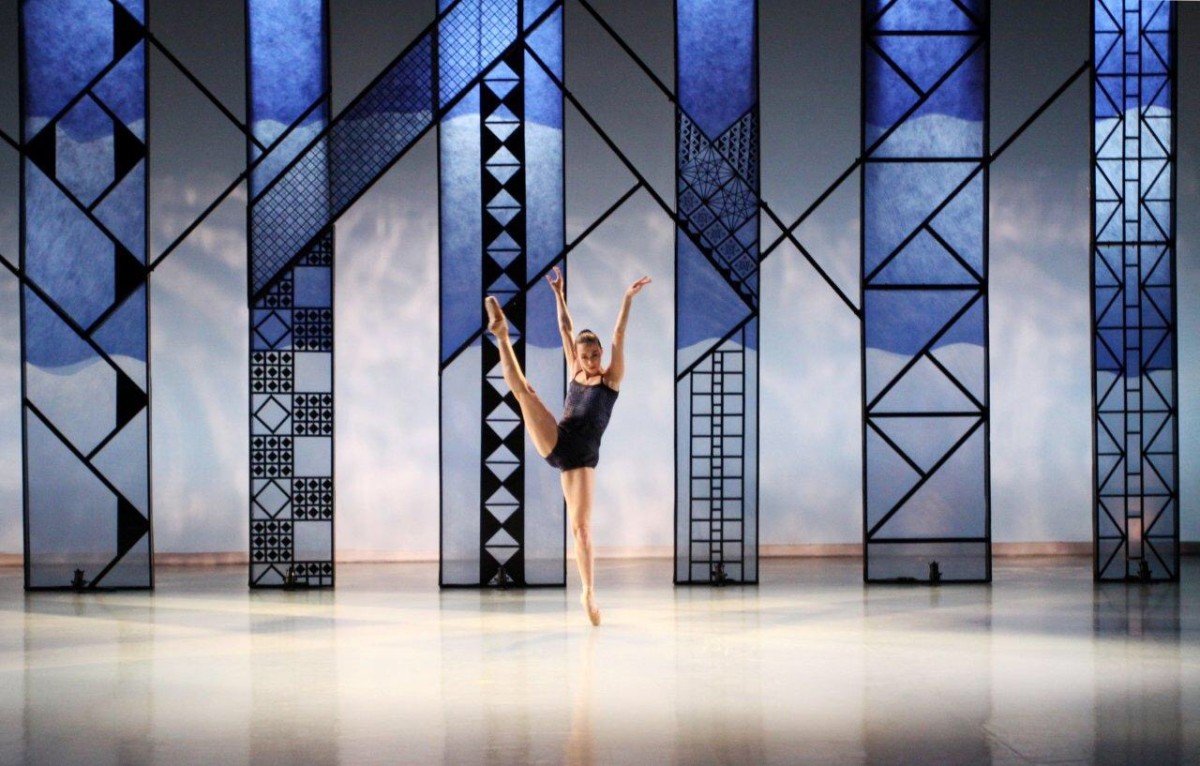 It takes place at Richmond Ballet’s headquarters on Canal Street, where they’ll convert two of their rehearsal studios into a small theater for the performances. It’s a complete production, though, don’t get the wrong idea. The Studio Series gives you the distinct and unusual advantage of being right up close and personal to professional costumes, lighting, stage design, and, of course, stunning physical prowess and world-class talent.

There are typically four studios per year and each one consists of somewhere between two and four pieces per iteration. Occasionally (including this year), you’ll get a performance that–for various reasons–needs to be at Carpenter instead. Maybe it’s a special occasion or maybe it’s just a bigger production than the Canal Street address can handle. Or maybe they expect such a large crowd that they need the extra seating. Sometimes, these aren’t listed as part of the Studio Series proper, but they still exist in the “not full-length feature” realm.

The absolute best thing about the Studio Series is that–way more often than you’d think–Richmond Ballet commissions an entirely new work from a choreographer they’re excited about. When you see a “World Premiere” on the schedule, that’s what that refers to. A choreographer, usually one who’s worked with RB before and is (of course) in love with them (because they are intensely lovable), will pull out an idea they’ve been toying with, using this opportunity to flesh it out and bring it to life.

A World Premiere will often be accompanied by an old favorite, whether that’s a beautiful Balanchine (the art’s most famous choreographer and the guy who basically invented classical style) or a more contemporary work that RB fans have seen and loved before. 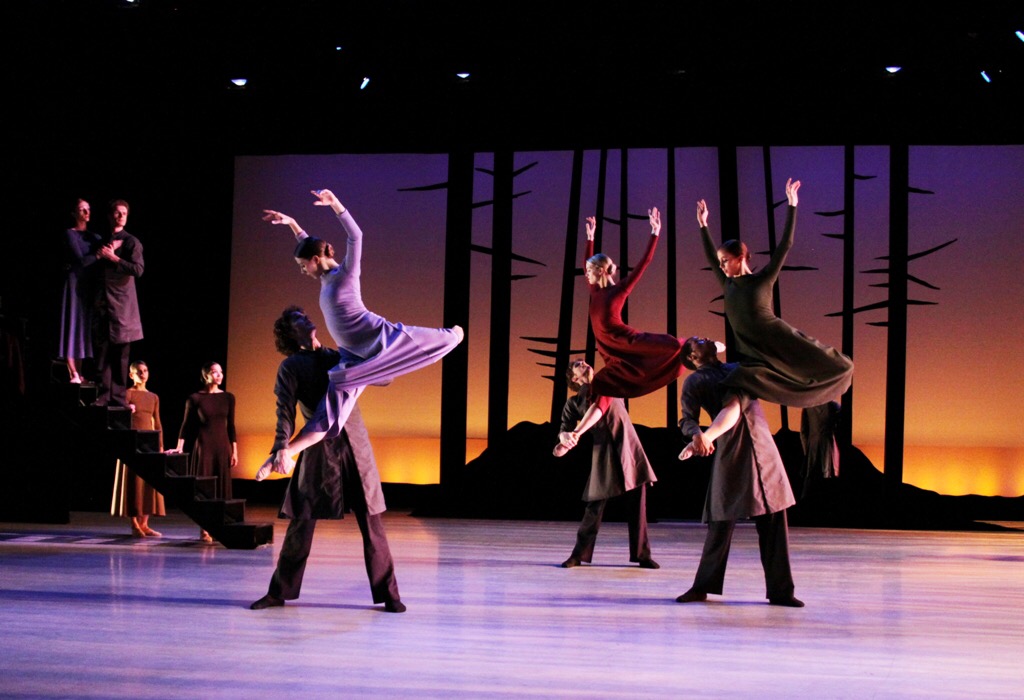 Studio Series start at 6:30 PM, include an intermission (during which you can purchase wine, beer, snacks, and whatnot at the Ballet Barre), and are usually over by 8:00 PM. It’s short, much too short, if you ask me. And that’s saying something, considering I go eat at Edo’s Squid afterwards, every single time. Even with a stomach clamoring for garlicky pasta, I still want the dancing to go on forever.

The ballet has its own parking lot, and there’s plenty of street parking, too. Dancers from the school will greet you at the door and point you the way to the theater.

How it’ll make you feel

That’s up to you. Maybe you’ll feel nothing. I’ve figured out that there are some ballets that click with me and some that don’t. I can’t really tell you what something is that makes my chest hurt in a good way, but before I know it, it’s happening and I’m covertly wiping tears away, pretending like it’s just the thought of spaghetti in my future that’s making me so emotional.

Now’s your chance to get in on all the action. Studio One begins tonight and stretches through the weekend (there are two performances on both Saturday and Sunday!).

Fancy Free is a classic, and one of the rare ballets that incorporates a lot of humor into its storytelling. An inspiration for the Gene Kelley film On the Town, three sailors on leave have a lot of fun wooing some ladies. RB dancer Trevor Davis does a really amazing leap, and if you ask him about it in person, he will blush. Leonard Bernstein (of West Side Story fame) is the composer, and Jerome Robbins the choreographer. Both are so legendary, it is almost like we are in their presence in this intimate setting. I’ve seen Fancy Free before, but only at Carpenter, so this will be a real treat. 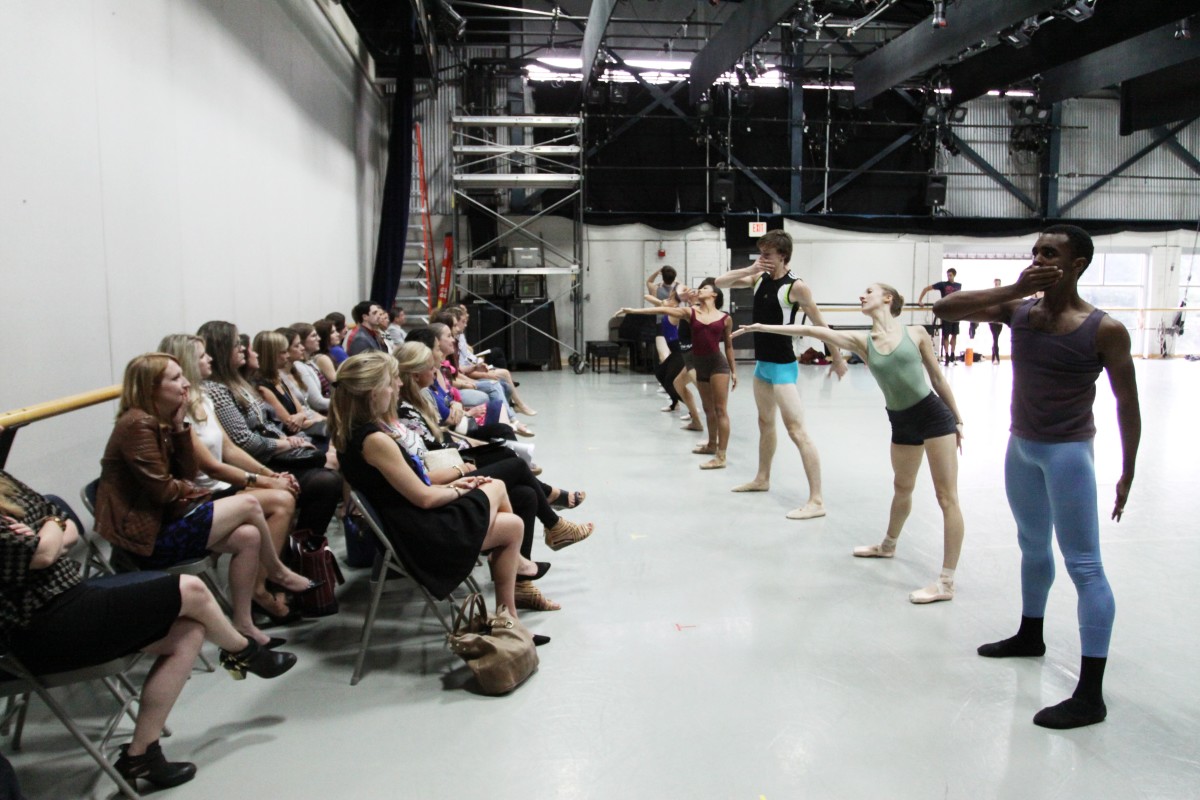 Stolen Moments is one of those World Premieres I’ve been babbling about! Val Caniparoli, whose Swipe is an RB fan favorite and made a huge splash in China earlier this year, is back with Stolen Moments. We watched the rehearsal of it at In Studio, and you’ll want to see this. It was one of the ones that clicked. Elena Bello, who moved up from RB’s traveling company a couple of years ago, has totally come into her own as a principal role in this piece, alongside newcomer Mate Szentes. Even in rehearsal clothes, practicing in front of us, they made jaws drop. A very contemporary piece set against a much less avant-garde score, the combination is mesmerizing. I can’t wait to see it again tonight.

How to get tickets