Now that Oscar noms are out, you should really start to prioritize your movie watching. Her, directed and written by Spike Jonze, picked up nominations for Best Picture and Original Screenplay, and is (for now) still showing in Richmond theaters. It’s totally worth your time!

Her explores some of the standard themes of inter-human relationships: romance, growing together, growing apart, feelings of inadequacy, bursts of sexual excitement, and rejection. In Her, one of the humans is played by Joaquin Phoenix, the other is not a human but a bodyless artificial intelligence voiced by Scarlett Johansson. Breathy and adorable, like most ScarJo characters, Samantha the AI begins to change, grow, and fall in love with Theodore Twombly the introverted human–who’s doing his own bit of growing, changing, and falling in love.

Jonze builds a pretty neat near-future world for Twombly to mope around in as he struggles to recover from a recent breakup. It’s definitely the future (with some external scenes shot in Shanghai), but it’s not a distracting, cold future made of spandex and turtlenecks. It’s pretty much the opposite of Minority Report: warm, personal, and slowly paced. Joaquin is wonderful to watch, and while ScarJo’s voice acting borders on the over-adorable at times, she’s my pick for the next voice of The Computer on Star Trek. —R 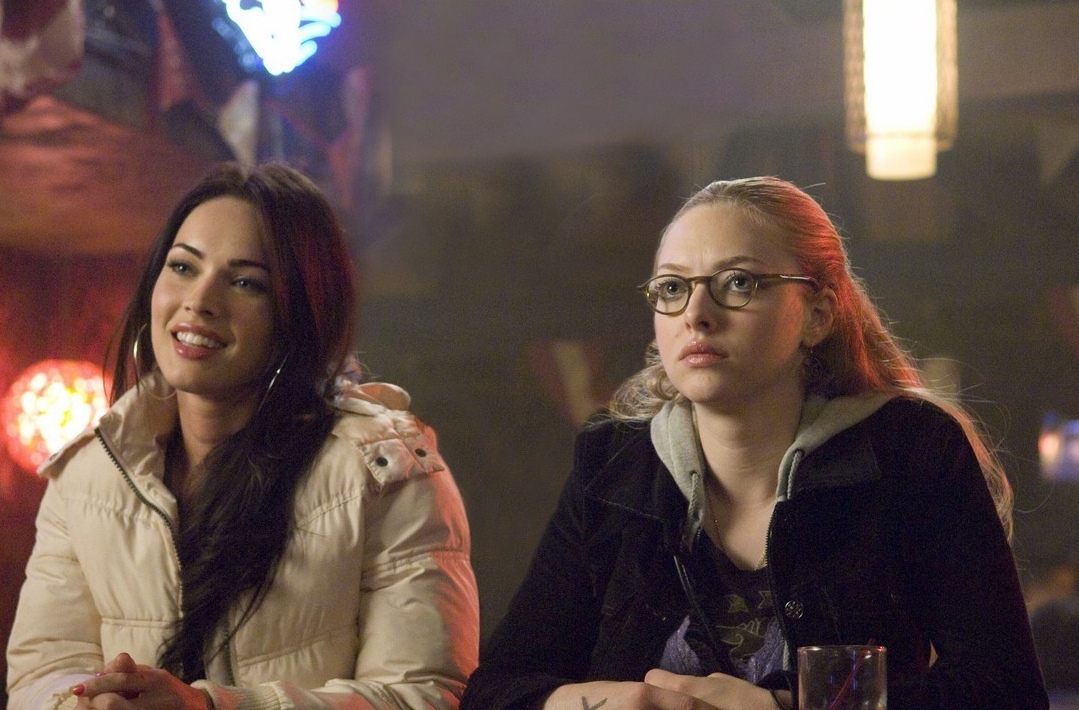 It’s hard to dislike anything that involves indie bands making deals with Satan, metaphors about man-eating high school glamazons, and Hole references. Jennifer’s Body, written by Juno screenwriter Diablo Cody, is a cute horror film with a special kind of teen girl camp that keeps it going despite some weird pacing. Megan Fox and Amanda Seyfried are besties with a weird tension that borders on sexual, keeping Needy (Seyfried) in an idol-worshipping position re: Jennifer (Fox). Jennifer sucks a ton already, so when she becomes a demon one night after a tragic event, all bets are off! Frenemies become murder suspects! Sexual aggression has new meaning! Etc etc!

While it was entertaining, sharply written, and at times really intuitive about female teen friendships, Jennifer’s Body sometimes weirded me out with its victim-blaming. On the whole, though, it played with a bunch of tropes, and that’s tough to beat. —S 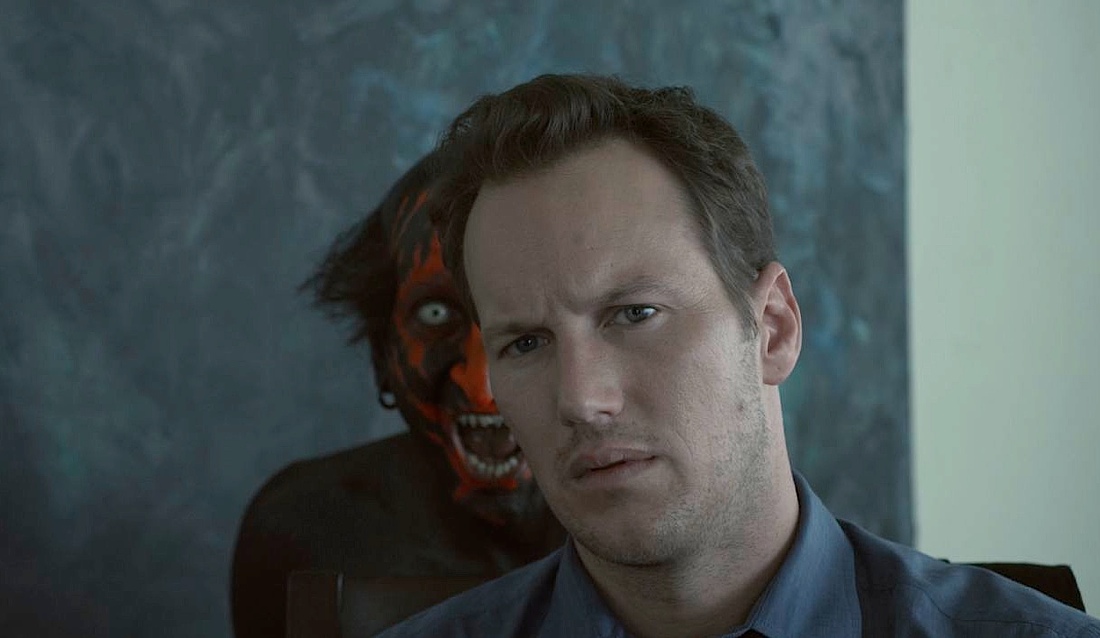 You’d think, based off the film’s poster, that Insidious was yet another “Creepy Kid Kills Family” flick. You know the type: a washed out color palette; a young, dark, and serious kid who, once possessed by a demon or some such, becomes violent; and plenty of jump scares as ghostly horrors slip by windows or door frames. But really, Insidious is more interesting that that, and while it starts in the same familiar place, it ends up somewhere totally different.

Well, totally different if you haven’t seen any Nightmare on Elm Street films (or any of the fantastical horror movies from around that time). The second half of Insidious features bold, warm colors, quirky demons, and some good one liners (remember when horror movies used to be funny?). It’s kind of refreshing in this post- The Ring world we live in. —R 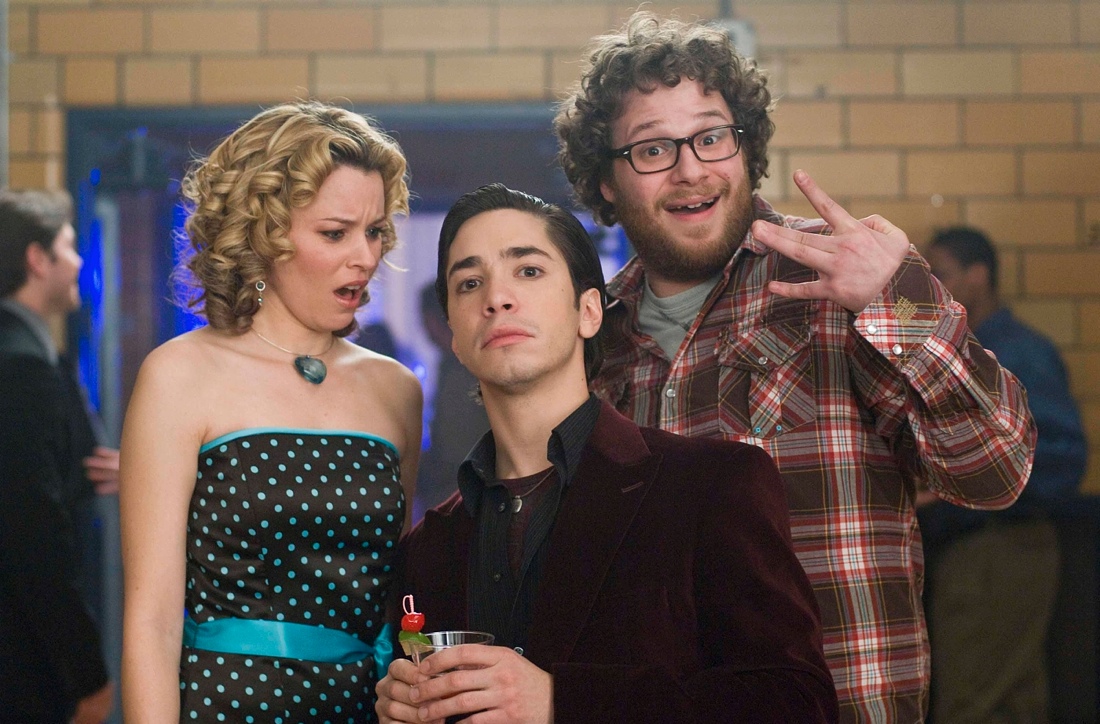 A weird thing happened back in 2008. Kevin Smith directed a really solid and maybe even meaningful sex scene that stars Seth Rogen??

Pick that jaw up off the floor, my friend! This film, which stars Rogen and the always-incredible Elizabeth Banks, tells the story of two broke BFFs who do what every pair of broke BFFs would do and decide to make a terrible adult film and see if people will pay to watch it. By Zack’s logic, “Everyone wants to watch anyone fucking!” It’s a story about how sometimes love is where you least expect it (if you’re not every person watching this film), but it’s also a story about “making love” versus the aforementioned fucking. And it’s kind of sweetly done?!

It IS a Kevin Smith comedy, however, and the “sometimes women have saggy boobs” and “haha poop is funny” jokes can get a little tiresome. Plus, everyone’s motivations are pretty weak and terrible. But it stars that guy from Clerks (you know, “salsa shark” guy), Traci Lords, Craig Robinson, AND Jason Mewes, whom you may know as “Jay.” (You’ll also know him in a lot of other ways, because dude is straight up naked all over this film.) The cast is good even if the script is barely held together, and I’m not sure you could say it’s Smith’s best work, but it’s worth a watch. Even just for that one Rogen-hott scene. WHAT, WHAT DID I JUST SAY? WHAT IS HAPPENING TO THE WORLD. —S