Robots, aliens, and monsters, oh my. Kerry Talbott was well known in the art community of Richmond & VCU and was a friend of the folks at Velocity Comics. Kerry lost his battle with brain cancer in October. Earlier this year there was a memorial fundraiser show at Plan Zero in Manchester. The show featured local artists creating what Kerry loved best, monster, robots and aliens.

That show wrapped up but Velocity is making it possible for those that missed out to purchase 12” x 18” prints of some of the art featured. I posted a few above and below, you can check out the rest and purchase online. 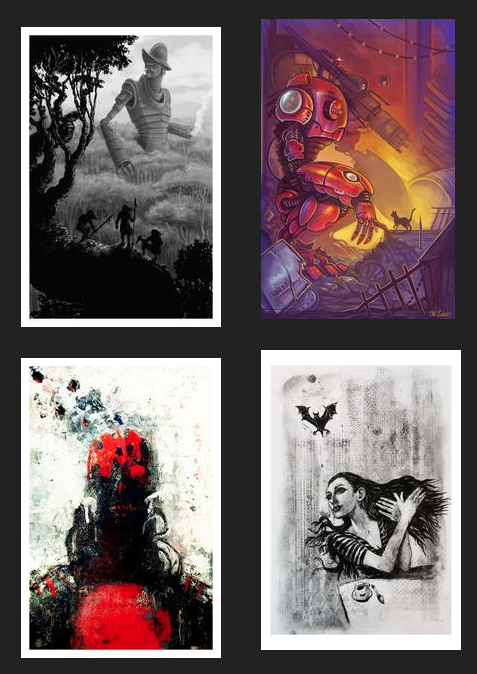